The G4 and G4 Plus made all the headlines earlier today following a New Delhi announcement, but a lower-end, lower-cost Moto G4 Play is also coming.

While we figured the relative recent silence on the third-gen Moto E rumor front was due to the phone’s humble nature, and the waiting caused by managerial uncertainty and structural Lenovo changes, it’s also possible the ultra-low-cost, entry-level lineup actually got the boot.

But don’t worry, the new Motorola by Lenovo has its most cash-strapped fans covered once again, with the Moto G4 Play announced on the heels of its higher-end G4 and G4 Plus siblings earlier today.

Although it bears a strong physical resemblance to the 5.5-inch, non-fingerprint-recognizing Moto G4, the G4 Play shares more things in common under the hood with last year’s G3. The same aging quad-core Snapdragon 410 processor runs the hardware show, alongside 2GB RAM, whereas battery life is probably greatly improved, courtesy of a much larger 2,800 mAh cell.

Even if it isn’t, you’re now offered rapid charging support via a 10W accessory sold separately, which provides “hours of power in just minutes of charging.” It’s also worth pointing out Motorola somehow managed to keep the 2015 G’s 5-inch screen intact, crank up the juicer’s size, and slim down the profile to 9.9mm, as well as reduce device weight to 137 grams. 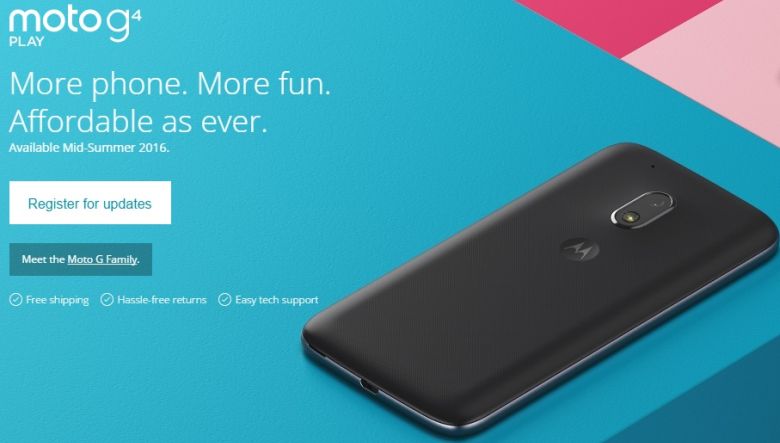 The display is of course “only” HD-capable, the 16GB internal storage can be expanded with a microSD card, while the rear-facing camera weirdly downgrades last year’s 13 megapixel count to 8. You’re still looking at a 5MP selfie shooter, though, 4G LTE connectivity, pre-installed near-stock Android 6.0.1 Marshmallow, and a water repellant nano-coating.

No official word on pricing yet, but hearing the Moto G4 and G4 Plus unveiled in India will cost £170 and £200 on British shores makes us hope for a $120 or so G4 Play tag stateside. Too bad the US launches of all three handhelds are scheduled for “mid-summer.”

HAUWEI P40 is the new photography-centric flagship phone on the block, but how does it fare against the HUAWEI Mate 30 on paper? Check it out here.

The new iPhone 9 or iPhone SE keeps showing up everywhere, and we are just waiting for…