Motorola’s Moto 360 is finally here, the first round Android Wear watch on the market

It’s happening: after many months of anticipation and teasers, the Motorola Moto 360 – the first round Android Wear watch – is now official.

We’ve been anticipating it for months, ever since Google announced an early preview of the Android Wear SDK, and it’s now finally here. In a matter of mere hours (perhaps less, if you can convince Best Buy to sell it to you early), you’ll be able to pick yourself up a brand new Motorola Moto 360. 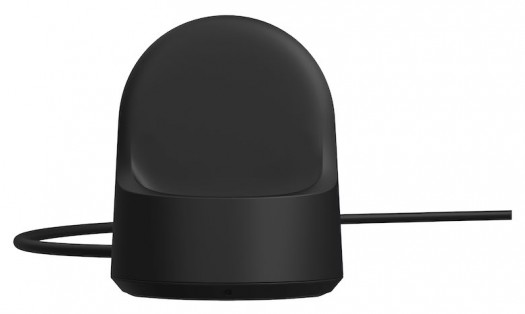 As it turns out, much of the speculation and many of the leaks about the Moto 360 were spot on. The modern-day timepiece offers up a detachable leather band, though you may not want to remove the one that comes with it – it’s custom-built with genuine Horween leather specifically for the watch. There’s a 1.56-inch display, a 24-hour battery life rating, and there’s wireless charging through an included dock (pictured to the right).

In case you were one of the vocal few about the Moto 360’s “flat tire” design – a reference to the fact that the display isn’t entirely circular, with a small strip of bezel hanging out toward the bottom of the display – Motorola claims it was a design choice made so there could be a thinner bezel overall.

Talking more about the software, there’s Android Wear optimized for the circular display of the Moto 360. You can lift up the watch to get the screen to power on, “OK Google” voice activation is supported, and there’s an optical heart rate sensor available too.

The Moto 360 will be available in black leather and a limited-edition grey leather with suede finish at noon Eastern today at Best Buy, Google Play, and Motorola’s own website. This model will run you $249 just as expected. If you were wanting one of the two stainless steel models, those will be available later this fall (sigh) for $299.99. If you purchase a Moto 360 today with the leather strap, you can later pony up $79.99 to get yourself a stainless steel band once they become available; if you want another leather band for some reason, those will cost $29.99.

Availability is restricted to the US for now, but Motorola made it clear to us that plans for global expansion are present. We have a Moto 360 review unit at this time, so check in later today to watch our hands-on coverage of the new smartwatch. 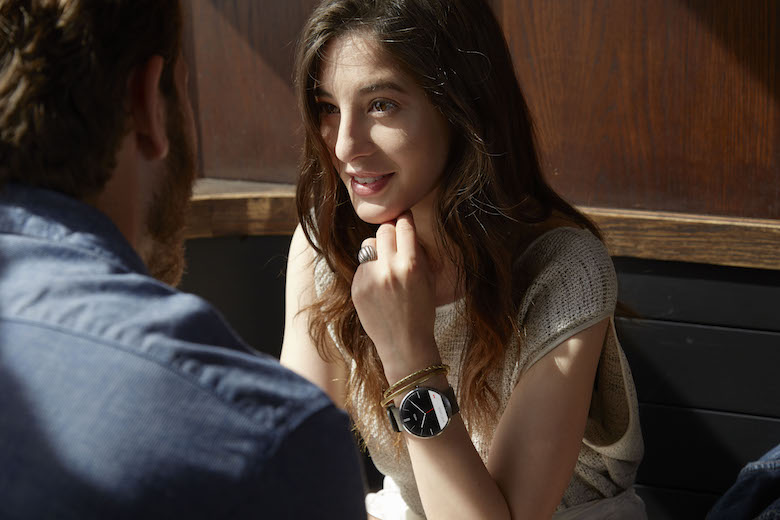