MotoMod hinted to give 10X optical zoom to Moto Z

Lenovo is teasing on its Weibo account an accessory using the rumored Moto Z’s connector pins to attach a 10x optical zoom lens to the phone.

The Chinese like to describe things with extended metaphors and poems. Lenovo is a Chinese smartphone manufacturer. It owns the Moto brand which has a new device ready for launch tomorrow. And sometimes, it likes to get really wordy — like pretentious marketing in the western world.

Trust us, it can get much worse on Weibo. 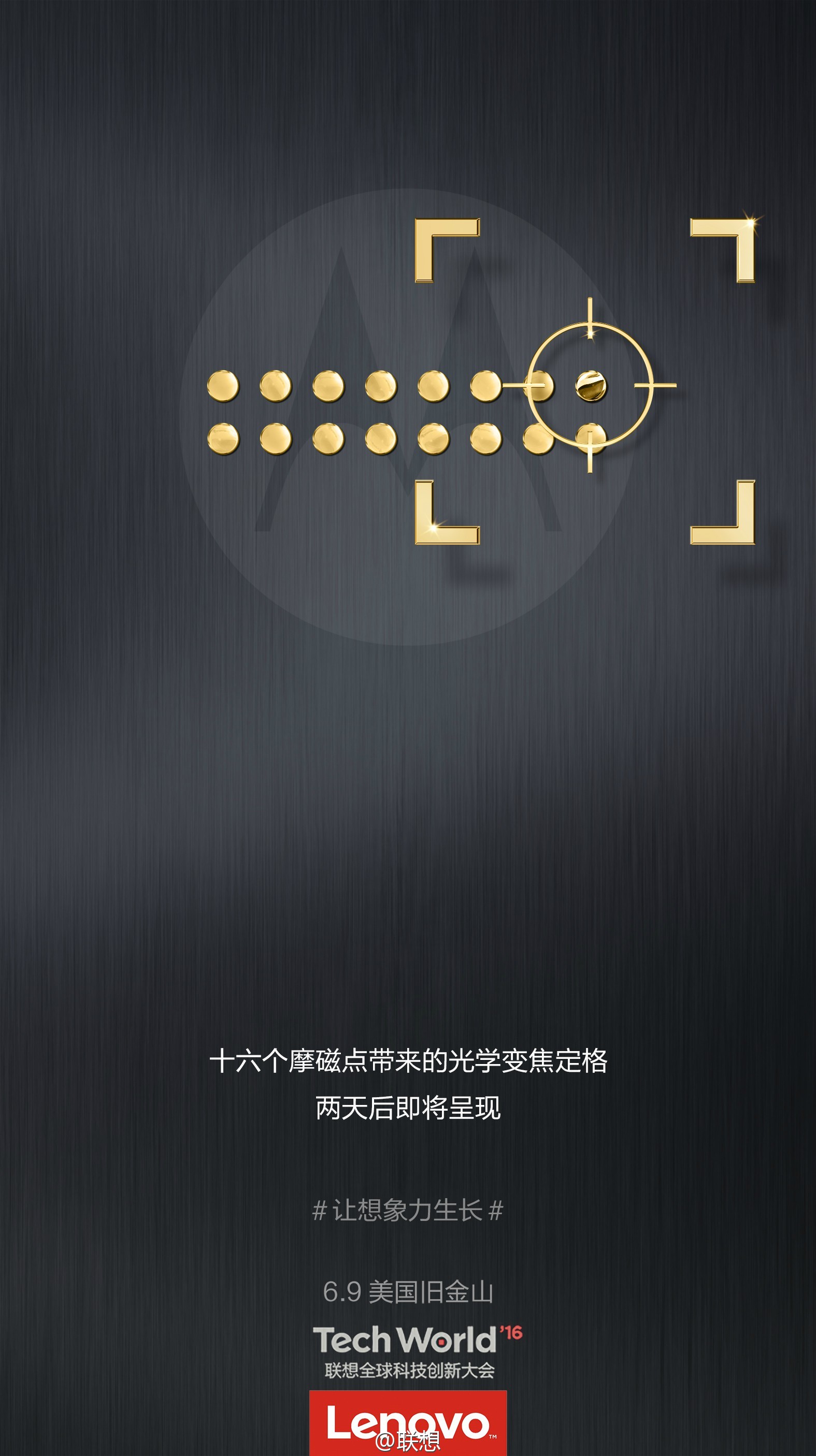 Lenovo posted the above poster on its Weibo account teasing its 16 magnetized pogo pins along with the following poem that we’ve Google Translated and cleaned up quite considerably — and it’s still not perfect:

You can capture the entire night sky
and lock sights on the brightest star.
You can film the entire ocean
and also chase the slowly rising sun.
#Let imagination grow#
Moto’s 16 motorized magnetic points, with a 10x optical zoom
can eternally freeze the ultimate in beauty everywhere
#Tech World is coming#
Let’s hold our hands in the stars below the moon.
Let us touch the blue sky.
Capture the landscapes into your pocket.

That was a toughie. The double poundsigns, by the way, help in making hashtags possible in the non-spaced Chinese language.

So, what Lenovo may be getting at here is that a 10x optical zoom lens MotoMod for the Moto Z will debut. MotoMods have been rumored as easily attachable and detachable accessories for the phone.

Perfect. Great. Next thing you know, we’ll have a rendition of the “Romance of the Three Kingdoms” at Lenovo Tech World.