Probably the most exciting thing about the fast-approaching Moto Z3 Play smartphone is an optional 5G Moto Mod we can see in a duo of freshly leaked pictures.
Published 28 May 2018, 08:09 EDT

US wireless service providers have been pulling out all the stops lately to make the 5G dream a commercial reality by the end of the year, at least in a few major metropolitan areas, but the first smartphones capable of achieving higher-than-4G download and upload speeds are unlikely to hit stores before next spring.

One bold and unconventional mobile device manufacturer may have a solution to enable the next-gen connectivity standard on at least one 2018 handset, although it’s not a particularly elegant problem-solving method.

If it’s efficient, of course, many speed addicts will be pleased with the 5G Moto Mod, expected out soon alongside the oft-rumored Moto Z3 Play. Pictured in tandem, the Snapdragon 636 phone and snap-on accessory are likely to combine into a fairly chunky product, despite Lenovo reportedly planning to bill the Z3 Play as “one of the thinnest premium designs” in the world. 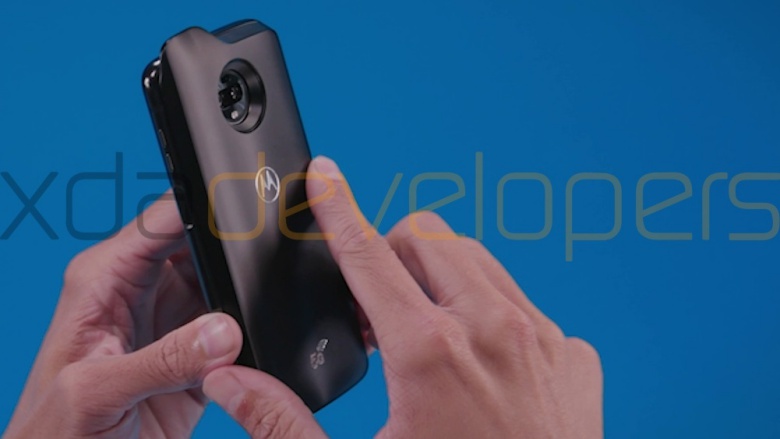 It’ll be very interesting to see if previous Moto Z editions will also work with the 5G Moto Mod to cross the (real-life) gigabit barrier, which could be a major coup for a brand that’s desperately in need of a comeback.

Apart from the questionable looks, antennae “lip” included, excessive pricing could definitely hurt the Mod’s mainstream appeal, although there’s currently no word on that or any release date speculation. Otherwise, the Z3 Play is an open book, tipped to feature up to 64GB storage space, 4GB RAM, a 3000mAh battery, and 6-inch 2:1 FHD+ AMOLED screen.