That official Moto Z3 Play announcement has to be right around the corner now that the modular phone is rendered in perfect clarity and great detail.
Published 29 May 2018, 07:32 EDT

Just like last year, the lower-end new member of the modular Moto Z smartphone family is expected to be unveiled ahead of “Lenovorola’s” true flagship. Something tells us the mysterious Z2 Force sequel will also prove less popular than the Moto Z3 Play, the latter of which looks pretty “premium” in a fresh batch of crystal clear renders.

These are “official” marketing images revealing every angle of the FHD+ 6-incher, mind you, so just in case you had any doubt, it’s now etched in stone that the pogo pins at the back will go unchanged after all.

What’s new compared to last summer’s Z2 Play is a Sony-inspired side-mounted fingerprint scanner, making room for additional screen real estate squeezed into a similar body. There are now also two cameras housed on the shiny glass rear of the Moto Z3 Play, each tipped to feature a 12MP sensor. 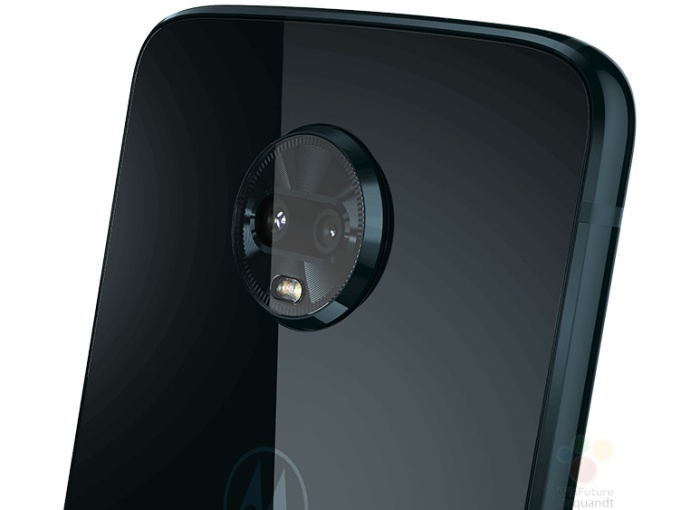 For some reason, two microphones can be found on each side of the “motorola” logo engraved below the 2:1 AMOLED panel, and although there’s no way to be certain based on these new device depictions, the 3.5mm headphone jack is reportedly out of the mix.

Likely to be billed as the world’s “thinnest premium smartphone”, the Z3 Play is expected out in Brazil next week, supporting a wide range of existing and all-new Moto Mods, including a snap-on 5G-enabling accessory that may or may not have to wait for the “regular” Z3 or Z3 Force to also be released.

Galaxy Tab S6 Lite retains the sleek metallic build of its pricier sibling and offers a compelling hardware package for its asking price.