No more Moto Z2 Play question marks after this, and all the E4 specs are also leaked

If you thought you knew everything about the upcoming Moto Z2 Play, well, now you really do. And the same goes for the Moto E4.

The floodgates have been wide open for quite some time now, and although it’s still not easy to make sense of Lenovo’s comprehensive 2017 Moto-branded smartphone roster, very little about a few upcoming models remains under wraps.

For instance, the largely familiar Moto G5S and G5S Plus have just shown their faces and all-metal bodies in both press-friendly render and real-life photograph form, with their handful of key specification upgrades also revealed.

The higher-end Moto X4, Z2 Play and Z2 Force are hardly big question marks as well, and ironically, the “entry-level” second-gen Z variant is the one that’s made the most headlines so far.

Shortly after seeing it certified by China’s FCC equivalent, with full specs and pics in tow, the Moto Z2 Play returns to the spotlight with a massive fresh batch of high-quality renders in a trio of color combinations. There’s white and gold, black/grey and white/silver, with a colossal camera bump greatly reducing the stylish, “premium” vibe of all three versions. 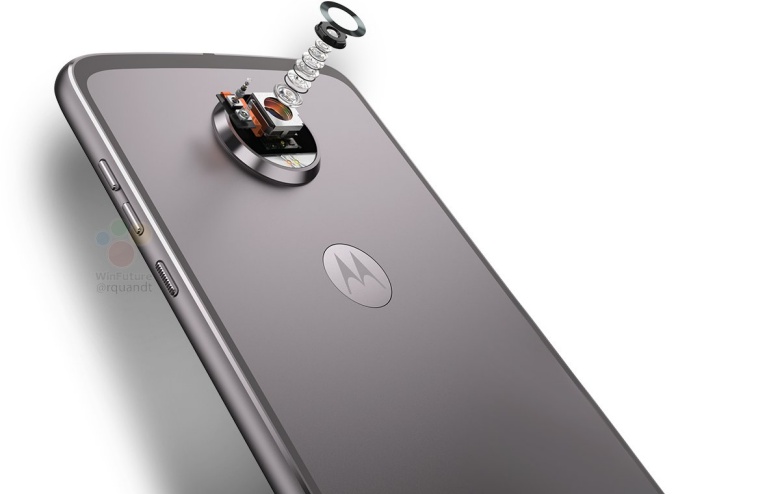 At its thinnest point, the Z2 Play apparently measures a remarkable 5.99mm, but that goes all the way up to 8.49 when you take the photographic hump into account. On the bright side, we’re most likely talking a very capable rear-facing snapper here, equipped with 12MP dual autofocus pixel technology, dual LED flash, laser autofocus and so on.

The Moto Z2 Play today shows up on the interwebs inside a legit-looking retail box and also rendered with a few well-known Moto Mods attached, including a JBL SoundBoost speaker (in red!), Insta-Share Projector and Hasselblad True Zoom Camera. 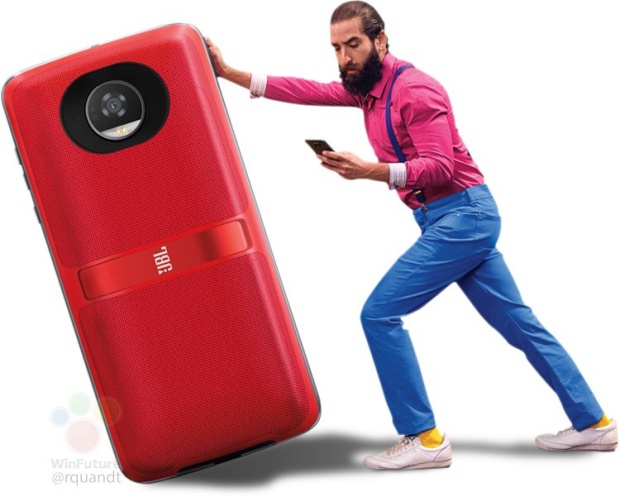 Meanwhile, that low-end Moto E4 we knew almost everything about has its complete spec sheet divulged, from a 5-inch 720p screen with Gorilla Glass 3 protection to a couple of gigs of RAM, 8 and 5MP cameras, 2800mAh battery, and market-dependent NFC. Let’s just hope the newly rumored CAD 250 price for Canada won’t pan out. It’d be a tad steep, don’t you think?