A new Moto X+1 pic shows a render of the phone, with a huge camera lens and other random oddities that we go over. Take a look at the pic here.
Published 23 June 2014, 18:45 EDT

The Motorola Moto X+1 has leaked a lot already, but we still haven’t nailed its design. Many months before the launch of the original Moto X, we already had leaked images (which turned out to be accurate) floating around the web — but this time, we’ve seen a bunch of pics, though some are conflicting others. Today, we’re taking a look at an encased render of the X+1, and this one has a bunch of oddities we’d like to point out.

Before we even get into the implications, there are some things that are just wrong — where’s the camera flash (could it be that tinny off-center hole above the sensor)? How about the front-facing camera? Why is this phone running the Google Play Edition wallpaper? Why is the camera lens so big? All of these things leave us unsure about the authenticity of the pic, but there are a couple things that do happen to line up.

For one, Motorola looks to have stuck with front facing speakers (it first used them on the Moto E, and we found those to be pretty nice in our review). The buttons for the volume rocker and sleep/wake switch seem fine, and the microphone on the back looks to be placed correctly.

While this indeed may be a Moto X+1 (and it very well may be, considering @evleaks’s track record), one of our more interesting theories pegs this as an oddly-rendered Moto E Google Play Edition. There are things wrong with both theories, but we guess we’ll just have to wait and see.

Take a look at the pic yourself down below, and drop your theories down in the comments. 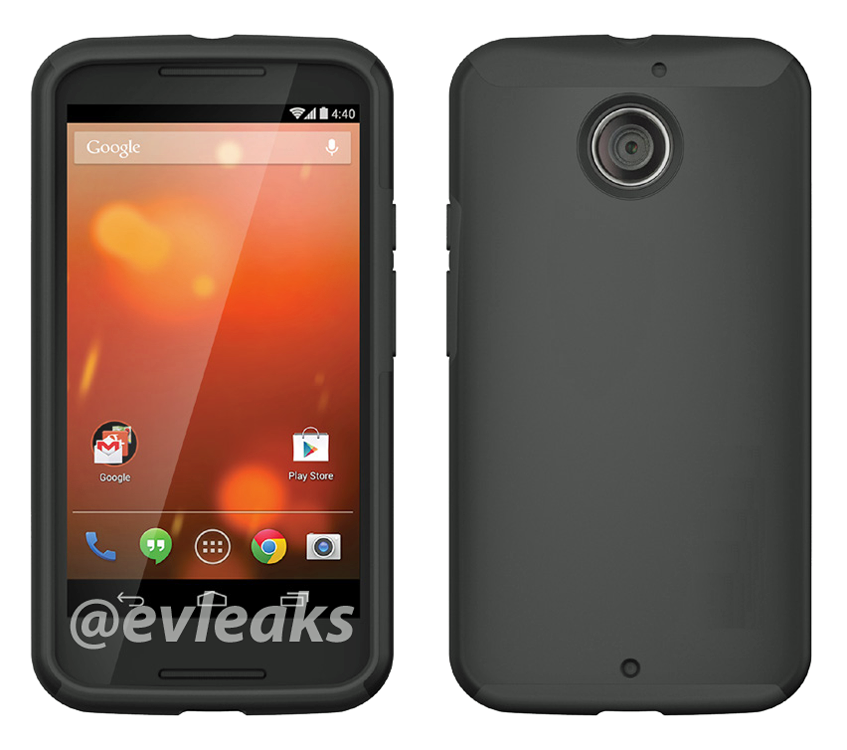