Can Motorola recapture the same magic as before with a high-end 2014 flagship?

Fans of the Motorola’s 2013 flagship are patiently awaiting the Moto X successor. Read why it could be a letdown if Motorola packs it with the best specs.
Published 28 April 2014, 19:18 EDT

Motorola made waves last year. Few will argue that.

Whether those waves translated directly to sales or a bump in revenues, however, is an entirely different story.

Still, the remnants of those waves can still be felt in the upcoming release of new smartphones and how we now approach smartphone pricing.

Sure, budget smartphones existed before Motorola introduced its Moto X (which wasn’t all that budget-friendly in the beginning) and the like-minded Moto G, but the U.S.-based manufacturer offered more than just affordable smartphones. It offered value smartphones – phones that cost a fraction of its competitors smartphones while maintaining topnotch performance and user experience. 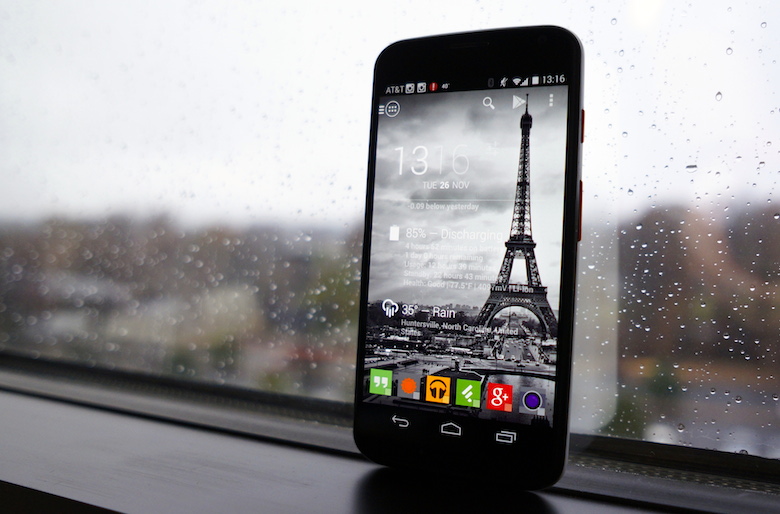 The Moto X, for example, was not at all the rumored superphone we thought it would be. It didn’t bear a 2K display, a wildly impressive camera, or even comparable smartphones to the flagships released months before it. No, it came with a tame, fairly modest spread of internals: a 4.7-inch 720p AMOLED display, 2GB RAM, 16 or 32GB storage, 10-megapixel ClearPixel camera, a 2,200mAh battery, and Motorola’s own chipset concoction, a 1.7GHz dual-core Krait CPU, with a quad-core GPU and two additional contextual computing cores.

Its software differentiation wasn’t all that grandiose either. It shipped with a mostly stock version of Android with a handful of actually useful features which had real life use cases, such as Motorola Assist, a smarter incarnation of Apple’s Do Not Disturb mode on iOS, and Touchless Control, the ability to queue Google Searches and other voice actions without touching the device. 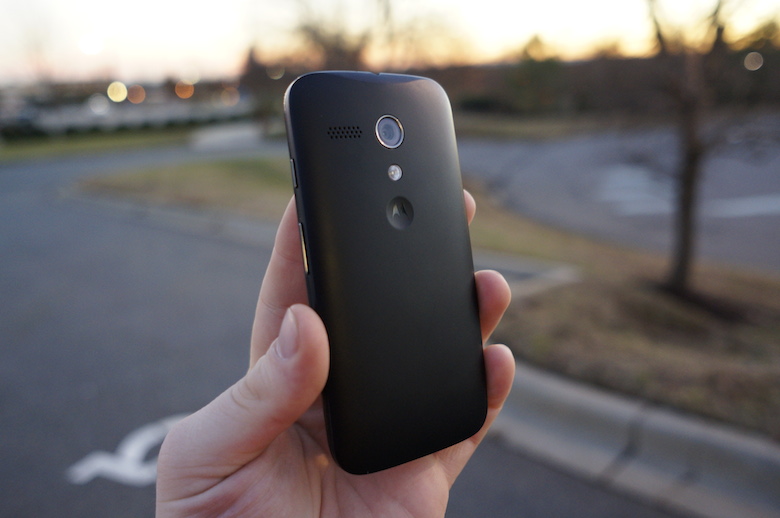 Soon thereafter, the Moto G followed. It was a slightly larger (with a smaller screen), diluted version of the Moto X, and it was being sold for the staggeringly low price of $180 without a contract – just a hair over half the price of the Moto X. The most amazing part? With specifications like 1GB RAM, 8 or 16GB fixed storage, a 5-megapixel camera, 4.5-inch 720p LCD, Snapdragon 400 SoC, and a 2,070mAh battery, it offered a user experience almost identical to that of the more expensive, seemingly more capable Moto X.

Even five months later, the Moto G is holding its own and has hardly aged a bit. 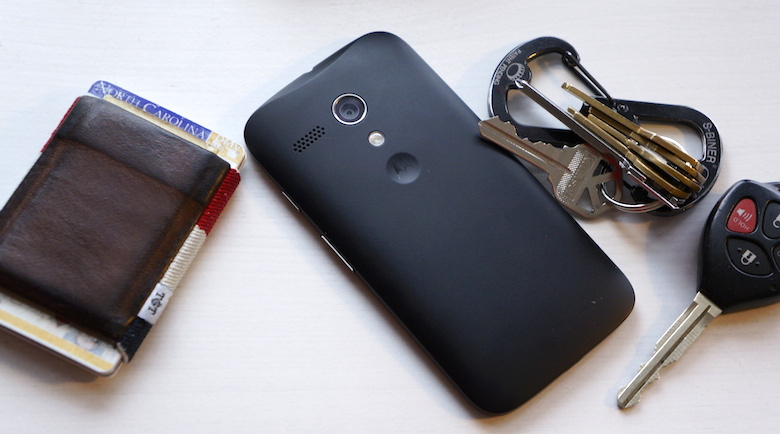 The essence of Motorola in 2013 was exactly what the Moto X and Moto G stood for: stellar user experience with as little excess as possible. And many expect Motorola to carry that same momentum and standup principle in 2014 with a similar – improved, of course – flagship.

Rumors of such a device have already surfaced, to no surprise. And just a few model numbers and alleged specifications as it may be, it’s begging some pretty big questions.

Our own Stephen Schenck clued us in last Thursday on what appears to be a new Motorola device that has showed its face on GFXBench, the XT912A. If that nondescript model number looks a) strange or b) familiar, it should. Droid-Life noted that it’s the very same number we saw the Moto X pop up in pre-production benchmark scores as.

Either way, it’s a new device, as indicated by its innards. It comes with a Snapdragon 800 SoC, 5.2-inch 1080p display, 2GB RAM, and 32GB storage. In other words, it appears as if this mystery Motorola smartphone could compete with the flagships from competitors with relative ease. 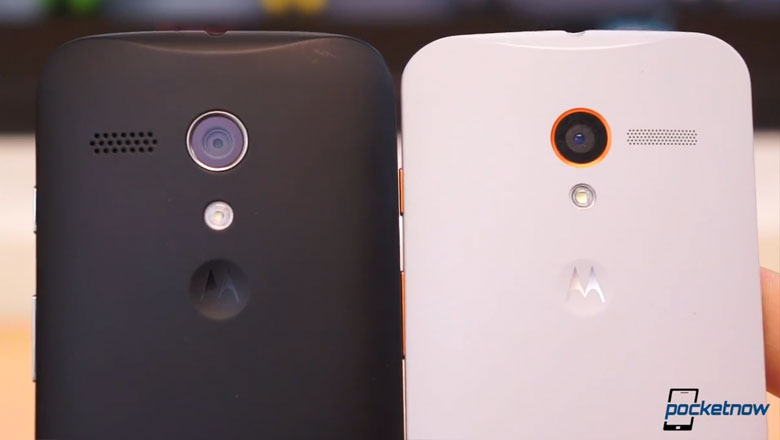 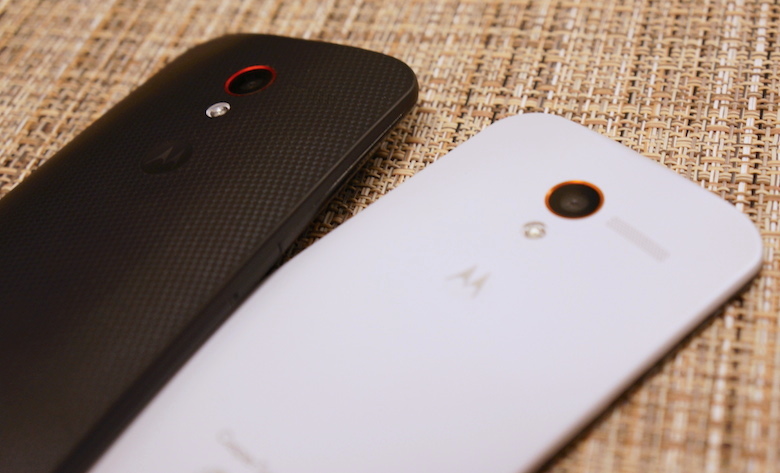 If this, in fact, does turn out to be a Moto X successor, we have to ask the all-important question: will the next Moto X lose its magic as a truly high-end flagship?

After all, part of the draw of the Moto X was the fact that it wasn’t a truly high-end device, but a mid-range device standing (quite respectably) in the place of a flagship. Is it possible for Motorola to maintain that very same luster with a device that, frankly, ads to the stigma the original sought to put an end to?

I’m not one to turn down great specifications. After all, I own a One M8, and I can agree that while specifications aren’t the utmost important factor in a smartphone, they can be incredibly useful and helpful to the continued responsiveness and smooth operation of a device. However, what I liked so much about the Moto X is what it stood for, its premise – doing more with less.

Motorola was on to something last year with both Moto models. Those phones may not have directly led to increased sales or, in turn, profits, but they turned heads, as most devices that stray from the beaten path often do. But just eight months later, Motorola may be giving up on its big gambit.

If Motorola can’t continue to stand behind its principles, why should anyone else?

Specifications aside, I’m still interested in what Motorola will do in 2014. But the takeaway from this is quite a big one. Where the Moto X and Moto G stood out for going against the grain and standing for a greater cause, a high-end Moto X successor would be far more likely to get lost in the sea of the rather compelling devices of 2014 so far.