Is there any real Moto X info hiding in these ad pitches?

We’re coming up on the halfway point of 2013, and Motorola has yet to release any new smartphones. For months now, rumors have focused their attention on development of the so-called X phone, and we’ve since heard that hardware confirmed as the Moto X. This morning, a number of new images and rumors are going around, attempting to shed a little more light on the Moto X and its launch. Just where is this info coming from, and how much can we really read into it?

All this new Moto X stuff is tied to the discover of a pair of galleries on design site Behance, containing materials created by B.A. Bäkken. They’re labeled as “explorations” and “pitch work for Motorola,” leaving it unclear how much of this might be official, and how much more speculative.

One gallery depicts a “Goodbye Moto” campaign, apparently envisioned as death-and-rebirth of sorts. That sounds like a pretty plausible way to celebrate the arrival of the Moto X (not to mention a belated reference to the company’s new ownership), but we’re hesitant to believe much here as gospel.

For instance, some sites are harping on the mention of August 1 in some of these images, suggesting it’s when this campaign will launch the Moto X. We’re less sure – there’s also mention of June 11 in other images, and that clearly wasn’t any Moto X launch, so why should we put any more faith in this other date, solely because it hasn’t passed yet? As far as we know, these could all just be placeholders, with no inherent meaning themselves.

Then there’s the “Hello Again” campaign, which some people seem to think is showing off the Moto X. Except, the phone here looks nothing like what we’ve been expecting of the hardware – in fact, it’s almost certainly just last year’s Razr HD. That only adds to our sense that none of this design stuff is based on real knowledge of Motorola’s upcoming plans. 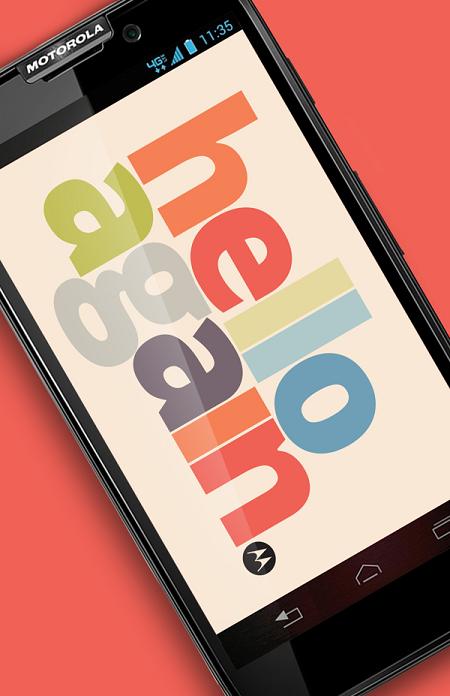 To recall, Samsung used a digital bezel for the Galaxy Watch Active series that used…