Here’s what the Moto X Pure Edition camera can do

Motorola has never been known for its outstanding cameras, but this year’s Moto X Pure Edition might just change everything. Come see for yourself!
Published 14 September 2015, 17:05 EDT

For all the aspects of smartphone design Motorola excels at, it’s never really nailed the camera experience. Despite making big promises on the first-generation Moto X and its 2014 followup, each fell flat in the photos department: the pathfinder phone produced terrible low-light results despite its vaunted “ClearPixel” technology, and last year’s sequel didn’t fare much better despite using a more straightforward 13MP sensor. While the second-generation Moto X camera wasn’t “bad” per se, it also certainly wasn’t good.

With the Moto X Pure Edition (or “Moto X Style” if you’re of the European persuasion), Motorola may have finally gotten its pixels in a row. The 21MP camera lacks some contemporary hallmarks like optical image stabilization and laser autofocus, but it offers an f/2.0 aperture and 4K video recording alongside much improved low-light performance. The result is the best Motorola smartphone camera we’ve tested. 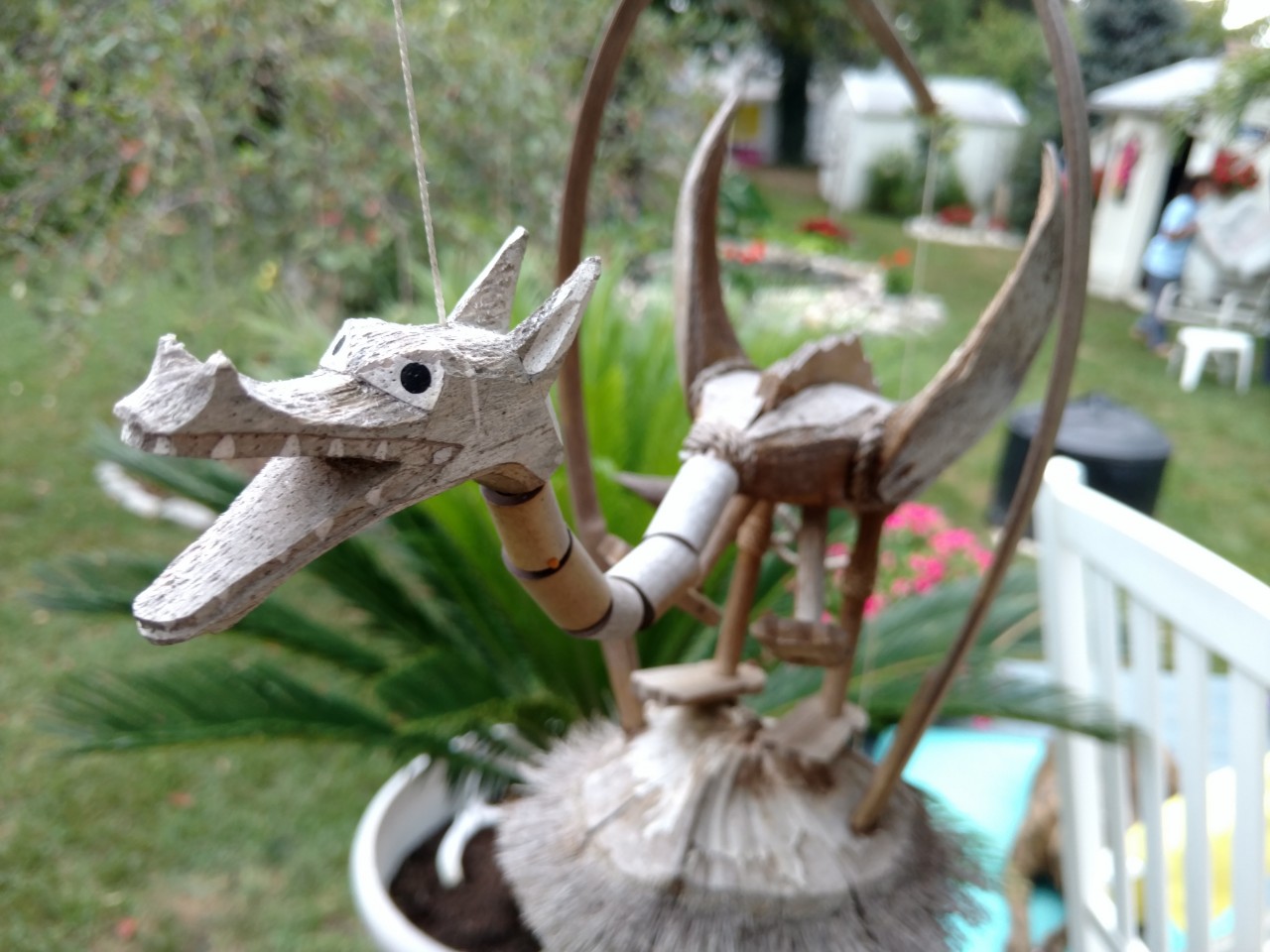 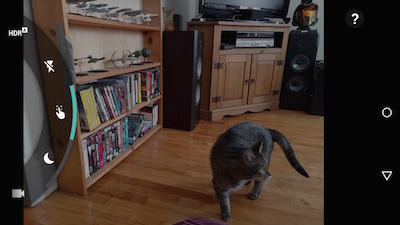 The process of shooting with the Moto X Pure camera is still a mixed bag. This marks the third year in a row that Motorola has relied upon its super-minimal viewfinder, which eschews a shutter button for a tap-anywhere-to-capture approach that takes some getting used to. You do have the option of setting focus and exposure with a draggable reticle, but with the newly inflated 5.7-inch display that’s a pretty big hassle if you’re trying to take pictures with one hand. On the brighter side, the double-twist-to-launch gesture makes it easy to launch the camera with a quickness, the viewfinder interface is easy enough to understand, and shutter speed in bright lighting is fast enough to make out the details on the most furiously-flapping pigeon there is.

In broad daylight, the end results are pretty solid here. Its more cumbersome chassis aside, it’s easier to get a good photo with the Moto X Pure camera than with any of its predecessors. Motorola’s digital stabilization keeps the viewfinder image mostly bump-free while you’re setting up the shot, and the simple UI makes it nearly idiot-proof. I say “nearly” because there are some confusing UX decisions here: switching to or from HDR mode resets the viewfinder’s tap-to-focus setting, for example, and the HDR toggle itself seems to have a mind of its own, shuffling between Off, On and Auto seemingly of its own accord as you switch back and forth from still to video mode. 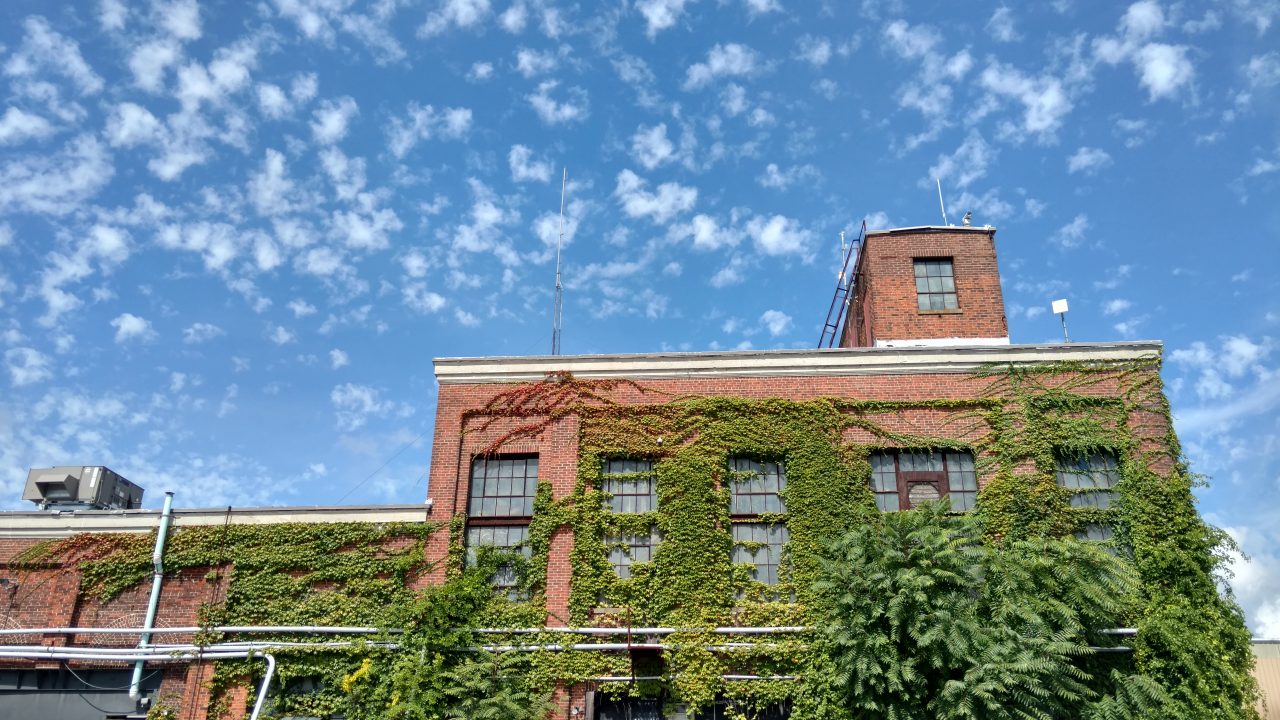 If you’re anything like me, you’ll be making fairly regular use of the Moto X Pure camera’s High Dynamic Range setting. As with many smartphone cameras, the Pure’s exposure value is set according to where the focus reticle is placed, which can lead to wide swings in brightness even when using manual exposure adjustment. Fortunately, Motorola’s built-in HDR mode works pretty well to brighten up the shadows in a backlit scene, without also washing out the colors as so many of its predecessors did. 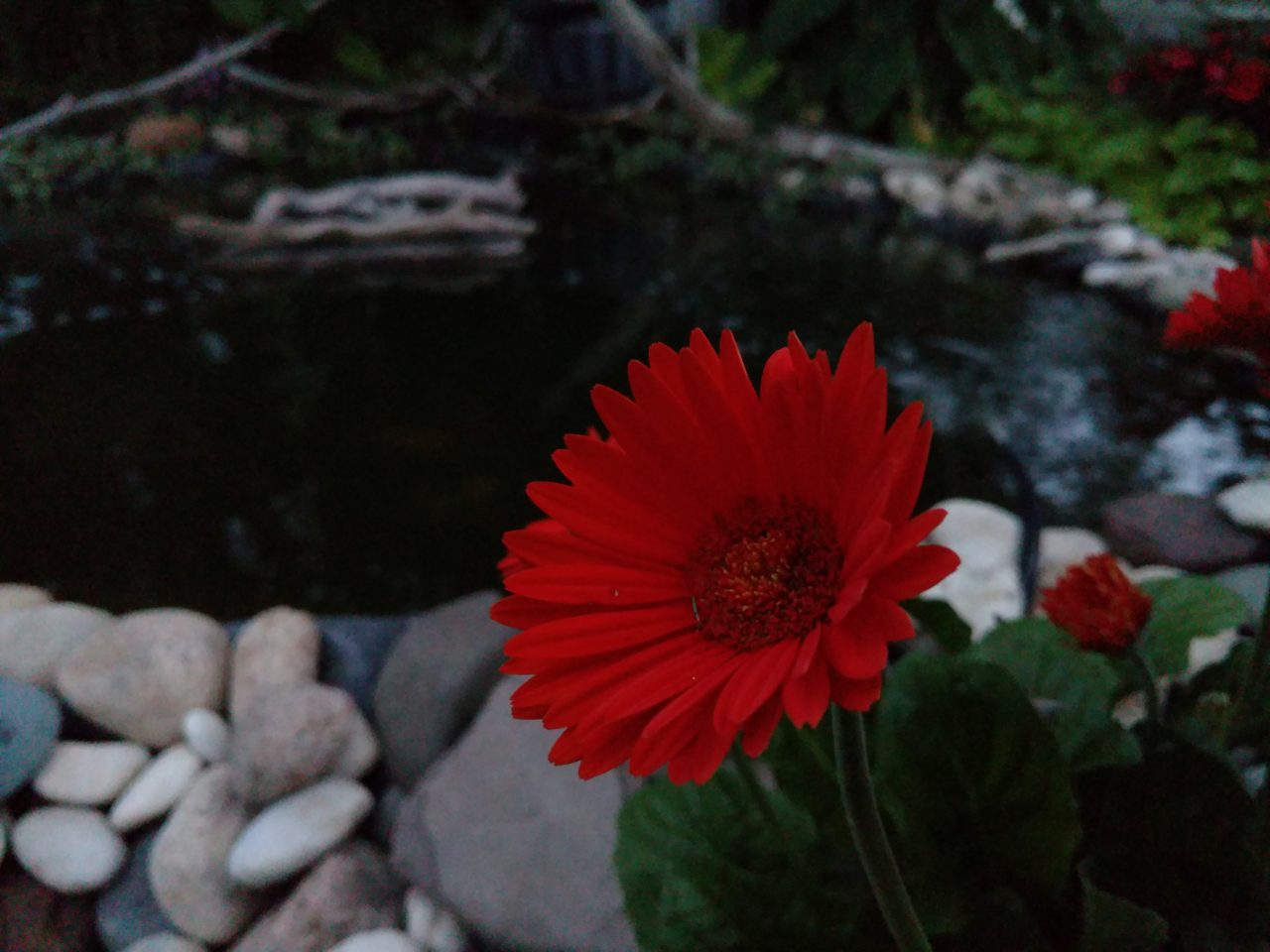 Low-light performance has for years been the bane of smartphone camera makers, with few manufacturers outside of Nokia able to deliver photos of any worth once the sun goes down. The tide began to turn this year with both Samsung and LG delivering excellent cameras with super-wide apertures and optical stabilization that allowed for fair-to-good low-light photography, and while the Moto X Pure camera boasts comparatively few spec tricks, it certainly does better than its predecessor after dark, with much less digital noise and truer color reproduction (at the expense of a slightly slower focus time).

Given its no-frills approach, I was pleasantly surprised by the Moto X Pure camera in low light. The absence of pronounced digital noise combined with the camera’s ability to reproduce authentic color results in a shooter that’s versatile enough to produce fair-looking shots in everything from a dimly lit tavern to a dusky backyard. That said, you will have to work harder for focus the lower the light level goes, and I’d really have appreciated a built-in set of manual controls here to help in those more challenging situations. Fortunately if you’re not averse to a flash, there’s a dual-tone LED module here that should prevent washout (more on this in the full review). 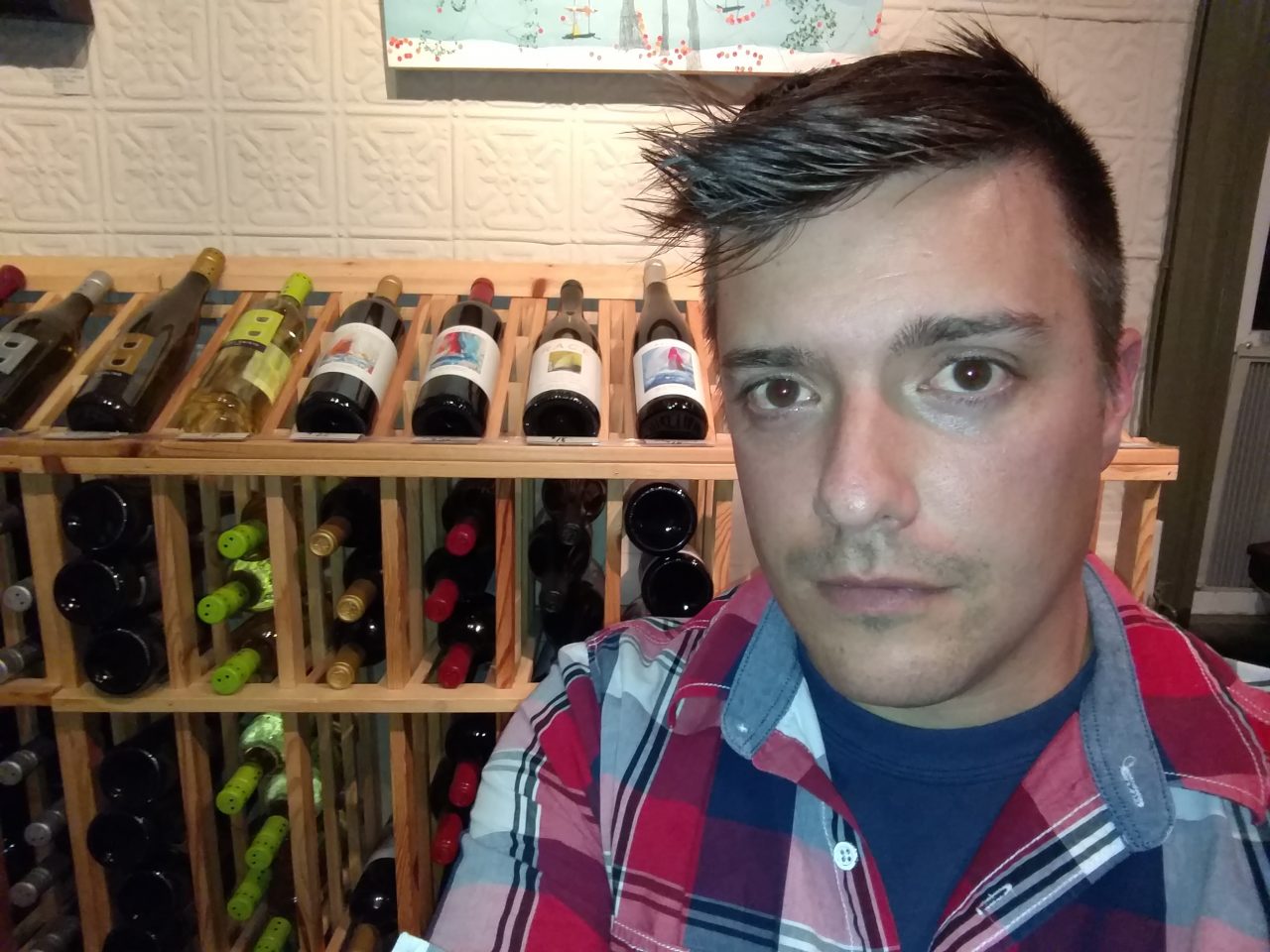 Speaking of flash: the Moto X Pure camera has a front-facing LED spotlight to go with its 5MP front-facing camera … and it’s the piece of equipment responsible for the supremely awkward capture above. While I was bullish on the concept of a front-firing flash when HTC rolled out its Desire Eye last fall, my enthusiasm for such trinkets has since waned – and the Moto X Pure Edition does nothing to restore my opinion of it.

While the front-firing flash is blindingly bright, it’s also seldom necessary. the camera sensor itself is usually perfectly capable of rendering a well-illuminated face even in fairly low light. I’d initially thought the selfie flash might be handy in situations where I was backlit, but it turns out that the better fix in that situation is tapping to change exposure in the viewfinder. And in a final insult, many third-party apps like Snapchat and Twitter fail to recognize the front-facing flash in their own integrated viewfinder apps, making it even less useful. While those who often engage in self-portraiture in pitch-black rooms (you know who you are) may grow to appreciate the front-firing flash, it does little to justify its existence on the whole. 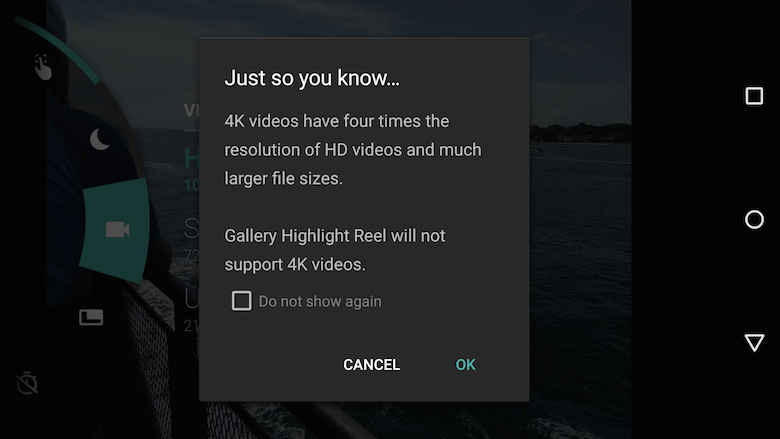 While the Moto X Pure camera is capable of shooting in 4K resolution, it would really prefer you stuck to 1080p. When first switching to the UHD recording mode, the Moto X warns you that 4K video generates “much larger file sizes” than standard HD. While recording 4K video, the phone heats up rapidly and the viewfinder gets quite choppy – enough to be distracting if you’re shooting a fast-moving scene. And when you close the camera after you’re finished filming, the phone resets the camcorder so it defaults to 1080p the next time you take a video.

For all that reluctance, the Moto X Pure puts out 4K video that’s actually quite beautiful. While the viewfinder crops the image pretty aggressively during recording, the added stabilization is well worth it: even when walking across a windy boat deck, there’s very little jostling of the image from footsteps. Color reproduction is quite accurate, walking a near-perfect line between authenticity and idealized over-saturation. That falls away when using Video HDR mode, which washes out the colors somewhat – but it’s probably handy enough in mixed lighting so as to make that sacrifice tenable.

After three days of testing, it’s pretty clear that the Moto X Pure Edition camera, while probably not the best smartphone shooter out there, is the best one ever to grace a Motorola smartphone. Of course we won’t be leaving it there: we’ll be sharing many more stills and video clips in our comparison videos and our full Moto X Pure review coming later this week. If there’s something specific you want to know about the newest Moto X that isn’t answered above –whether it relates to the camera or not– drop it in the comments below and we’ll do our best to answer it in that full review!

Looking for more Motorola action from Pocketnow? Check out our initial hands-on with the Moto X Pure Edition and our unboxing video showcasing our custom MotoMaker variant, then tune in to the latest Pocketnow Weekly podcast for live on-the-air answers to your most popular Moto X Pure Edition questions!

The RAZR 5G features a unique design that actually makes it feel like a clamshell instead of a regular phone with a hinge.

It will soon roll out in other markets including Europe and North America.

Black Friday is gone, but we are still getting some amazing discounts on some of the…

Black Friday is still giving us crazy deals, and we have selected some of the best…

Looking to buy a gaming laptop, but can't find a bargain? We've rounded up the best…