Hear about the new Motorola Moto X Pro, and why it seems to be a Chinese version of the Google Nexus 6.

It’s coming up on one year since we first got the surprise news that Google was unloading Motorola and planning to sell the company off to Lenovo. Having just seen the arrival of the very attractive latest round of Motorola handsets, including the Moto X and Moto G, we found ourselves the slightest bit nervous, but reassurances from the companies involved suggested that things would largely be business as usual: Motorola focusing on sales in the West, with Lenovo keeping its attention on Asia. By now the acquisition is complete, with Motorola a Lenovo-owned subsidiary, and while Motorola continues to produce hardware for Europe and the Americas, Lenovo’s influence just can’t be ignored; today that leads to Motorola crossing paths with its parent, as the company announces plans for an expansion into the Chinese smartphone market, complete with a new device.

Let’s start with the existing hardware: Motorola will bring the Moto X and that new LTE-equipped Moto G to China, starting in early February. While initial Moto X sales will arrive as a series of set user-voted-upon designs, full Moto Maker customizations will be available later in the month.

In addition to those two handsets, Motorola is also introducing the new six-inch Moto X Pro phablet. With a quad HD display, Snapdragon 805 SoC, 13MP camera, and 3220mAh battery, it sounds a heck of a lot like the Nexus 6. In fact, all of the (admittedly limited) specs we have available for the X Pro align precisely with Nexus 6 details. That’s not to say that the X Pro will be a cookie-cutter copy – it could easily sport an all-new facade – but it certainly seems like it’s taking more than a few cues from the latest Nexus model.

Update: That’s the Moto X Pro down below, and it sure does appear to be a re-branded (or rather, de-branded) Nexus 6. 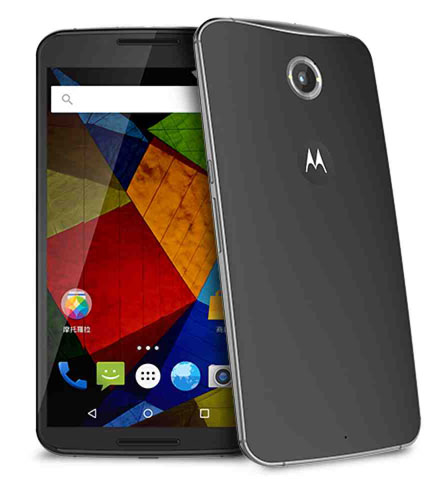