Come with us for a last-minute trip through Moto X and Moto G rumors, and see what we’re likely to get form these new Motorola smartphones.
Published 27 July 2015, 19:39 EDT

We have got a busy day ahead of us in the smartphone world, with major launches from two Android OEMs just hours away. OnePlus may be first on the agenda with the launch of the OnePlus 2, streaming live in VR tonight starting at 10pm EDT, but just hours later Motorola is broadcasting an announcement of its own, and while the company is keeping a tighter lid on things than OnePlus, we’re almost certainly about to see the launch of a new Moto X and new Moto G model. Come with us as we take a few minutes looking at what we’ve heard so far, and thinking about what hardware we’re likely to see debut tomorrow morning.

While it may be the second-fiddle in Motorola’s Moto-series lineup, the Moto G has been the breakout star of this summer’s leaks, so let’s start there first. Lots of early hands-on helped shape out expectations for the smartphone, mentioning things like the return of a 5.0-inch 720p display. Over the weeks, we checked out data from a number of different sources, some not agreeing with others, but recently it looks like we’ve really hit pay dirt, with leaked retail packaging spelling things out (largely) clear as day.

That said, there are still a lot of unknowns. We know that the new Moto G appears to accept user-swappable back panels as in previous generations, but will the leaked Moto Maker support really offer even more custom options? And what about RAM capacity? We’re expecting versions of the new Moto G with both 8GB and 16GB internal storage (with the option for microSD expansion), but will rumors of both 1GB and 2GB RAM options also pan out?

Regardless of what hardware lies within, the external design of the new Moto G is an open book by now: we’re looking at a back panel dominated by the vertical bar surrounding the phone’s camera, flash, and dimple that’s becoming the hallmark of this new series of Moto phones. That same look defines the next handset that’s almost sure to launch tomorrow, the third-generation Moto X.

The new Moto X could be a 5.5-incher (5.2 inches could also be a possibility), with screen resolution growing to quad HD. The phone could get either 4GB or 3GB of RAM, and its primary camera sounds like it will be either a 21MP or 16MP component – as we said, the Moto G leaks have been far more conclusive, and a lot of Moto X ambiguity remains even at this late date. That includes the choice of SoC, with a Snapdragon 808 sounding like one of the post plausible options.

Most recently, we’ve heard the Moto X could land with a giant 3500mAh battery.

One big question surrounding the new Moto X’s hardware is whether or not the phone will get a fingerprint scanner. While there’s no obvious visual indication of such a scanner on recent leaks, rumors have claimed that Motorola has integrated it into the phone’s front panel in such a way as to render it practically invisible – possibly by way of making the bottom speaker grille into a swipe-style scanner.

Beyond those two, what else could we get? Well, the apparent “XGX” in the announcement invite may just hint at two X-series Moto phones, and beyond the new Moto X itself, there’s a chance we could get a ruggedized Moto X Sport. While possible, we don’t have a ton of confidence in this theory, if only because so little about the supposed Sport model is known.

And while there appear to be new Droid models for Verizon in development, there’s a good chance that we’ll see those phones emerge separately, without Verizon having to share the spotlight with other carriers. Maybe we’ll hear something about that new Moto Hint.

We’d also love to see a new Moto 360, as the first-gen model has easily been one of the best-received Android Wear models to date. Problem is, despite some early finds that seemed to point to such hardware, there really hasn’t been a lot in recent weeks to make such a launch sound imminent, and this one could still be a little while off.

Check back with Pocketnow tomorrow morning to find out where the rumors were right, and where they missed the target. Motorola’s event is set to get rolling at 9am EDT, and we’ll be bringing you word of all the announcements as they happen. 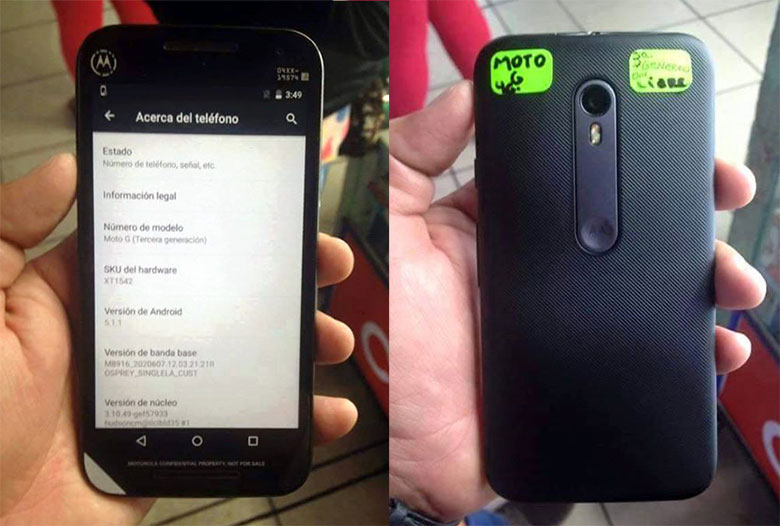