Our first impressions of Motorola’s latest hardware – the Moto X, the Moto G, and the Moto 360. All very impressive in their own ways.

It’s no secret what many were looking forward to when it comes to Motorola’s announcements. Sure, there were tours of the “behind the scenes” stuff at Motorola in downtown Chicago, and yes there were a couple of unexpected accessories that came out of the announcements. But we want to talk about some phones and watches, eh? So let’s get to it. 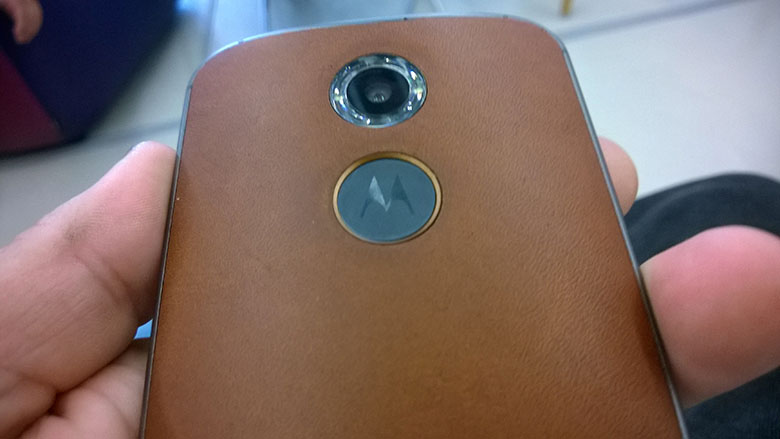 One of last year’s absolute hit phones was the Moto X. Appropriately, this year’s hit model will also be the “Moto X”. The Moto X 2nd generation will not sport the “plus one” moniker that has been floating around the rumor mill. It will simply be called the Moto X, and we like that, even if it is a bit on the confusing side. But Motorola has pulled no punches with this new generation of X-iness, see what I did there?

Right off the bat, the specifications of this device leave a decidedly more “premium” impression. The processor, the camera sensor, screen, battery, design, and the software have all seen significant upgrades over the first generation Moto X. You can read our full announcement post for all the fun this phone brings, but a few things left me smiling and nodding my head.

First of all, the specs are all better, approaching flagship type specs. The original Moto X went with some less-than-high-end specs, but made up for it with the experience, so much so, that tech reviewers barely mentioned the S4 processor. The new Moto X still offers that premium experience but now carries some horse power to back them up.

The thing that impressed me most about the Moto X was the voice control. Yes it was already present in the Moto X, but now it goes even deeper. One of the most requested features that so many of us wanted from the last Moto X was the ability to customize the “OK, Google” activation phrase. Well, we have good news for you. Now you can. Michael Fisher’s dream of saying “Computer” and waking up the phone can now be a reality. You could also go with something like “Hey, you Cortana wanna-be,” but that would be a bit on the verbose side. You could go with “Oh Captain, my Captain” perhaps, if you don’t mind climbing up on tables all the time. One Motorola representative’s phone activated with “Talk to me, Goose.” We had all the lolz.

Plus, Moto Voice has gotten smarter by adding some new commands and 3rd party app support. You can now use Moto Voice to take a selfie, which launches your front facing camera and initiates a countdown to take the photo. You can also update your Facebook status, launch a YouTube video, or send a Whatsapp message. More third party support will follow according to representatives at the event.

There were a number of other software and hardware enhancements that caught my eye, but the voice control is something near and dear to our hearts. Bottom line, this will likely be my next Android smartphone. There are far fewer compromises in this phone than in the last one. One of my bigger hangups is the lack of OIS in this camera, but I’m willing to forgive in light of everything else this brings to the table. Stay tuned for our official review in the coming weeks, but so far our first impressions are a pretty solid thumbs up.

One final note about the Moto X that really knocked quite a few socks off was an accessory called the “Turbo charger”. This charger for the Moto X will allow you to plug in your phone and within 15 minutes, you will have 8 hours of battery life in your phone. We did not get a turbo charger review unit, so we weren’t able to see this in action, but if that’s the case…holy crow. 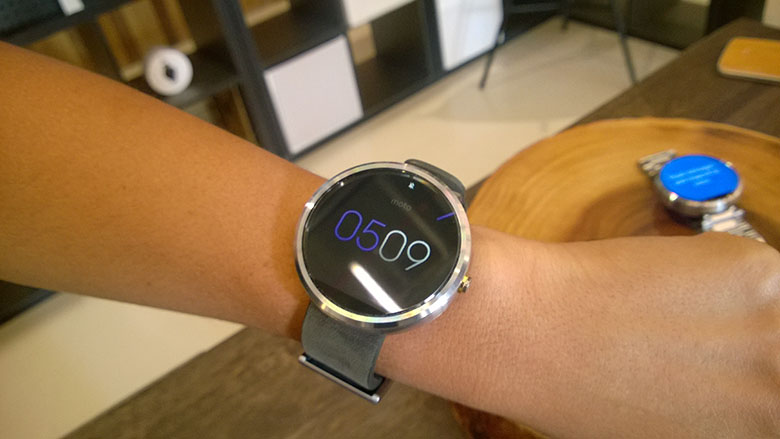 Next up, we have the Moto 360 – the round smartwatch from Motorola and probably the most anticipated smartwatch to date. The Moto 360 is a sleek timepiece that Motorola doesn’t want to be called a “smartwatch” because it their opinion it’s a timepiece first, and smartphone accessory second. The beautiful hardware is accentuated by a strong and soft leather band, or one of two stainless steel bands which will be made available at a later time. The watch band will also be changeable which will be a bonus for some.

When talking about the Moto 360, you really do have to focus on the hardware, because software wise, it’s Android Wear, which is fine, but in Michael Fisher’s opinion, not quite ready for prime time. The demos we saw of the Moto 360 in action worked fine and as expected, so there’s not really much to say here. But the hardware of the Moto 360 really does set it apart from the competition.

We saw the various levels of technical expertise that went into designing the Moto 360 and believe me, this was more than just a cocktail napkin sketch. Original prototypes of a Motorola watch were indeed square, but the philosophy of the company dictates that “round” is a “stored shape” in people’s minds – time is round, so the watch had to be too.

Other parts about the hardware that stood out were it’s bulk, and yes, the flat tire. The flat part at the bottom of the watch is jarring at first, but after a bit of time we stopped really noticing it. Until the watch face turned white, and then, there it was. The design of the watch was such that the flat tire had to be there to make the bezels around the glass as thin as they are. I can definitely see the argument there, but that doesn’t make it more acceptable, at least not in my book. That, combined with the thickness of the watch, honestly left me a little let down in the Moto 360 department.

But then the Moto G showed up. 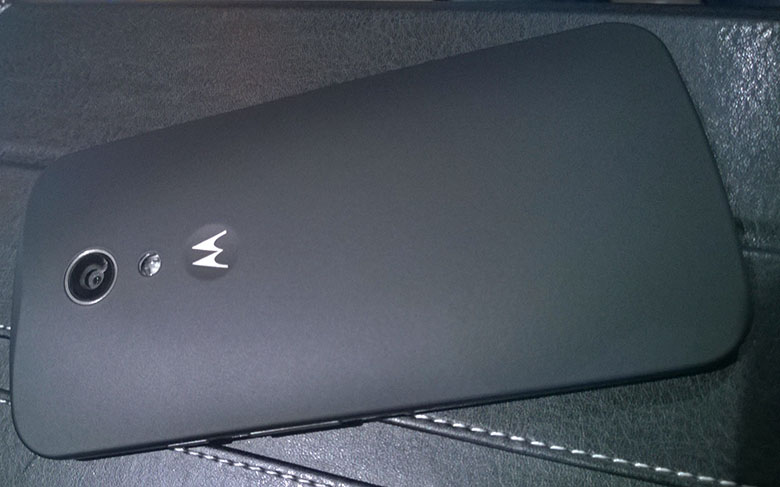 The Moto G, Motorola’s low-mid range phone announced it’s presence with authority at this event, almost as much as the Moto X itself. The Moto G brings a lot of upgrades to the table, but three things really stood out in my mind, so I’ll list them for you here.

First, the Moto G is bringing front facing, stereo speakers to the party. These front facers are pretty loud and deliver a very good audio experience, though we did hear a bit of peaking going on during one of the heavier songs played. All the same, the impact of front facing speakers can’t be overstated. They should be standard on every phone going forward in our humble opinions anyway.

The Moto G is also bringing Micro SD card support to its newest model which is a pretty huge consideration. With only 8 or 16 GB storage options, additional Micro SD cards could make a huge difference in the overall phone experience.

Finally, the price of the Moto G is exactly the same as the previous generation- $179.00. That’s major, and frankly, it makes us a little more anxious about Windows Phone’s presence in emerging markets. With the updated specifications of this phone, at the same price, this phone becomes very compelling indeed.

Overall, Motorola made quite a splash today in the smartphone space. The Moto X, Moto G and Moto 360 are all really impressive pieces of hardware and Motorola will likely see very well deserved success with its new line of devices. Stay tuned for our full reviews of all of these devices that will be coming, but for now, those are our first impressions.