We cover a lot of leaks, rumors, and speculation in our attempts to bring you all the latest info about mobile technology, and for as interesting as those unofficial sources can prove, sometimes there’s nothing like getting a few answers straight from the horse’s mouth. Yesterday evening on Twitter, Motorola President Rick Osterloh opened himself up to a Q&A session with the company’s fans, and in doing so he offered some new insight into what’s next from Motorola’s hardware and software. 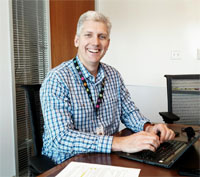 Some of the most valuable answers he provided were on the hardware side, dealing with Motorola’s intentions for upcoming devices. Let’s start with the big one, the 2015 Moto X. Osterloh doesn’t give us much detail here, but he does confirm that his company intends to stick to its annual release strategy, suggesting we’ll see the new Moto X land in August or September.

In response to a question about the Moto G, Osterloh reports that Motorola will soon have news to share about the 2015 Moto G LTE. We wonder there if he’s talking about making the LTE version of last year’s Moto G available in additional nations (beyond Brazil, that is), rather than an all-new 2015 model, but we’re still interested in either case.

Beyond what we are getting, Osterloh also weighs-in on what we won’t be seeing: don’t count on another QWERTY-equipped phone like the old Defy Pro, and there are no current plans for another Motorola tablet. And the Moto X will be staying in the five-plus-inch space, with no effort in the works to bring it back to its 4.7-inch roots.