Motorola’s got lots of people excited for its forthcoming smartphones, but can it do the same for Bluetooth headphones? Find out in our Moto Pulse review!

What’s it take to make a pair of Bluetooth headphones exciting? Well, a good first step is launching them alongside some highly anticipated smartphones at a widely publicized press event and giving a sample to everyone in attendance. But free swag is a momentary thrill; making the excitement last takes an authentically impressive product.

The Moto Pulse bluetooth headset is just that. I’ve been using it as my primary audio accessory for a solid week, and in that time I’ve gotten to know its highs and lows – in every possible sense. With the Pulse, Motorola has crafted a solid set of headphones that expertly walk the line between affordability and quality. 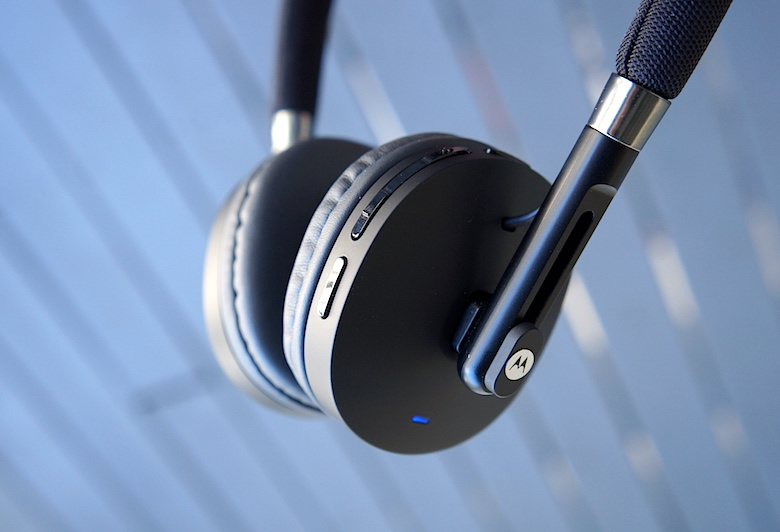 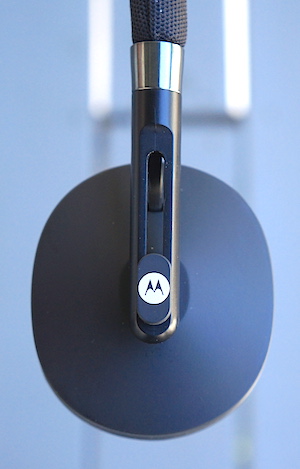 The Pulse hardware mirrors Motorola’s smartphone design in its functional simplicity: a fabric-encased headband connects twin 40mm drivers that rest atop the ears on very soft cushions. Each earpad can rotate 90 degrees for easier stowage in a flat bag, and the Pulse masses just 110g, making it fairly travel-friendly on the whole. Controls dot the upper surface of the right-side can, with a volume rocker flanked by power and play/pause/voice command buttons, all of which are easy to locate and press by feel.

Pairing to compatible devices is achieved via Bluetooth 4.1. Over the past seven days I’ve connected the Pulse to a Moto X 2014, Moto G 2015, and MacBook Pro, and all have paired very easily and maintained their connections despite lots of switching between devices – something my earlier Bluetooth headsets have had trouble with. Motorola touts a connection range of 60 feet (about 18 meters), and that’s no joke: I managed to maintain a clear audio connection to my MacBook Pro even while walking to the far side of a local coffee shop, whose storefront width is just over 60 feet. Only by stepping outside could I finally get the audio stream to stutter. The strong connection has benefits with smartphones as well: while some other headsets struggle with interference depending on which pocket I keep my phone in, the Pulse has no such troubles. And being able to keep the Pulse linked simultaneously with a smartphone and a computer is very convenient if you’re a device juggler.

That’s not to say the Pulse doesn’t demand a slight adjustment period. For years, smartphone manufacturers have shipped free earbuds along with their higher-end handsets. If, like me, you’ve grown accustomed to the portability of these in-box buds, the Pulse will take some getting used to. Even a lightweight headset like this is still somewhat burdensome by comparison, forcing you to either sling it around your neck or stuff it into a bag or cargo pocket when not in use. In-ear buds also have another advantage over supra-aural headphones like the Pulse: the buds do a better job of blocking out external noise. These aren’t specific knocks against the Pulse; they’re just points to keep in mind if you’re planning on making the jump from earbuds to headphones. 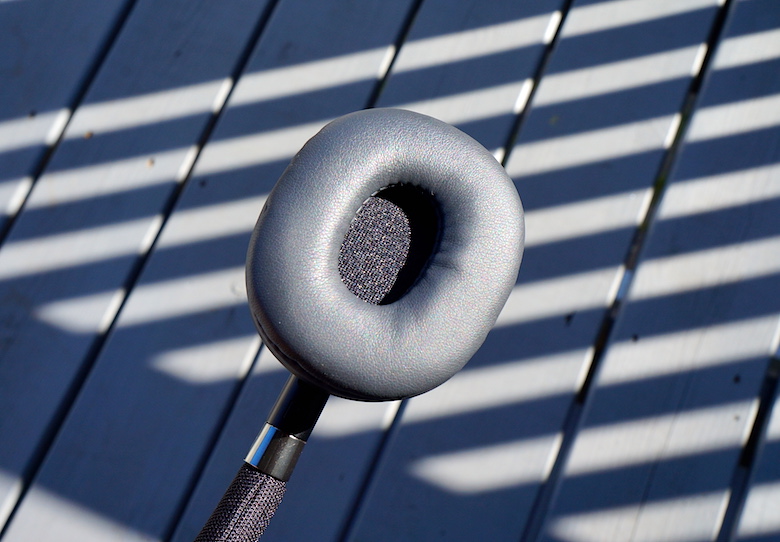 I plugged the Moto Pulse into the wall (using its included microUSB cable) on July 30th and unplugged it the following day, long after the charging LED had shifted from red to blue. In the week since, I’ve used the Moto Pulse for an average of an hour a day … and as of presstime on August 5, the headset still has a 70% charge. I know this because of the Motorola Connect app on my smartphone, which shows me not only the headset’s current battery level, but also its last known location on a map. That combination of convenience and endurance –right in line with Motorola’s promise of 18-hour uptime– make the Moto Pulse an awesome companion on a long trip.

“Yes, yes,” I hear you impatiently spit, “but what about the sound?”

In short, it’s great. The large drivers produce a warm, full sound with a bass kick that makes itself known the moment you stream your first track. If anything the Pulse is a little bass-heavy, but not so much that the brighter stuff is completely drowned out. If you’re all about that bass (no treble), these will probably be right up your alley – but keep in mind that, by some accounts, the rhythm is the bass, and the bass is the treble.

I have only two real complaints about the Moto Pulse. The first concerns voice calls: Motorola’s been unable to port its outstanding noise cancellation from its smartphones to its headset, so a stiff breeze that would be easily shrugged off by the Moto G can make it impossible for callers to hear you over the Pulse. The second is a more general note about volume: the Pulse doesn’t get quite as loud as I’d like it to. As a Boston resident I’m often forced to commute using the nation’s oldest –and loudest– subway system, and I frequently have to mash the Pulse’s cans to my ears to make out the words of whatever podcast I’m listening to. Fortunately, the set does get loud enough to overcome street noise and whatever awful nonsense my local Starbucks is piping over its speakers, so it’ll probably be just fine for most folks. 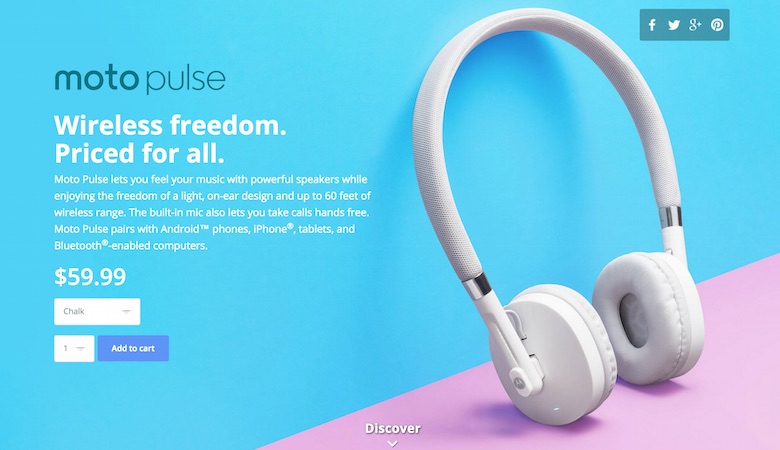 It’s possible that the slight volume dip helps the Moto Pulse avoid the earpiece rattle that plagues another of my Bluetooth headsets: a pair of behind-the-neck Sennheiser MM100 earphones that I picked up in 2012. Despite the added acoustic cred of the Sennheiser brand, I much prefer the Moto Pulse: its sound quality is better, it lasts longer, and it’s more comfortable to wear over long stretches of time. The Pulse is also substantially cheaper, putting it in more direct competition with the LG Tone line of Bluetooth earbuds. In their Pro trim, LG’s Tone headsets bring added features like vibrating notifications and text dictation as well as a lighter, more portable build – but they also offer somewhat inferior audio quality. 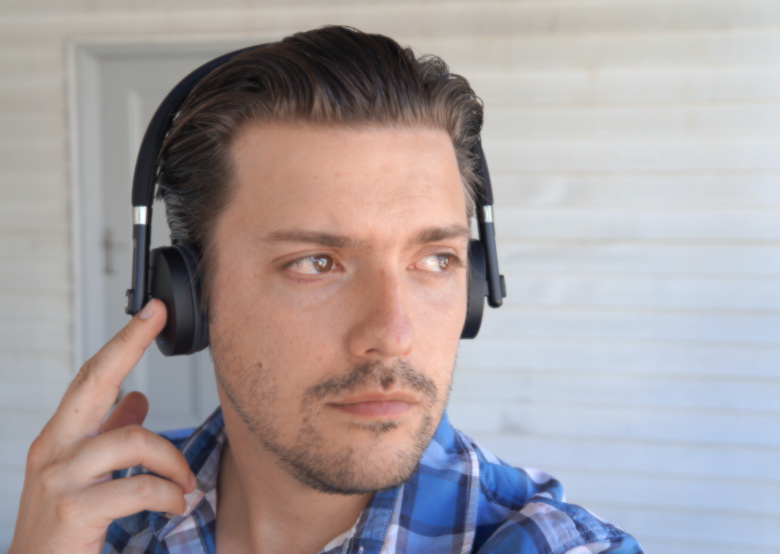 The Moto Pulse is available direct from Motorola in both black and “chalk” (white) for $59.99. While there are cheaper Bluetooth headsets out there, I don’t think you’ll find one that delivers quite the same mix of rich sound, on-ear comfort, and long battery life. It’s rare for a jaded tech-head like myself to get excited about something as commonplace as a set of headphones … but the Moto Pulse is far from commonplace. This is one accessory I don’t want to give back, and I’m seriously considering picking up a pair the next time I refresh my accessory collection. If you’re looking for a solid Bluetooth headset on a budget, the Moto Pulse should be near the top of your list.

Even though videos will default to SD quality worldwide, users can still choose to watch it at a higher or lower resolution on YouTube.

Xiaomi has not announced the postponed launch date yet.