That Moto Luge we saw leaked overnight is looking to be a big letdown, consisting of two-year-old hardware.

Overnight, we shared with you news of what looked like yet another in a growing number of Motorola Androids nearly ready to launch, the Moto Luge for Verizon. There was mention of an intriguing new service called Moto Aware, and we looked forward to learning more about the hardware. But now a little more info on this model has managed to make its way public, and the story it’s putting together is one that’s feeling less and less interesting.

What’s the problem? The Moto Luge appears to be little more than a re-branded RAZR M, a smartphone that launched a solid two years ago.

When we first saw the new renders posted by TK Tech News (below), we were worried he was getting played by a trickster, as they pretty clearly showed a RAZR M, albeit one in the wrong aspect ratio; we’ve stretched-out to correct the pic for publication here. Even the specs offered for the Luge appeared to be a perfect match for the RAZR M, from the ancient Snapdragon S4 Plus to the 4.3-inch (qHD) display.

But then phoneArena followed up with a leak that made it clear that this was no fake. That’s what you see up top, and this looks like the real deal to us. So yes, Verizon does appear to be adding the Motorola Luge to its prepaid lineup, but as a 2012 phone with a new name, it doesn’t sound like anything we’ll be getting excited about. 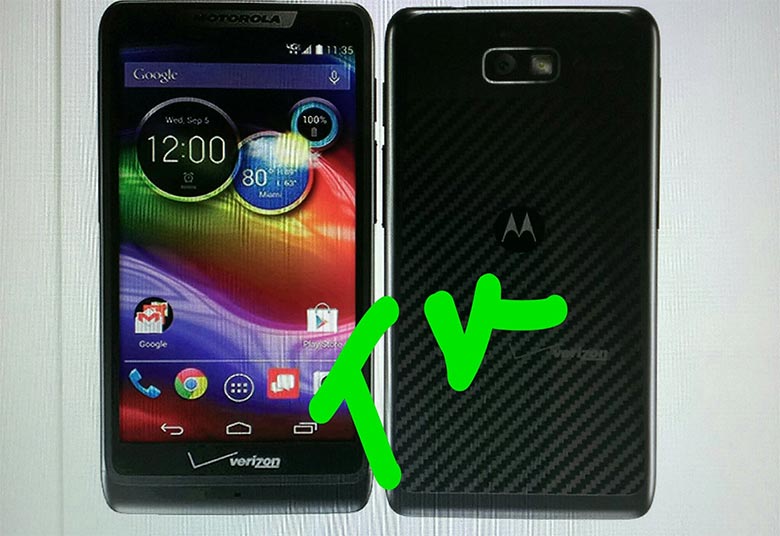