Just two weeks to go until Lenovo finally confirms everything we already know about the mid-range Moto G6, G6 Plus and G6 Play smartphones.

Is there any point in Lenovo holding a special launch event for the thoroughly leaked mid-range Moto G6 smartphone family anymore? We’d be inclined to say no, especially after the most recent price point and shipping date reveals, but invitations are going out for some type of a shindig in Brazil on April 19, and we don’t reckon the high-end (ish) Z3 Play is ready for primetime just yet.

Besides, the “save the date’s” background is eerily similar to the wallpaper rendered on the Moto G6 and G6 Play last week, so it’s probably safe to assume that’s what we’ll get exactly two weeks from today in the lovely city of Sao Paulo. Brazil, mind you, is one of Motorola’s favorite global markets for both exclusive product announcements and early software updates. 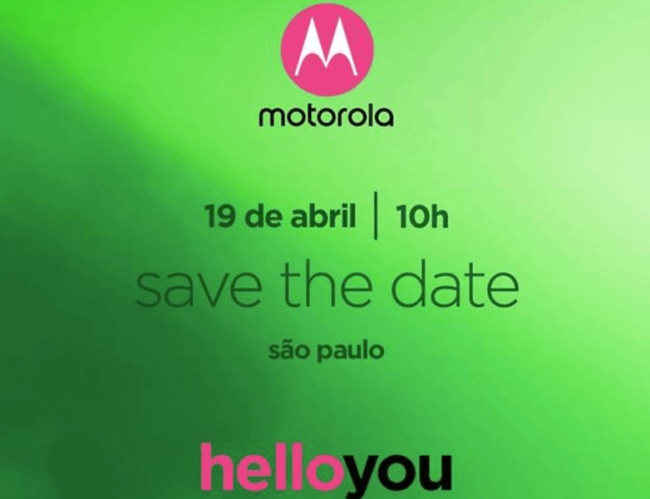 Of course, it’s possible the G6, G6 Plus and G6 Play will be unveiled simultaneously in several countries, perhaps also including India, where Lenovo’s daughter company often likes to launch new stuff as well. We wouldn’t rule anything out, since the G5 and G5 Plus saw daylight in Barcelona way back in February 2017, at the previous Mobile World Congress.

Motorola skipped the European trade show entirely this year, but obviously, that doesn’t mean the G6 lineup will stay away from the old continent. Is anyone still excited about the company’s worst kept secret, though?