These images we’re looking at reveal a Motorola Moto G 2015 unboxed early, before its official announcement. We take a look at the box, device, and specs.

In these images you can allegedly see a Moto G 2015 unboxed early. With all the recent leaks around the soon-to-become official smartphone, we have no reason to doubt the veracity of these stills. The phone has been heavily leaked, from pictures, to rumors, from its looks and Moto Maker options, down to its specs. You can find everything here, in our dedicated Moto G 2015 hub.

The box shown, despite having its text in Portuguese (so probably either a European local version, or a Brazilian unit) features a black unit with a blue and green cover (Motorola Shells), and, as you can see in the images below, those back shells seem to come together with the phone (though we’re seeing lime now), in the box. We’re not sure if this is a “generic” unit or final retail, as Moto Maker has been rumored for the phone, in order to allow customization.

The box also contains a USB cable, charger, audio cable extender (accessory?), and, of course, the phone itself, with the “3rd generation” text on the screen protector, complete with IPX7 waterproof rating, and some other spec call-outs (including 16GB of storage, which could mean it packs 2GB of RAM, or at least this particular version might). This particular unit seems to be a dual SIM version (though we’re not quite sure if all Moto G 2015 units will be dual SIM, or just for particular regions).

Specs on the box confirm what we’ve been hearing: 1.4GHz quad-core processor, five-inch HD display, 13- and five-megapixel camera system for back and front, respectively.

All we need now are the rest of the details to fill in the blanks, and those will hopefully land on July 28. 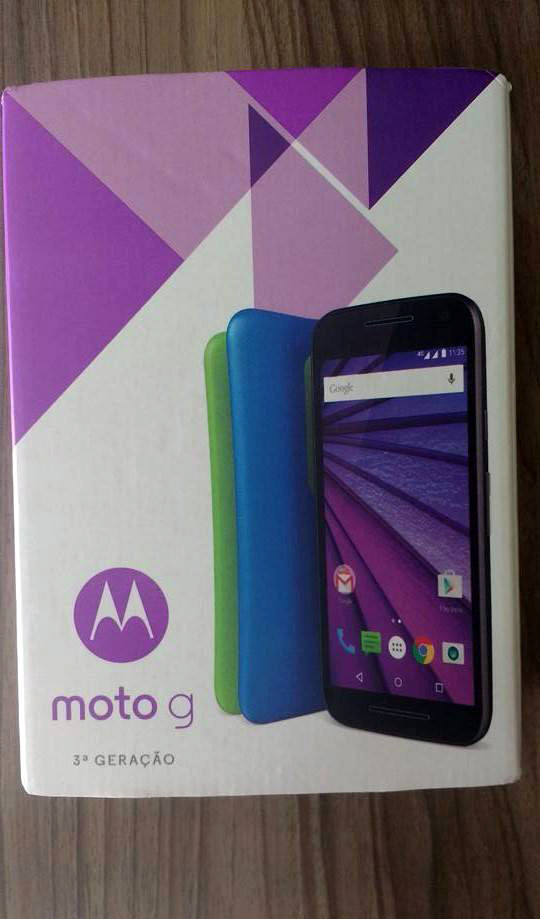 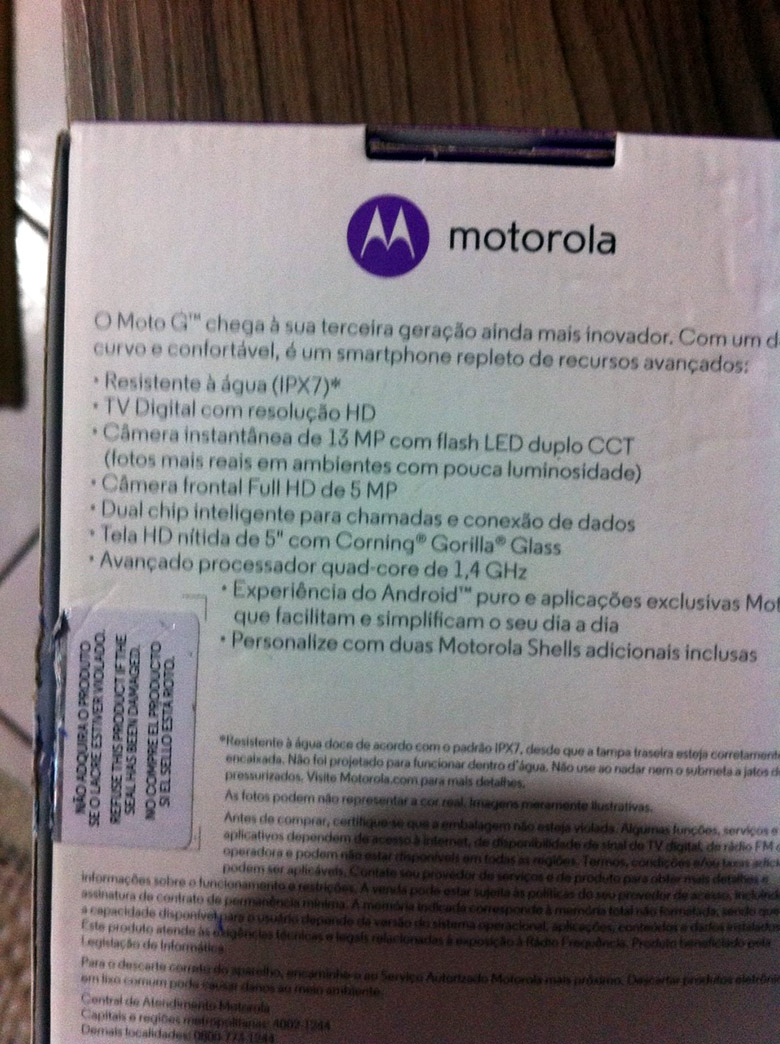