Moto E4 Plus packs a huge battery at a low price, Moto E4 is even cheaper and also metal-clad

Lenovo’s just-unveiled Moto E4 and E4 Plus are overall better than the C and C Plus but slightly lower-end than the G5 and G5 Plus.

It’s raining “value-tier” Moto smartphones, and although Lenovo’s 2017 Android-powered product portfolio doesn’t look very coherent at first glance, it’s fairly easy to tell the newly unveiled E4 and E4 Plus are overall better than the C and C Plus while cutting a few corners compared to the G5 and G5 Plus.

As expected however, there are no battery size compromises in tow as far as the Moto E4 Plus is concerned. The 5.5-incher even manages to keep its waist below the 10mm mark (at 9.55), with a ginormous 5000 mAh cell under the hood that should be able to stay on for “up to 2 days”, as well as provide several hours of energy in mere minutes of charging.

That wouldn’t be possible without a frugal, decently powerful and brand-new quad-core Snapdragon 427 processor, paired with 2GB RAM, while the relatively large display is itself focused mainly on efficiency, at 1280 x 720 pixels resolution.

Priced at $179.99 and €199, the Moto E4 Plus obviously runs Android 7.1 Nougat out the box, also including other respectable specs like 16 and 32GB storage options, 13 and 5MP cameras (both equipped with LED flash), fingerprint recognition and 4G LTE connectivity. 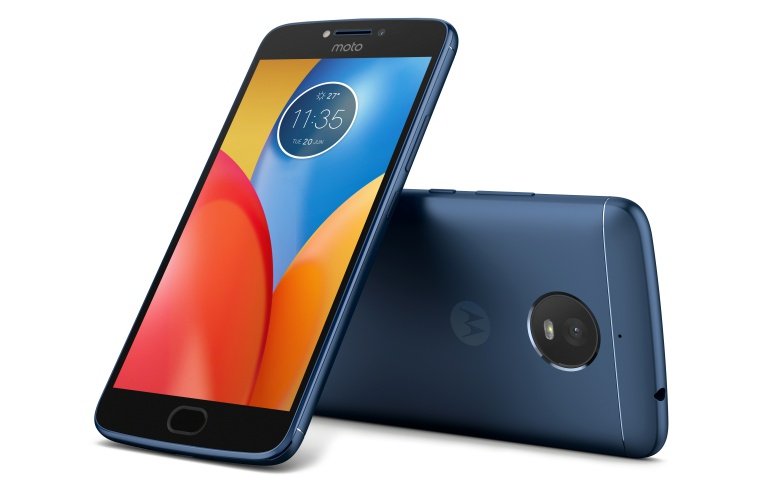 Both the E4 Plus and “standard” E4 are “wrapped in smooth metal”, looking quite premium for their price bracket in a “variety of sophisticated finishes”, from Fine Gold to Licorice Black, Blush Gold, Iron Gray and Oxford Blue.

The $130/€149 Moto E4 borrows a number of the E4 Plus’s features, substantially downgrading the battery capacity (to 2800 mAh), as well as the rear cam’s megapixel count (just 8 here), shrinking the screen (5 inches, HD resolution), and slightly slimming down the profile (9.3mm).

“Various countries” will get the two budget-friendly phones “beginning this month”, with the smaller, lower-end E4 headed for Amazon’s US Prime Exclusive lineup, among others.