Not only does Motorola appear nearly ready to introduce its next generation of the Moto 360 smartwatch, but we’ve already had the opportunity to check this guy out multiple times, thanks to a bevy of useful leaks. Those have revealed to us at least two distinct versions of the new wearable, as the new Moto 360 looks like it’s about to pick up a choice of size options, arriving in both a small and large edition. Is that the extent of the selections of models we’ll have available? Back in late July, we came across some of the first reliable evidence for the new Moto 360 in the form of some FCC paperwork, documentation which mentioned three Moto 360s: a 360L, 360S, and 360SP. If the first two are our small and large sizes, what’s the third? With Motorola’s launch announcement expected any day now, we may have just stumbled upon the answer, as a new leak attempts to identify the Moto 360 Sport.

All we have for the moment is that name and the image above, but it’s not too hard to make some assumptions about what we’re likely looking forward to: a ruggedized Moto 360 that likely beefs-up the regular metal model with some extra resistance to scrapes and bumps, adds an integrated rubber strap, and maybe even steps-up its water-resistance game.

Supposedly, Motorola will first bring the regular large and small Moto 360 to market, sometime in September. This Moto 360 Sport, on the other hand, would wait until November. In addition to this first look at the Sport, we also pick up the additional new renders of the standard Moto 360 look you seen below. 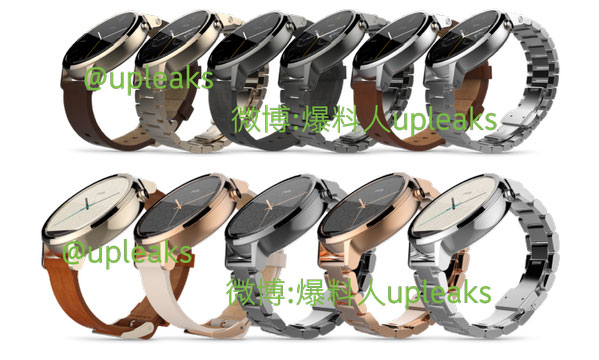 OPPO has not shared a launch timeline or pricing information for the OPPO Reno4 and Reno4 Pro in India.