Our Moto 360 review rebuttal takes a second look at the flagship smartwatch from Motorola. Worth the price tag? Find out here.

The Moto 360 is quite possibly the most anticipated smartwatch of the year. This was to be the culmination of all of our Android Wear dreams in a round-faced, bezel-free masterpiece. Motorola was so proud of this device that it showed us every facet of its life span, from when it was a twinkle in its daddy’s eye to the time it rolled off the factory conveyor belt. It is a gorgeous device.

But the Moto 360 to me is a bit of an enigma. It’s really so great in a lot of ways, but it’s not what I expected or ultimately need in others. I’m not really sure how I am supposed to feel about this device. I’m ecstatic, and let down, all at the same time.

For me the saving grace of the device is that most of the letdowns come from Google and Android Wear and not so much from Motorola. So let’s just dive right in shall we? 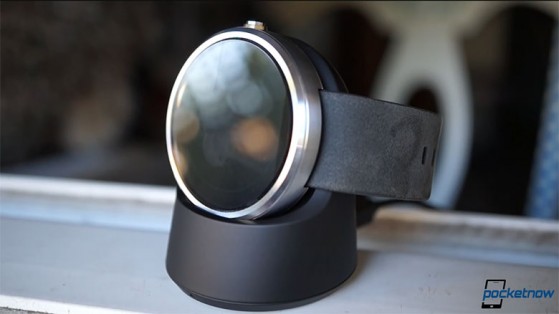 The first thing you will notice about the Moto 360 is how elegantly simple it is. Our review unit had the silver stainless steel trim and the stone leather band. It looks just as good with a T-shirt and jeans as it does in a suit – or at least I’m assuming it does since I haven’t worn a suit in quite some time. But the look and feel of the Moto 360 is nothing but premium, though not gaudy.

It’s there. It’s noticeable. It’s not a big deal. Ahhhhh… that feels better.

The flat tire is there to keep the bezel at a minimum. It was absolutely the right way to go. The thin bezel around the 1.56-inch screen is such a great thing that the flat tire is not a big deal. I’m not going to go as far as other reviewers and say, “I don’t even notice it,” because you would have to be blind to not notice it. This is especially true when any kind of round animation is at play. Android Wear doesn’t know the screen’s not there, so the animation just disappears. So you notice it, but you don’t care. Simple as that.

Some of the other hardware choices aren’t as forgivable. The Texas Instruments OMAP 3 processor can be a bit on the slow side, especially when trying to wake up or when trying to take a voice command. This is a problem because voice commands are about 50% of everything you do on a smartwatch. I’d like to see a newer and less power hungry processor powering this device, but it’s not a deal breaker by any stretch. 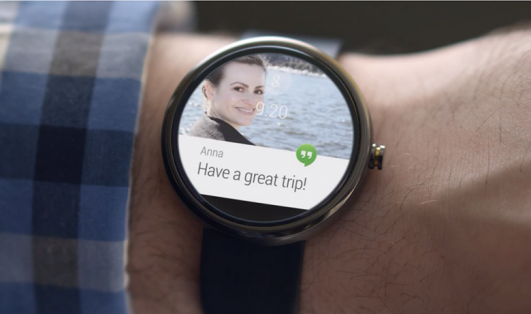 Now here is where the rubber meets the road. We at Pocketnow have already talked at length about Android Wear and how it relates to the Moto 360, but I have a few other specific points to add. I may echo some of my colleagues’ thoughts here, but some of these things are just so obvious, they can’t not be talked about.

Android Wear is a wonderful notification service. It’s really awesome to be sitting at your desk, feel a slight buzzing, and be able to see what just happened without even taking your phone out of your pocket. It’s even better because this is strapped to your wrist, so your chances of not feeling the notification come in are practically zero. I don’t think I missed a single notification during my review period.

But the problem with Android Wear is it is only a notification engine. You can only act upon a notification when it is there. So if I read an email, then dismiss it (because it will be in your way until you do) then I have no way of going back and reading that email again, or replying to it. It’s a small but important point: Android Wear doesn’t really allow you to initiate actions. It doesn’t allow you to act, only react to things happening to you. 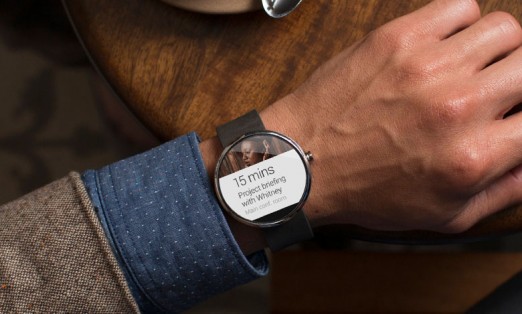 Yes, you can send texts, and emails, and generally communicate, but only by voice control. If you want to know what the weather is like outside, you better hope you didn’t already dismiss that card. If you want to know when the Cubs are going to lose next, you better not have already dismissed that card. Sure, you can ask the watch, “When is the next Cubs game?” but there are times when that’s not appropriate to ask out loud. 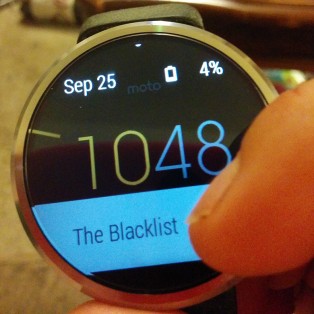 One of the key points with the Moto 360 is the battery. The battery is a bit of a quandary for me though because initially the battery life was not so good. After a couple of days, I was getting to work, and home on the train before I had to plop it on the charger – with Ambient mode off. Motorola then released an update for the 360 that addressed a connectivity issue. This helped dramatically increase battery performance so that an entire day from wake up to night-night time was not out of the question.

I was not brave enough to turn on Ambient mode until just one day before publication. Mr. Fisher’s first review had the Moto 360 powering off after eleven hours of Ambient 360 goodness. When I turned on ambient mode, I found myself at 42% power remaining after the same eleven hours. It’s true this was a particularly light day on the notification circuit, but still, that’s a significant improvement.

Personally, Ambient mode doesn’t do anything for me. Going forward, I’ll probably turn it off because a smartwatch really only need to display the time and notifications when you are looking at it, and it does that with no problem. But if you want to have the watch display the time constantly, even if you’re not looking at it, then you can probably turn it on and still safely get through a day.

I am very thankful for my time with the Moto 360. As a smartwatch nerd, I can attest to how this vision of Captain Kirk and Michael Knight rolled into a package that would make 007 proud really gets the juices flowing. The potential for the smartwatch to really make an impact on the industry is there for the taking. Now that more devices are being released on multiple platforms, this is a thing, and that makes me happy.

That being said, this is still a 1.0 product, both on the hardware side and the software side. Is $250 too hefty a price tag for something with pretty significant limitations? I don’t know. It probably boils down to how much disposable income you have. This watch is not an accessory you need to get by in the mobile space; it’s every bit the luxury that it seems to be. It’s probably safe to say that we’re very interested in what future generations of the Moto 360 and Android wear will bring. For now, my $250 is staying in my pocket, but only just barely.

Want to see Pocketnow’s official Moto 360 review from a few weeks back? Check out the video embedded below.