Even more Moto G6 and Moto G6 Play renders leak out, as well as full specs and price points

Not that we needed it, but here’s another (almost complete) look at the unreleased Moto G6 and Moto G6 Play mid-range smartphones.

But that’s likely to change before long, and something tells us the oft-leaked mid-range Moto G6 trio will predate the higher-end Z3 and Z3 Play. Yet another generous batch of top-quality G6 and G6 Play press renders is brought to light today, along with further confirmation of key specs and estimated price points.

First things first, if you need to easily tell these two apart, just look for the “regular” G6’s front-mounted fingerprint reader. The biometric sensor is absent from below the screen of the G6 Play, hiding inside that unmistakable “batwing” logo at the back. 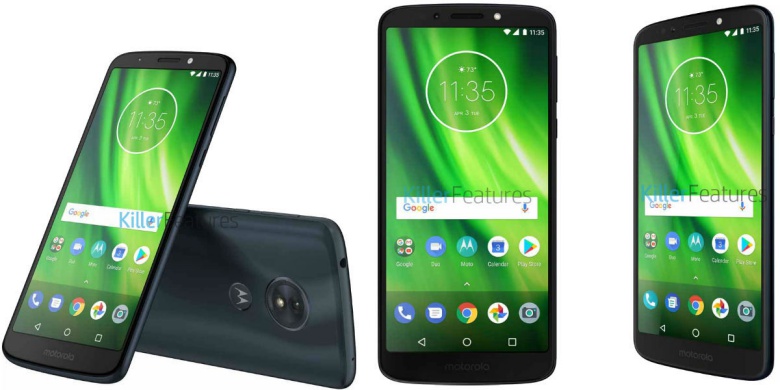 The Moto G6 also comes with a 12 + 5MP dual rear-facing camera setup, downgraded to a single 13MP lens on the Play variant. We don’t know what kind of a selfie shooter the latter will sport, but the former is widely expected to include a capable 16MP front unit.

Both the G6 and G6 Play are 2:1 5.7-inch affairs, apparently, but naturally, the pricier model delivers superior FHD+ display resolution, compared to HD+ (1,440 x 720 pixels) for the ultra-low-cost version.

Speaking of, we’re hearing Lenovo plans to price the Moto G6 at around $249, and the G6 Play at $199 or so, with Snapdragon 450 and 430 processing power respectively. Interestingly, the Moto G6 Play should pack the larger 4000mAh battery, while the 3,000mAh G6 will make up for that particular compromise with up to 4GB RAM and 64GB internal storage space.