Modular phones are becoming a thing. Or so LG hopes. One of the most popular modular phones of later has been Project Ara, Google’s modular device that will have a Lego-like structure of swapping out components that are sold out of lunch wagons. I’m not even making this up. This is an interesting concept since it adds two things to your phone which cannot normally be added – longevity and ease of repair. LG’s modular design adds a new dimension to the equation – expandability. But the question is, are those things that the modern smartphone needs? Or is the concept of the modular phone overrated? 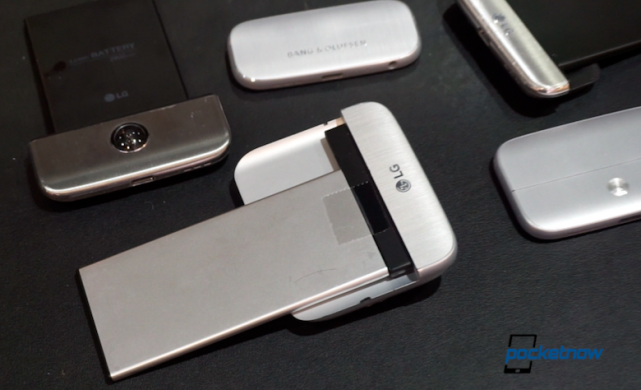 On the one hand, project Ara and LG are both offering something really unique to the smartphone world. A phone like Project Ara could conceivably keep going forever, with incremental upgrades here and there as one needs them. Need more RAM? Go buy some. Need a better screen? Go buy one. That’s not something you can do with a normal smartphone.

Plus, after giving it more thought, I’m softening my stance on LG’s modular design. The LG friends aren’t really made to swap in and out like pants. Well, sure may they can, but I don’t think that was the intention. Rather, they’re there for those consumers that want a little extra something on their phone all or most of the time. Things like the DAC component should reside in the phone full time, not just when listening to audio. And the camera accessory might be considered bulky by some, but others will welcome the extra grip and battery capacity, not unlike the camera grip for the Lumia 1020.

So what that gives LG and Ara the ability to do is to basically build and sell one phone and let the consumer decide which variant is right for them. We will sometimes point at Samsung and joke about all the phones it puts out because it’s trying to please everyone. Well, to an extent phones with a modular design can do much the same thing, but the OEM only needs to manufacture one phone, so who is winning in that particular contest? 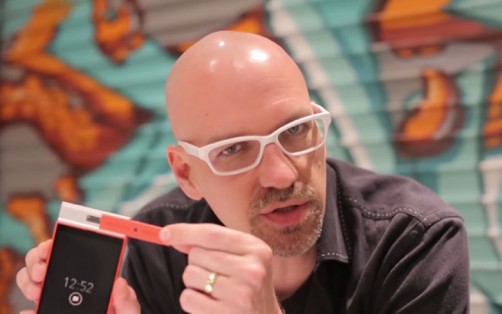 On the other hand though, Samsung ~is~ winning that contest because who is buying modular phones? Project Ara hasn’t even begun shipping yet. In fact, Project Ara has barely tweeted since “joking” that the phones were falling apart. #NowHiringSocialMediaManger. Modular phone design might be one of those things that’s much better on paper than it is in reality. You know, like the Calgary Flames. Oh no he didn’t, oh yes he did.

After all, LG is going to have a dilemma next year with its next flagship when it has to decide whether or not it’s going to keep the same dimensions for the LG G6, or even if the G6 is going to be modular at all. Is LG prepared to adopt modular design for the long haul, or is the G5 a science experiment. Because, if that’s the case, guess who the mice are.

Phones with a modular design are a wonderful idea for the consumer, but for the manufacturer they’re terribly constraining. The same freedom I boasted about above – making one phone that can be customized for everyone – would hold back that same company in future designs. Suddenly, some things you wanted to do with a phone to make it great aren’t possible because you’re locked in to a specific form factor or technological limitation like a connector between modules. And that can kill a phone just as surely as bad camera.

So, for those of us who have bought into the concept of a modular phone, we have to be prepared to accept the reality that this may be a one-time thing. Modular phones are only good if the parent company continues to make modules. Once the company decides it’s done in that arena, you better be happy with what you are left with.

So what do you think? Are you intrigued by the possibility of swapping out components on your phone to make it yours? Will you feel burned if LG decides that the science experiment is over? Do you think there is any company out there that can give modular phones a real shot at being a success? Is LG or Google that company? Sound off below with what you think. Fortunately in this case you don’t have to vote with your wallet, just with a comment, so let’s see if we can figure this out.