Is Google really betting on modular phones, or is it something more?

Modularity helped boost the presence of the home PC, could modular phones do the same thing for Android? Is that what Project Ara is really about?

We’ve covered Google’s Project Ara in the past. To recap, it’s an experiment Google is undertaking wherein our smartphones (and perhaps someday our tablets, too) are built the same way many of our desktop computers are, with modular components. Currently, Google is promoting a skeletal framework and set of protocols and standards into which individual components can quickly and easily slide into place. Want more RAM? Buy a new RAM module to replace your old one one. Want a better camera? Buy a new camera module. It sounds really interesting and, other than the horrible hodgepodge design, modular phones seem like a fantastic concept – but is Google really betting on that, or is there something more at play? 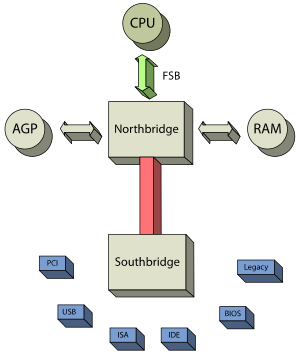 I used to be a professional system builder. I put together custom PCs for a living. Using off-the-shelf, name brand components, the company I worked for at the time was able to create amazing computers for very reasonable prices – comparatively speaking.

We started with a good case with plenty of room to expand, optimal ventilation paths, and a power supply capable of supplying enough clean power to run all the components. Next, we added a high-end motherboard. Motherboards include a lot of components on them already – North Bridge chips, South Bridge chips, and more. These two main chips control the communication to the top and bottom parts of the system. On the top are heavy-bandwidth components like the CPU, RAM modules, and the graphics bus. From there, the North Bridge talks to the South Bridge which handles the PCI bus, USB ports, disk drives, BIOS, and more.

This design enables system builders, like me, to put in components to do whatever the customer needs. Furthermore, it enables component manufacturers to make all kinds of hardware to do all sorts of really cool stuff. Just look at the vast array of video cards that are on the market today.

Modularity, in the case of desktop PCs, has driven prices down, options up, and has gotten us to where we are today.

There was a time when your CPU was separate from the ALU, various caches, and memory controller. Today, all those components are built into the CPU itself. This integration has benefits of increased speed and throughput, and also reduces cost over the four separate components (and sockets on the motherboard to receive each of them). These days many North Bridge configurations come with video onboard, integrating what used to be a separate video card.

Switching over to mobile devices, to reduce cost and reduce size, manufacturers utilize a concept called SoC – System on a Chip. Since smartphones and tablets are essentially just miniaturized computers in our pockets, many of the components are the same, they’re just all crammed into a single chip (or a just a couple chips).

This tight level of integration has narrowed the playing field, concentrating the component manufacturers into just a handful. It’s made our electronics disposable rather than upgradeable, and it’s limited our options. What might be even more concerning is the trend for drivers to be closed and proprietary, frustrating individuals trying to make custom ROMs or better drivers. 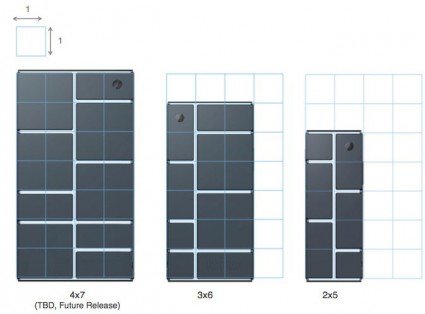 We’ve seen the two extremes when it comes to modularity and integration. We’ve talked about the pros and cons of each. That’s where Google’s Project Ara comes in to play. What if we were to apply all the modularity benefits of desktop PCs to handheld devices? Now phones would be upgradable rather than disposable. They’d be repairable. They’d be customizable.

Yeah, all those are great, but what if that’s not the end-game?

For this configuration to work, drivers would have to be modular as well, and that could potentially open what’s been the bane of the independent developer. While Google may be telling people that Ara allows individuals to upgrade their RAM, storage, or battery whenever they want, could the real reason be to bootstrap a modular revolution just like we had with desktop computers in the 1990’s? If so, what could the future hold for devices powered by Android?

We’re curious to hear your thoughts! What would you build if smartphones and tablets were as easy to build and customize as desktop computers? Head down to the comments and let us know!