Initially limited to ancient 2G connectivity, the 2017 “reimagining” of the Nokia 3310 classic is finally getting 3G speeds in unspecified markets.
Published 28 September 2017, 07:15 EDT

In recent months, HMD Global seemingly had bigger fish to fry than a nostalgia-inducing “reimagined” Nokia 3310 dumb phone, keeping busy with the slow global expansion of the surprisingly popular mid-range Nokia 5 and 6 smartphones, as well as the gradual rollout of the company’s first flagship device.

But even though you have to figure there’s no future for a primitive handset with a tiny non-touch display, 2MP camera and… FM radio, HMD still wants “more countries” to be able to enjoy this “classic.”

The profit margins of the long-in-the-works, newly introduced Nokia 3310 3G variant can’t be much higher than those of the 2G configuration. After all, the latter carried a €49 MSRP in Europe, while the “modernized” version is set to retail for a “global average price” of €69 starting mid-October.

Nokia’s exclusive brand licensee is probably not interested in sales volumes either, merely looking to ride a wave of curiosity combined with good old fashioned sentimentality. Or, as Chief Product Officer Juho Sarvikas puts it, “our reimagining of the Nokia 3310 has been a global and cultural phenomenon”, capturing people’s imagination with a simple “mix of nostalgia and a beautiful phone.” 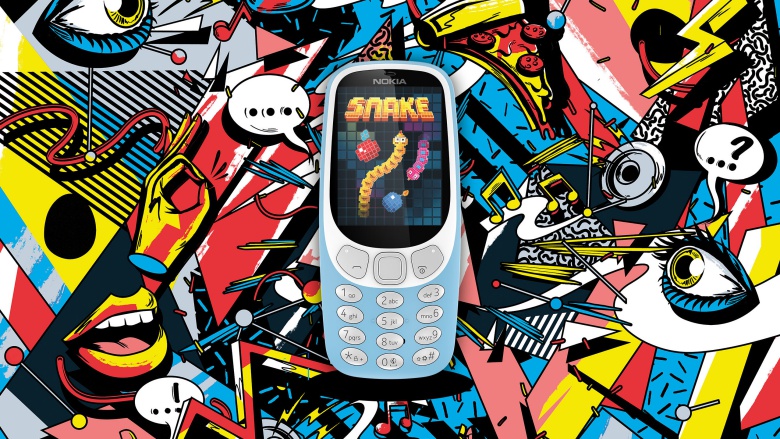 This “beautiful” phone can now actually make and receive voice calls around the world, though unfortunately, we don’t know exactly where it might become available soon. Compared to the 2G model, the addition of 3G connectivity obviously reduces battery life substantially, to a maximum of 6.5 hours in talk time, 27 days in standby, and 40 hours in MP3 playback time.

There will be single and dual-SIM flavors, weighing 85 and 88 grams respectively, coated in your choice of Yellow, Warm Red, Azure or Charcoal, all with a nice matte finish… and Snake, of course. Bargain hunters, rejoice!