In case you haven’t heard of Mobvoi, it’s an AI company that’s backed by Google and Volkswagen. They brought two smartwatches to Las Vegas, the TicWatch E2 (image above) and TicWatch S2 (image below), to complete the line-up and join the already announced TicWatch C2 and TicWatch Pro. The new models have the exact same specifications, the difference being that the E2 is called Express, and the S2 is called Sport, so it’s lifestyle mainly.

They measure 46.9 x 52.2 x 12.9mm and are powered by Google’s Wear OS. The Snapdragon Wear 2100 chip powers them both, and the watches feature a 1.39-inch AMOLED display with 400 x 400 resolution. The case is made out of polycarbonate and the straps are 22mm interchangeable.

Bluetooth 4.1 and WiFi b/g/n takes care of connectivity, and they both support GPS, GLONASS, and Beidou. Sensors include an accelerometer, gyroscope, heart-rate sensor, and low latency off body sensor. Battery capacity is 415mAh, and they are rated for 5ATM waterproofing, which means you can take them for a swim or surf.

Both watches will be available shortly after CES, but pricing has not yet been revealed. 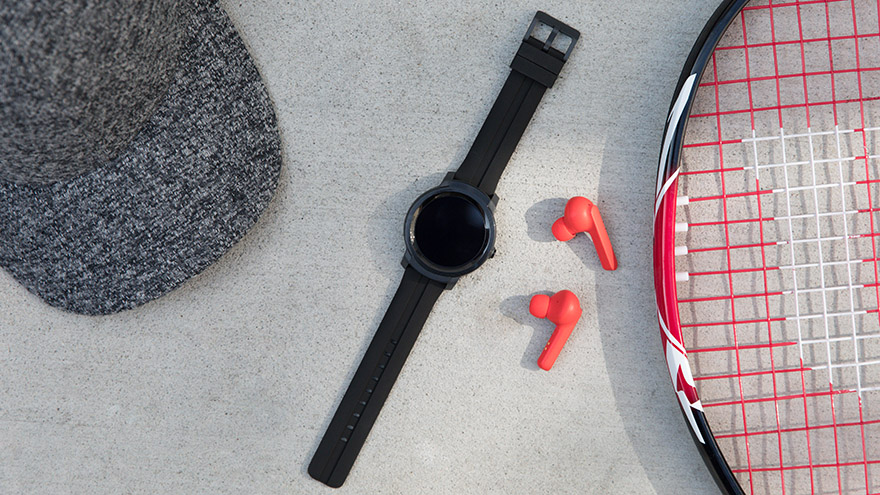 It seems that the rumored Apple Glasses could be presented next year, several months before they are available for purchase