Technically, the Mobile World Congress may finish-up tomorrow, but with all the big smartphone and tablet events over, we’re calling it a wrap. We’ve had a great time the past several days bringing you news of all the new hardware and software companies came to the event to promote, and as we now begin to recuperate and get back to business as usual, we wanted to take a look back on MWC 2013 and everything it brought us.

The week leading up to the MWC was filled with rumors, as we should expect, and while some played out, others fell flat on their faces. 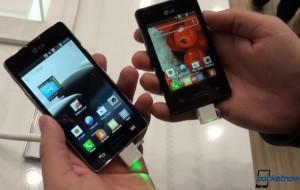 LG really got things started early, and announced both the Optimus G Pro, as well as the L Series and F series, before the expo really got underway. Of course, that didn’t stop it from following all those up with a joint announcement of its entire new lineup. We ended up going hands-on with the Optimus L3 II, L5 II, L7 II, F5, F7, and of course the G Pro. Separately, we got word that LG was taking over the reins of webOS from HP, causing a bit of excitement for fans of the platform.

Samsung may not have had the Galaxy S IV to show, but it did bring the Galaxy Note 8.0, its new mid-sized stylus-equipped tablet and announced an Android-based media player. Already big fans of the Note series, we grabbed a Note 8.0 to play with first chance we got.

Huawei announced its Ascend P2 Android, and while it was neither as high-res nor thin as rumors made it out to be, it did manage to pack a super-fast LTE radio. Our hands-on with the phone found it to be impressively light.

HP surprised us a little with an Android tablet, and being such a new direction from the company, we had to track one down. 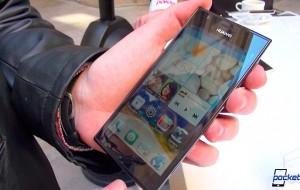 Alcatel also had some surprising hardware to show off, following up its CES offerings with a 1080p Android and a handset for the new Firefox OS.

Nokia had a couple new Lumias to present to the crowds, along with some decent-looking feature phones. We gave the Lumia 520 and Lumia 720 a good once-over, and even spent some time with one of those dumbphones (with some deceptively smart features).

Teaser videos from ASUS had us thinking about its leaked Fonepad, but it also had a new Padfone to share. We checked out both the tablet that thinks it’s a phone, as well as the new Padfone Infinity.

Sony had some new info to reveal about its already-announced Xperia Tablet Z, and we got to see for ourselves just how incredibly thin the tablet really is.

ZTE brought a new phablet to announce, the 5.7-inch Grand Memo, and also had a Firefox OS phone of its own. We went hands-on with both the Grand Memo and the ZTE Open.

There were plenty of other one-off encounters we had with hardware that caught our eye, including Acer’s Liquid C1 and the CAT B15 ruggedized Android, and got an extended look at Jolla’s Sailfish OS. Appropriately enough a pair of dual-screened Androids piqued our interest, and we got to show you both the e-ink based YotaPhone and a convertible model from NEC. We also got to be impressed by some of tech demos, like seeing sapphire glass withstand some serious abrasive action.

Throughout it all, we tried to keep you in the loop with our podcasts, both previewing and wrapping-up the MWC, and did the same for a pair of Pocketnow Live hangouts.

As exhausting as it’s been at times, we had a great week sharing this all with you, and can’t wait for the chance to do it all again!