Sometimes, even the things that make a ton of sense, fail to impress. When Bill Gates announced the Tablet PC so many years ago, the idea took the world by storm when it came to making headlines. What wasn’t there to be cool about a portable computer you could write on, seriously? Well, the product failed to deliver in the bottom line for over 8 years, and the reasons why are still things many debate. In my opinion, the reasons why were mainly because the products were too big, too expensive and too underpowered to deliver back in the day. It just didn’t make sense to pay more for a cumbersome experience.

Apple changed the present of tablets with their launch of the iPad ironically. For all of us tech-heads who dreamed of a Tablet PC from 2002, the iPad was a waste of time, and that’s the main reason why I waited 11 months to buy one, waiting for a better alternative. Still, for the rest of the world, the fact that it was portable, affordable and adequately powered for media consumption was all they needed back in 2010. I know many of you will debate the “affordable” portion, but remember this is before the Nexus 7 was even an idea.

Microsoft acknowledged this with their Surface line-up last year. Once again, they released two products that made a ton of sense, but that failed to impress in the bottom line once again. Many still don’t understand why these two products could miss the point of a tablet so terribly, and I’ve got my own opinion as to why:

I’ve come to the sad conclusion that tablets are one of those products that you buy because you can, but not because you need one. It’s like that Harley Davidson that most of us will buy in our early 40s, but that we’ll only use on a Sunday because we commute to our jobs in whatever car suits our needs. Tablets are products that are convenient to use for media consumption, but that aren’t necessarily useful when it comes to productivity. Some say that the reason why is because their ARM processors won’t do much, but I tend to disagree. For me, the real problem is that the form factor is not practical for getting work done, no matter how cool your keyboard case is.

When you read something like this, your immediate thoughts are most likely the fact that I’m a Surface Pro kind of guy. In a way, you’re right. I don’t find the current tablet market to be good when it comes to productivity, and the Surface Pro is actually the perfect product for those who need it. To give even more credibility to that assumption, I’ve always owned the top-tier 64GB iPad that’s available, which will cost you almost $950 in retail. So yes, you could say that I’m the type of customer that would gravitate towards the Surface Pro more than I would the new Surface 2. So why haven’t I bought one?

Let me explain why, still today, I don’t think I’ll buy either of these two tablets once again, even if I like what I see.

Why the Surface 2 is a good idea, badly implemented

I can’t deny that I personally love the design of the Surface, the idea of the touch covers, and the whole concept of having a tablet that can do media consumption as well as it can do productivity. Steve Ballmer wasn’t wrong when he said that not everyone in the world could have more than one computer, so why should you compromise? Still, the biggest problem with the Surface RT hasn’t been the idea, but mainly the implementation.

If you watch our After The Buzz on the first generation of this tablet, you’ll notice how we tried hard to love it. Still, the longer we had to wait for apps to reach the device, or the longer we had to wait for the few apps available to even launch was preposterous. Many of you will say, yes, the Surface 2 will have a Tegra 4 processor now, so that should be better. Well, I’d agree with you if it wouldn’t have taken NVIDIA 9 months to find somebody willing to invest in it after the terrible experiences we all had with the Tegra 3.

For me the Surface 2 would’ve been the perfect tablet if Microsoft would’ve allowed Windows Phone apps to work on it, and if everything would work on it as well as everything works on competing platforms. Lag is simply not an issue an Android tablet that’s just half the price of the Surface 2 (Nexus 7), nor any iPad, so there’s no excuse. Actually, this is the biggest irony since Microsoft is a software company.

Why the Surface Pro is a great idea, for the wrong market

I guess the main reason why I avoid the Surface Pro, even when it solves all the reasons why I don’t like a Surface 2, is because it’s a cumbersome productivity device. The idea of replacing all my computers and tablets with just one device is genius, and the Surface Pro is adequately powered to be a workhorse. Still, its biggest issue is that those of us in need of getting work done need more than just portability.

I’ll give you some examples based on my personal use: I edit most of the videos that we do here at Pocketnow, and the reason why I prefer editing video on an iMac, or a Retina Display MacBook Pro has everything to do with the size of the display. It’s awesome that the Surface Pro allows me to do these things, and the fact that its screen resolution matches the one of my iMac is cool, but I just don’t find the size of the display to be convenient. Yes, there is a Stylus, and yes, you can use a Mouse, and yes, you can use a monitor, but the whole drama behind these separate accessories just killed your idea of portability. In my previous job, I always built my own complex pivot-based spreadsheets to help my job be easier, and if I had to chose between a 14-inch laptop with the same internals of the Surface Pro, or a Surface Pro, I’d go for the 14-inch laptop. 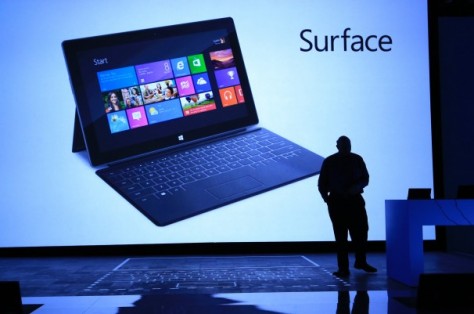 Again, there’s nothing wrong with the Surface Pro as a product. I’m sure that many of you are like our own Adam Lein, and love it to death. As a professional web designer and professional photographer, this product is perfect for him. Sadly, most of the people in the target of this product are niche markets that’ll never land Microsoft any significant numbers, and for a product to succeed, you need numbers. When I look at the new Music Kit, we go back to the same point. Cool ideas, but with a very limited market. The rest of us do care about a display-size, and other things that the Surface Pro just doesn’t answer once you sum its price, plus the expensive type covers.

I wonder if Microsoft has ever considered launching just one tablet that does things right? As awesome as the Surface Pro is, it’s a tough sell because it’s just too expensive to be a tablet, and not the most comfortable laptop. In the case of the Surface 2, its just very badly placed when it comes to apps and ecosystems. What if Microsoft worked on making the Surface 2 hotter? It already runs office, and if they figured out how to allow Windows Phone 8 apps to run on it while more Windows RT apps are built for it, and if the Tegra 4 does deliver on its promise, this could be a very hot iPad competitor. Again, I’m being clear that the Surface Pro is the perfect tablet in my opinion, but then again, my tech-head mind doesn’t match what the mass market wants, and right now Microsoft needs to shift its focus towards the consumer, even if their whole Surface 2 keynote was based on productivity.

So, which of the two Surface tablets would you pick? Or are you like me, and you’re waiting for our review to help you decide? Leave us a comment down bellow.