Microsoft still thinks it can beat Google in the classroom, marketing four new Windows 10 and Windows 10 S devices from Lenovo and JP as powerful alternatives for Chromebooks.

No longer shy about attacking arch-rival Google in the classroom, thus indirectly acknowledging the prevalence of Chromebooks in the education PC segment, Microsoft is billing the newest Windows 10 and Windows 10 S devices from Lenovo and JP as “options for schools who don’t want to compromise on Chromebooks.”

Unfortunately, we’re not told a great deal about the specifications of the $189 and up Lenovo 100e, $279 and up Lenovo 300e, or the ultra-affordable Classmate Leap T303 and Trigono V401 from JP.

But as far as we can tell, that 100e makes plenty of compromises, starting with a modest Intel Celeron Apollo Lake processor. The 300e has an unspecified chip under the hood, nonetheless standing out with 2-in-1 convertibility and pen support. 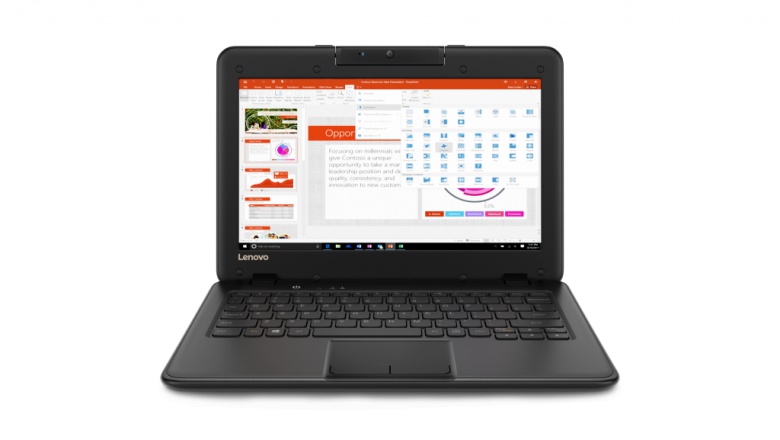 As for the Leap T303 and Trigono V401, which are manufactured by one of Microsoft’s “largest partners in emerging markets”, their main selling points are Windows Hello and a nice combination of 2-in-1 versatility, pen and touch support respectively. Their starting prices are set at $199 and $299 respectively, sharing rugged features, long battery life and “faster connectivity” with existing HP ProBook x360 11 EE and HP Stream 11 Pro G4 EE laptops designed primarily for school use.

But wait, there’s actually more from Microsoft on the classroom-friendly technology front. Ahead of the Bett Show in London, Redmond is also announcing a new and free Chemistry Update coming to Minecraft: Education Edition “this spring.”

Further, six new applications from Pearson, the world’s largest education company, will deliver “seamless experiences” on both HoloLens and Windows Mixed Reality headsets. Commercial and Developer HoloLens units will be sold at 10 percent off for schools and universities “in select markets” soon, and last but not least, BBC Worldwide Learning and LEGO Education are throwing their weight behind the Microsoft Education initiative to bring exclusive content to “classrooms and museums around the world.” Your move, Google!