Learn more about the Microsoft Surface Phone that has just been leaked yet again, as it seems that Microsoft hasn’t ditched this project just yet.

We’ve been hearing about a possible Microsoft Surface Phone for nearly three years now. With all the recent changes that have happened in Microsoft, it’s even harder to believe that this phone will happen now. That said, it could be that the company is still considering it, and today we learn about its specs.

It seems that this Microsoft Surface Phone is known by the codename of project Project Juggernaut Alpha, which matches the previous leaks we heard a couple of years ago. If true we’re seeing a spec sheet that’s rather powerful with a 5.5-inch AMOLED display of 1440×2560 16:9 resolution and protected by Gorilla Glass 4. When it comes to its internals we see an Intel Atom x3 (SoFIA) 64-bit processor, 4GB of RAM, 64 and 128GB of expandable storage, Surface Pen compatibility, USB Type-C, Wireless Charging, and all wrapped in an Aluminum and Magnesium unibody. We also notice a 21MP PureView Zeiss 6-lens primary camera, and an 8MP Zeiss Wide-Angle selfie camera. It’ll obviously run Windows 10 Mobile, but we wonder if this device will be something that we won’t see until a future batch of launches, and doesn’t match the Lumias that we hear about right now.

Whatever the case may be, given the age of the previous rumors, let’s just take all this with a grain of salt. 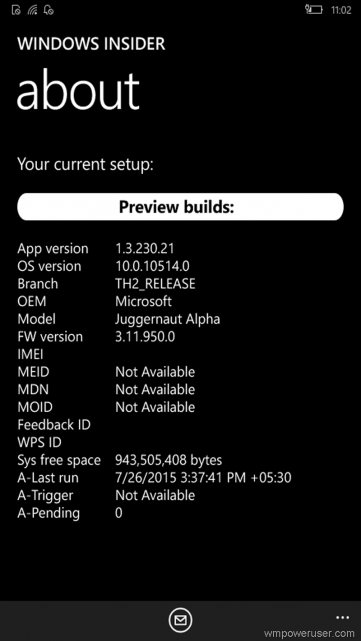