Invites are going out to a Microsoft Surface event happening on October 2 in New York City. Click to read what to expect.
Published 08 September 2018, 02:00 EDT

Microsoft is joining the list of companies that hold special events this fall. Apple is kicking things off on September 9 with the annual iPhone event bringing us the iPhone XS family. Google will announce the Pixel 3 and Pixel 3 XL on October 9. In between the two, Microsoft just started sending out invites for a special Surface event in NYC on October 2, at 4PM.

While the invite isn’t really telling and packed with hints and details, we can probably think Surface. And by Surface we don’t mean Surface Phone. There will probably be updated Surface Laptop and Surface Studio models, and improved Surface Pro and Surface Book 2 versions are also possible. Engadget hints that there might even be some “new gadgetry” planned for October 4, so stay tuned as we hear more and tell you about it. 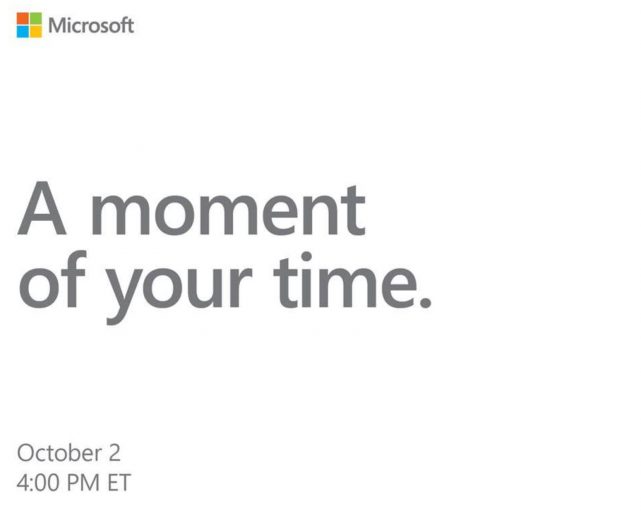 You might not like Windows 11. There are some issues with it. But if you want to try it anyway, make sure you do it the smart way with a reliable method of getting back to how your computer was before you started the installation.