As surprising as it sounds, Microsoft’s strategy for smartphones has shifted from being the platform that your device runs on to seamless ecosystem integration. The Company no longer cares if you have a Windows device in your pocket.

The smartphone landscape isn’t what it used to be. When Apple and Google decided to jump into the space, many doubted that they could compete with BlackBerry, Microsoft and Palm. The established players had years of experience and loyal customers, but focused their efforts on business users rather than creating platforms which appealed to the masses.

Fast forward to 2018 and things have changed significantly. Palm is a distant memory and BlackBerry is a shell of what it used to be. Microsoft is still a relevant player in the smartphone space, but not like it used to be. Microsoft hasn’t officially announced that it has given up on Windows Mobile or Windows Phone (doesn’t anyone really remember what they changed the name to last?), but recent changes to Microsoft’s strategy have positioned Microsoft for long-term success.

As surprising as it sounds, Microsoft’s strategy for smartphones has shifted from being the platform that your device runs on to seamless ecosystem integration. The Company no longer cares if you have a Windows device in your pocket, just as long as you’re using Microsoft apps and services. Microsoft has been working hard, creating a comprehensive suite of apps for iOS and Android which rival what Apple and Google offer to their customers. If you really want a  Microsoft phone, you can. Outlook will handle your email and calendar, the Office suite will give you all the work apps you’ll ever need and One Drive is a great replacement for iCloud or Google Drive. Microsoft even has its own launcher and lock screen apps for Android. Add in a dozen or more app like Cortana, Bing Search, Skype and Edge and you could have a smartphone which never uses any of Apple or Google’s apps or services.

But Microsoft is now taking things one step further. During the Build Developers Conference, Microsoft revealed the next phase of its mobile strategy – seamless iOS and Android integration with Windows 10 computers. 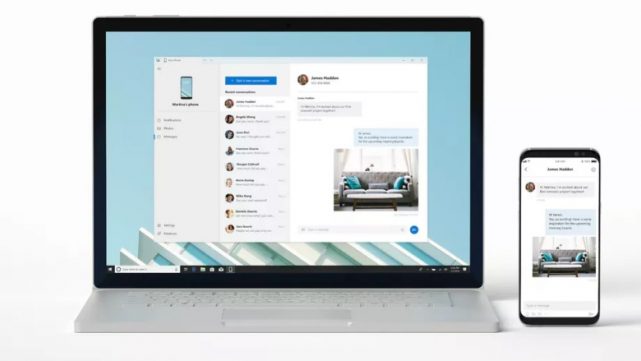 The new Your Phone app on Windows will allow Android and iOS users to see notifications, view and reply to text messages and even access files from their devices directly from their Windows 10 computer.

A new ‘Your Phone’ experience that enables a window into a user’s phone right from their PC for instant access to text messages, photos and notifications. Imagine being able to quickly drag and drop your phone’s photos into a document on your PC in one swift movement – without having to take your phone out of your pocket. ‘Your Phone’ will begin to roll out in the Windows Insider Program soon.

The concept behind Your Phone isn’t new. Apps like Pushbullet and Airdroid have been doing this for years. But this new app shows Microsoft’s “commitment to meeting our customers where they are – across platforms.” 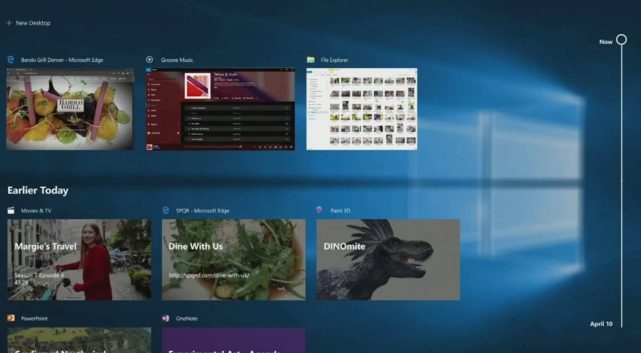 This is further emphasized by the announcement that Windows Timeline support is coming to Android and iOS. For those of you not familiar with Windows Timeline, it’s a service built into Windows 10 which allows users to resume app sessions on different devices. Microsoft hasn’t shown exactly how the feature will work on Android or iOS, but users should be able to continue working on documents, photos and more on their mobile devices without first needing to save their content to the cloud.

There are a lot of people who are still hoping for a Surface phone and for Microsoft to revive its mobile operating system, but I think Microsoft’s current approach is better for everyone. With more than an 85% market share desktop and laptop market, Microsoft needs to worry more about how the mobile devices we use can integrate better with the computers we use. Your Phone and Windows Timeline integration look to be great first steps.

If Microsoft’s new apps work as seamlessly I hope they do, Windows users will soon find themselves using more Microsoft apps and services on their mobile device. That’s good for Microsoft, but also good for consumers. If Microsoft’s mobile apps gain popularity on Android and iOS, Google and Apple will be forced to innovate even more to simply retain market share on their own platforms.

While Microsoft’s foothold in the smartphone segment isn’t what it was 10 years ago, the company’s new approach has the potential to tip the scales back to its advantage over the next decade.

Do you think Microsoft’s new smartphone strategy will pay off in the long run?