Both the blue and white Microsoft Lumia 950 XL look charming in a duo of newly emerged renders, as does the white Lumia 950.

Not sure who’s winning, but Google and Microsoft seem to be engaged in a bizarre war of mobile flagship pre-announcement bean-spilling. The two tech giants have directly or indirectly let essentially everything about the Nexus 6P, 5X, Lumia 950 and 950 XL slip recently, even though the former two will break cover tomorrow, September 29, while the latter pair is set for an October 6 formal presentation.

Following a series of specification-centric rumors that only touched on design in passing, it’s once again time we discuss the external appearance of Redmond’s first homebrewed high-end phones in detail.

Compared to the 5.7-inch Samsung Galaxy S6 Edge+, the Windows 10 phablet is therefore 2.5mm shorter, 2.6 wider, and… significantly thicker. Needless to highlight the 9.9mm mark is measured with the camera bulge in the equation, a necessary style compromise for the 950 XL to provide unrivaled PureView photography prowess. 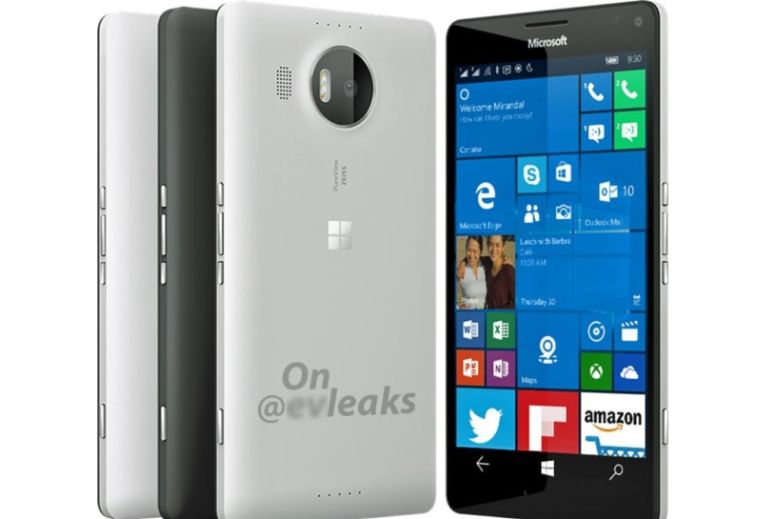 The CAD render also allows us to take an (approximate) look at the premium jumbo-sized handheld from every angle in a short video put together by @OnLeaks, while rival leaker @evleaks supplies us with a view of a white-painted Lumia 950 XL that should be commercially replicated to the letter. 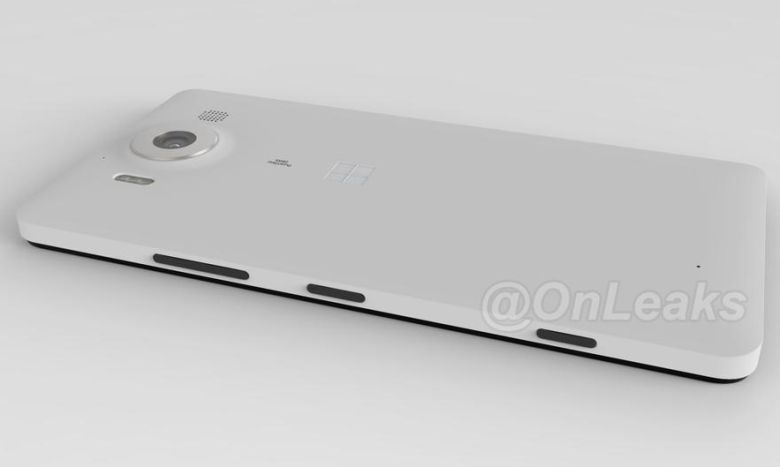 The final, polished design looks quite elegant, despite the polycarbonate body Android enthusiasts may call cheap, and we don’t expect major aesthetic differences between this and the smaller ivory Lumia 950, rendered on the computer by Steve Hemmerstoffer, aka @OnLeaks.