Microsoft could be involved in Wileyfox Pro, a Windows 10 Mobile phone

It has a Snapdragon 210 with 2GB of RAM, a 5-inch HD display and an 8-megapixel main camera. Also, it runs Windows 10 Mobile.

According to CCS Insight analyst Ben Wood, this is the Lumia 520-uh, the Wileyfox Pro with Windows 10 Mobile. Photos included with a Twitter post made at IFA 2017 show off more specs like a 2,100mAh battery, a 2-megapixel selfie camera, LTE Cat. 4 speeds and “all Microsoft Services […] ready to go.”

Very surprised to see @Wileyfox offering a €249 Windows 10 smartphone. Apparently @Microsoft approached them to do it. pic.twitter.com/aaq7qH1IGW

On the same thread, one Daniel Myatt points out that the design language is very similar to other Windows 10 phones from lesser manufacturers.

It’s a rebranded Archos 50 Cesium, also known as the Bush Eluma B2. Sold for half this price in the UK 18 months ago.

The Archos 50 Cesium debuted at CES 2016 and had even lighter specs than this phone, but apparently, it doesn’t take much to “double” the price. 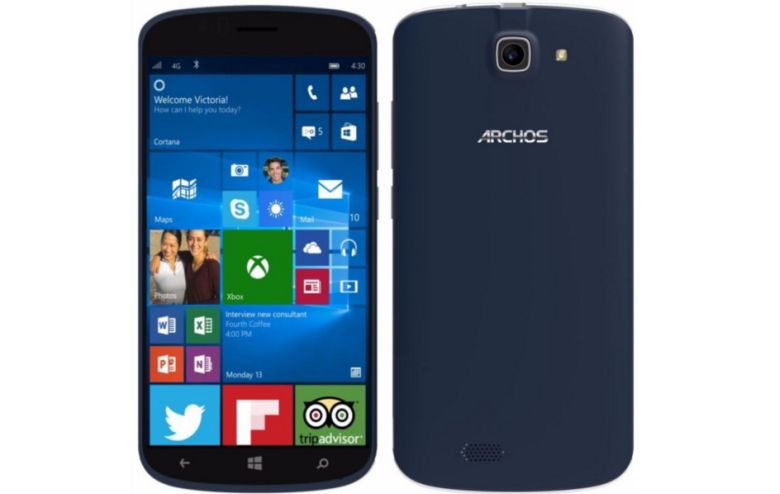 The most interesting part of it all? Wood claims for this device that Microsoft came into partnership with the UK-based manufacturer that usually focuses on Android and used to play with Cyanogen. Why now of all times to keep a sidecar development, separated from anything else Windows 10-related, alive?

That’s a thought to unpack with Microsoft, but as of yet, Wileyfox has yet to publicize the €249 device.