Why Android fails to deliver a Microsoft Continuum experience

Microsoft Continuum promises to make your phone your desktop computer and home entertainment system – all in one. But why didn’t Android pull it off first?
Published 06 May 2015, 18:28 EDTUpdated 07 May 2015, 19:36 EDT

What is Microsoft Continuum? Just in case you haven’t heard of it before, Continuum is Microsoft’s solution to let you use your smartphone as a desktop computer – wirelessly. There are times when a phone just doesn’t cut it. It’s too small or too limited, and the task simply requires that you pull out your tablet or laptop, or sit down at your desktop PC.

I write all my articles on a computer running Microsoft Windows. I use a wireless keyboard and mouse (both ergonomic, because that’s how I roll) and a 27-inch monitor. This set up lets me have plenty of room to see what I’m writing, and clack away on a keyboard that is quick, responsive, and has great tactile feedback. The dedicated mouse lets me precisely place my cursor, and copy/paste much quicker than I can with my fingers on a touch screen. Put another way, I can write much faster and significantly more comfortably with this setup than I can with a phone or tablet. 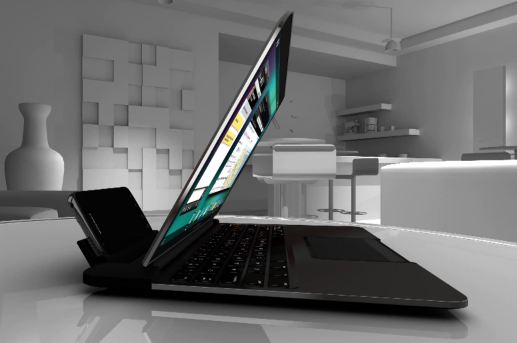 From a purely technological standpoint, my phone is perfectly capable of powering a bigger screen. It can connect to a keyboard and mouse via Bluetooth. I should be able to use my phone instead of my computer. It’s been tried before. Motorola had a phone or two that let users dock their phone to their keyboard, mouse, and monitor. That was a great idea, though it was implemented in a manner that rendered it unusable for the masses. The Ubuntu Phone promised to solve this, since Ubuntu is designed for PCs, it was supposed to scale perfectly for use as a desktop computer. Apparently that didn’t take off either.

That leaves us with Microsoft Continuum.

It’s my opinion that Continuum is the realization of Microsoft’s ultimate goal: a single codebase for apps that runs on phones, tablets, computers, and even gaming consoles. Thanks to the magic of technology, your phone will be able to pair with keyboards, mice, and monitors – wirelessly!

Dual screening sounds funky, and it is, but once you’ve used it, it’s awesome. Here, you’ll have a screen that you’re using on your monitor (or TV), and the one on your phone. You can literally be working on a spreadsheet on the big screen while you’re answering a call, or replying to a text on your phone. Or, you could be making a call on your phone while your kids are watching videos that are being sent from your phone to your TV. Yeah, that’s pretty fracking cool!

A whole bunch of Android devices already use Qualcomm processors, and (unless I’m mistaken) they’ve been capable of driving multiple displays since, what, the Snapdragon S4 days? Google started building Android to handle various layouts with Android 3.0 Honeycomb (I think I just threw up a little in my mouth). So, why can’t Android do it?

Put simply, Android could do it. Unfortunately, app support just isn’t there, and dual-screening isn’t something that’s been taken advantage of (not that I’m aware of). Look at apps that run on phones, and then look at those same apps on a tablet. Yuck. Developers simply haven’t built their apps to work on both platforms – let alone desktop-sized monitors. That’s the true failing.

Microsoft, on the other hand, has been slowly building this capability into its operating systems (plural) for several years. Changes that I’ve frequently called frustrating, my abandonment of Windows 8, and my criticism of Windows Phone have all been leading us up to this: a truly unified experience where your phone can be your computer.

The Continuum experience that Microsoft showed off in the Build 2015 keynote address was a simulation, but if Microsoft can pull it off, it’s not only back in the game, but will have just taken a HUGE leap ahead of the competition. In the meantime, Android developers, it’s time to shift into high-gear and play catch-up!