Microsoft has a first-party app problem too

Windows Phone and now Windows 10 Mobile are believed to be failing because of the lack of 3rd party apps, but they have a 1st party app problem too.
Published 18 May 2016, 09:52 EDT

Microsoft’s lack of success regarding Windows Phone and now Windows 10 Mobile is widely regarded as being due to a lack of 3rd party developers creating apps for the platform. The head of Snapchat vehemently refuses to develop software for any of Microsoft’s platforms and actively disables any APIs that other developers try to use to make Snapchat compatible apps. Google does the same thing.  MetroVoice on Windows Phone was probably the most feature-rich Google Voice app on any platform. It even supported hands-free voice commands for phone calls and texting which is still not possible on other platforms. Microsoft made a pretty awesome YouTube app as well, but of course Google wouldn’t allow it.  So it seems a lot of app developers creating software for Android and iOS simply refuse to support Microsoft’s platform (and actively block others from doing so) out of spite. That’s one type of app problem.

On Windows Phone, not having the latest fad in iOS apps wasn’t really a big deal to many Windows Phone users since we had so many other exclusive apps and integrated features being built by the likes of Nokia, Microsoft, and other independent Windows Phone fans. Nokia’s MixRadio, Refocus, City Lens, Here Drive, Here Transit, etc. were, in many cases, way beyond the popular apps on other platforms at the time. To this day, 6Tag is much better than the native Instagram apps on other platforms too. Integrated music searching, QR code reading, and social networking were pretty great too. 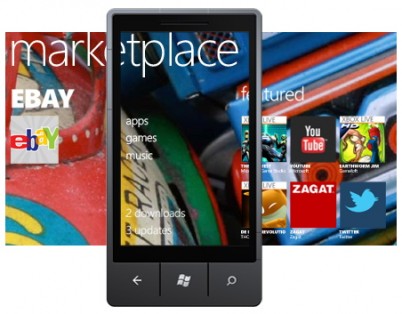 With Windows 10 Mobile, all of the highly-integrated, beautifully-designed apps, hubs, and design language has been pretty much thrown away. The idea is now that Windows Mobile needs to be part of Microsoft’s Universal App platform where apps will work on Windows desktops, tablets, phones, televisions, and augmented reality headsets with minor user interface modifications.  No longer is Windows Phone completely different from everything else in Microsoft’s ecosystem. That should be a good thing going forward.

The problem is, Microsoft’s own developers aren’t really embracing this idea… at least not consistently.

What happened to our features?

If you don’t own a Windows 10 Mobile, check out our review for all the details. If you do own a Windows 10 Mobile device, or better yet, if you’re part of the Insider Program, you’ve probably seen a huge amount of inconsistencies, design problems, and feature removals by Microsoft’s own developers and the built-in apps.

Windows 10 Mobile no longer supports glance screen apps like MSN weather, which was awesome on Windows Phone 8.1. Or maybe MSN weather no longer supports glance screen apps. Either way, that’s a fail on Microsoft’s part.  The task management built into Outlook on PC, Outlook.com, Office 365 Business, and Microsoft Exchange Server is no longer available in Windows 10 Mobile. That’s another huge problem since task reminders no longer appear on the phone.  Incidentally, Apple’s iOS actually has better support for Exchange/Office 365 ActiveSync since it includes task and notes sync in addition to mail, contacts, and calendar sync. Come on, Microsoft, you’ve got the best email server software around with Exchange, why can’t you make the best mobile client to go with it? I mean, no smartphone PIM Exchange client can even access public folders and you’ve been doing this for decades.

There are plenty of examples of lost functionality in the latest UWP apps from Microsoft. The photos app doesn’t link with 3rd party cloud-based galleries like Flickr, Facebook, & Twitter anymore. The People app can’t show social updates for groups anymore. The Mail app doesn’t sync its settings with your Microsoft Account anymore (which means you have to re-add all of your accounts every time you log into a new PC.)  The Mail app still doesn’t support draft folder syncing on Exchange or even reply-status syncing on IMAP servers.

User-experience-wise, Microsoft’s mobile efforts are a mess too.  The Xbox app on Windows 10 Mobile has a terrible UI with difficult-to-understand mystery meat buttons at the top of the screen where you can’t reach them. It’s also got that much-hated hamburger button that appears occasionally and inconsistently throughout Windows 10 and Windows 10 Mobile. Most UI designers are moving away from the hamburger button because it’s been proven so bad for the user experience, yet Microsoft has just started to use it.

What about those live tiles, too? Microsoft can’t seem to get those consistent. Some Microsoft-owned brands have transparent tiles, some have ugly solid-color tiles, some animate with useful information like they should while others just sit there doing nothing.

In the old days of Mac OS and Windows 9x operating systems, both Apple and Microsoft had a set of design guidelines to follow in order to make for a consistent user experience between applications.  It is pretty awesome when you install a new program and its user interface is totally consistent with everything else on your computer.  Microsoft had a pretty good start at doing something great in that regard with Windows Phone 7’s new user interface design, but with Windows 10 Mobile, those smart, intuitive, gorgeous “Metro” design guidelines are all but gone. Instead we’re looking at an Android-like mess of frustrating usability problems due to an increased flexibility in development options. Microsoft’s own apps don’t even use the system themes anymore. Back in the 90’s, I could go to the control panel and change the colors, font sizes, etc. for the system theme and it would apply to all of the installed programs (except for wacky things like Softimage or Lightwave).  With Windows 10, some UWP apps will pick up the dark/light theme from the system settings while some won’t. Some will pick up the accent color correctly, while some won’t.  And worst of all, Microsoft Office ignores the user’s theme settings and requires its own completely separate theme options. (Somehow Access 2016 missed the memo about supporting the Office black theme, though). The UWP version of Microsoft Office ignores the theme settings from BOTH Windows and Desktop Office.

Okay, yes, Microsoft does have design guidelines for Windows 10, but they’re kind of terrible. They actually allow navigation buttons at the top of the phone screen, which as we all know, is one of the worst things you can do for one-handed smartphone usability. Even Microsoft’s Command Bar guidelines are very vague, which is why we see so much inconsistency in their usage in Windows 10 Mobile apps made by Microsoft.

Feed your own children first

Another kind of embarrassing aspect of Microsoft’s first-party app problem is that there are so many divisions within Microsoft that are developing apps for the competition instead of for their own company’s platforms. 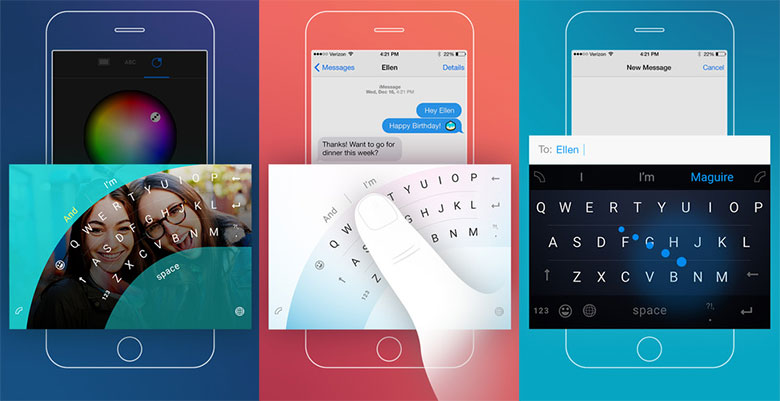 One recent example of this is the fact that Microsoft is releasing a SharePoint Mobile app for Apple’s iOS this month, while the Windows version won’t be available until the end of the year.  Another example is the awesome one-hand friendly “Word Flow” software keyboard Microsoft made for the iPhone. I wish I could use that on Windows 10 Mobile or even a Windows 10 tablet. That would make text input so much easier, but no, Microsoft made it to improve Apple’s ecosystem instead. Another super innovative app from Microsoft is called “Send” and it kind of re-formats the email protocol into something more like instant messaging. It’s a really cool idea, but you’ll need an iPhone or Android device in order to try it.

Sure, Windows Mobile has a very small market share these days so as a software company you’d want to develop products for where the users are, but Mac OS X has a very small market share too.  Do you think Apple would ever develop a product that connects to one of its services without also developing that for Mac OS X first?  Would Apple release the next version of Final Cut Pro or even iTunes as a Windows only program? Absolutely not!

Yes, there’s an app gap with the Windows Mobile platform and lack of things like Google Docs or Snapchat or whatever the latest iOS app fad is… but the real problem, and it’s a problem that should be much easier to fix, is the fact that Microsoft as a company isn’t working together to get all of their cloud services, server software, and applications integrated with their mobile, desktop, Xbox, and holographic operating systems as well as they should be.

Please get your ducks in a row soon, Microsoft.

We could have the first look at the display of the 5.4-inch iPhone 12 variant thanks to Slashleaks

New patents could give us a better idea of what Apple wants to do with the new Apple Glasses, and how they would work with AR

On this week’s episode of our Pocketnow Weekly Podcast, we had the pleasure of sitting down with Hassan Anjum Samsung’s Director of Product Marketing on the “New Computing” division.
YouTube 1.8M
Facebook 570K
Twitter 197K
Instagram 133K
RSS