There’s a new pen-wielding smartphone coming soon to US prepaid operator MetroPCS, but its intentions are not to give Samsung’s Galaxy Note 8 a run for its money. In case it looks familiar, the impending LG Stylo 4 seems little more than a rebranded Q Stylus, apparently packing a modest 2GB RAM and housing 32 gigs of data internally.

Curiously, those two unimpressive numbers are to be paired with an unnamed 1.8GHz octa-core Qualcomm Snapdragon processor, which is actually the higher-end option of the recently unveiled LG Q Stylus family.

It’s worth remembering that we saw both a Stylo 3 and Stylo 3 Plus released on different US networks last year, the former of which currently costs $130 at Boost Mobile, while the latter is sold for $149 by MetroPCS. 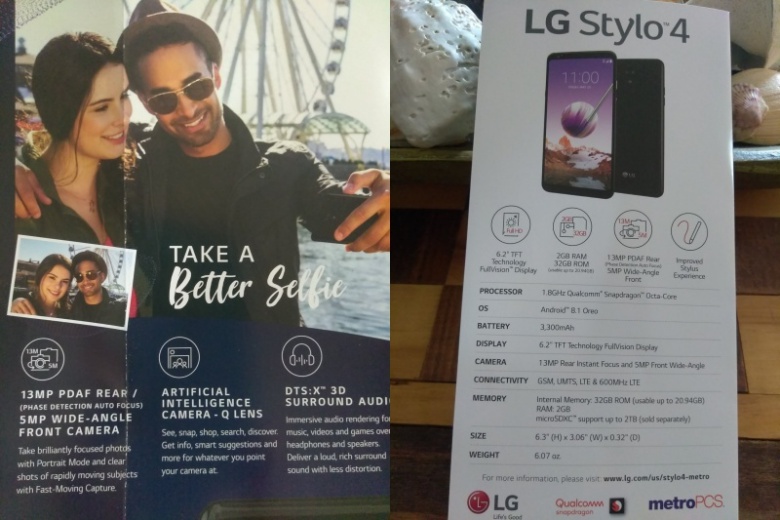 This particular LG Stylo 4 variant is expected to go on sale next Monday, June 18, at an unspecified price, with a 6.2-inch “FullVision” display in tow that we hope will follow the Q Stylus’s suit in sporting FHD+ resolution (2160 x 1080 pixels).