The debate over build quality, design, and materials in the smartphone realm will never end. The matter is largely, if not entirely, subjective and typically boils down to preference and personal experiences.

No one material is wholly better than another. Plastic bends, scratches, cracks, and it often feels incredibly cheap. Metal typically feels nicer and gives phones some much-needed heft, but scratches and dings even worse than plastic. Unlike easily replaceable plastic battery doors, metal usually is not easily or affordably replaced. And glass is also weighty, but it shatters, scratches, and cracks, too.

No material used in the construction of smartphones is infallible. Period.

Even the newfangled sapphire screens, which can only be scratched by another piece of sapphire or diamond, are creating an entirely new debate. What good is being almost completely scratch-proof if the brittle nature of sapphire increases the odds of shattering?

No less, the futile debate wages on, and Samsung often resides at the center of it all with its so-called “cheap, lightweight plastics.” For years now, Samsung has been making dozens of smartphones every year. And each year, reviews of its products’ hardware reads the same; reviewers, including yours truly, constantly use words like “insubstantial” or “cheap” when describing the in-hand feel. 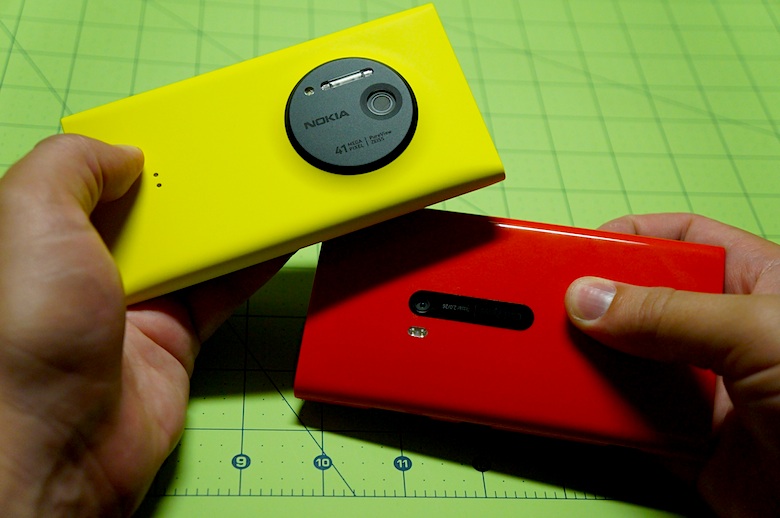 Last month, I explained that not all plastic is the same. Manufacturers (Samsung included) like to use the term polycarbonate to differentiate their smartphones from plain ol’ plastic smartphones. Truth be told, though, polycarbonate is just a type of plastic, as aluminum or steel are simply types of metal. 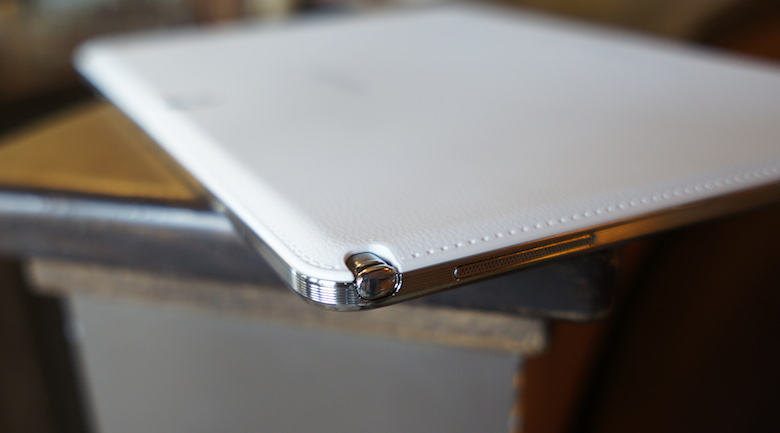 Much of the flak Samsung has received isn’t solely for its use of plastics, but the types of polycarbonate it uses and how it uses said polycarbonate. For instnance, fanatics have been clamoring over the idea of a metal-clad Samsung smartphone. But for the last three years, all Samsung has done is tease with materials which only mimic nicer materials – fake leather battery doors and chrome plastic trim around the edges of phones. All the while, it has been reducing weight in an attempt at ultra-portability. Last year’s Galaxy S4, for example, weighed only 130g while most competing smartphones weighed between 140 and 170g.

Not long before the Galaxy S4 was released, Samsung Executive VP Y. H. Lee went on record with CNN, expressing why Samsung loves plastic, citing things like resilience, and ease of manufacturing. But public opinion has never seemed to agree with Samsung’s explanation.

Following the monstrosity Samsung calls hyperglaze found on the Galaxy S III and Galaxy S4, word of a metal smartphone from Samsung picked up dramatically, even suggesting the Galaxy Note 3 would come with a new design and possibly a metal frame. Of course, that didn’t happen. And instead, Samsung introduced the Note design language we know today – leather-like plastic with faux stitching around the back and lined, chrome plastic trim, as if to resemble pages in a notebook. 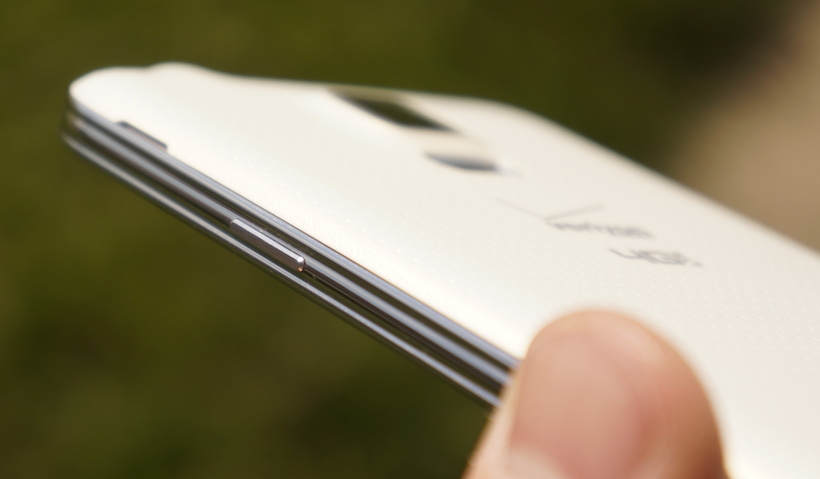 And despite countless rumors telling us the Galaxy S5 would be – you guessed it – metal, it was just another style of polycarbonate, another example of how tone-deaf Samsung’s design department is.

Still, the rumors weren’t entirely false. Samsung has been working on a metal phone all along, it just so happened to be something other than a Galaxy S. It’s part of a new family altogether – the Galaxy Alpha.

Last week, Samsung announced the Galaxy Alpha in all its metal-lined glory. And after all this time and all the rumors, Samsung still managed to get its so-called “metal phone” all wrong. It isn’t the ultra-premium handset everyone has been begging for. It isn’t the metal Samsung smartphone we had imagined. Instead, it’s like a mashup of the Galaxy S III and Galaxy S4 with sharper corners and a smidgen of metal around the edges.

It’s like Samsung designers looked for the cheapest, most efficient way to get rid of overstock of old, unused parts and appease consumer demands in one fell swoop, while also keeping it as unspectacular as possible. Aside from the odd looking inflated corners, it looks hardly any different from existing Samsung smartphones already out there. 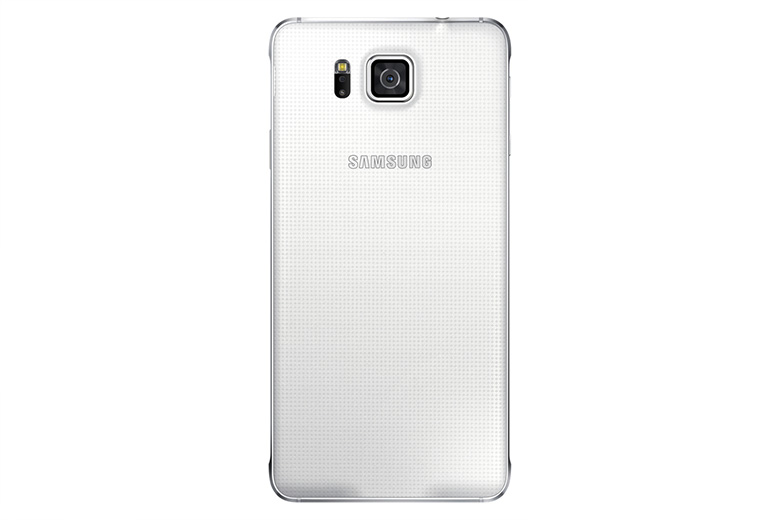 The Galaxy Alpha is a testament to that, just like with polycarbonates, not all metals are equal. Just because you throw some metal on a played-out smartphone design doesn’t automagically make it better. The Alpha’s design is still uninspired and boring, it’s powered by the Exynos Octa which has been problematic in the past, and it’s still more cheap plastic than metal. 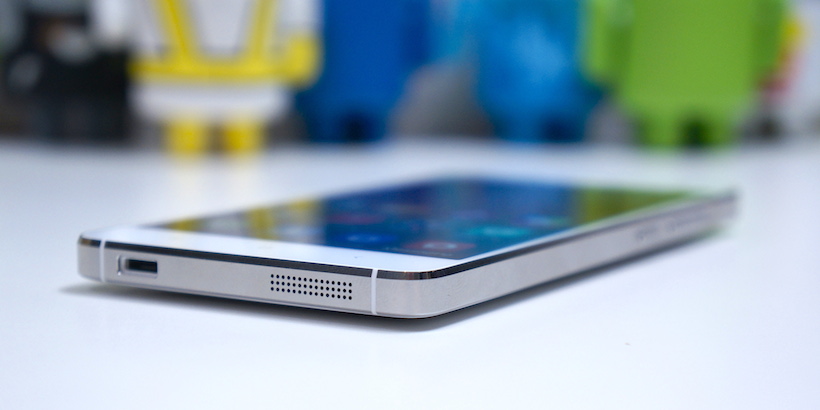 I just finished reviewing the Xiaomi Mi4, which has a very similar construction as the Alpha. It has a precision-machined steel frame that stretches all the way through the phone and forms the steel trim around the edges. And the backside is a slick, glossy plastic. But Xiaomi has already announced that the back plate is swappable and can be replaced with various different styles and colors. It looks and feels like an expensive smartphone – both in pictures and in person.

But if history tells us anything, this Galaxy Alpha is a different story entirely. With Samsung’s profits shrinking, it isn’t about to change its cost-cutting ways, and the Galaxy Alpha isn’t going to be some wild exception to the rule. Samsung is still the same Samsung it’s always been, even if it found some scrap metal to throw on a phone as a technicality.

Of course, I want to reserve my final opinion on the Galaxy Alpha until I get my hands on it, but from the looks and sound of it, it’s just another yawn-inducing piece of Samsung hardware – except this time, it technically has metal on it.

While I’ve expressed my penchant for metal phones in the past, it’s not the metal that has drawn me. It’s the exceptional design, build quality, and a company’s capacity to be different, to think for itself and make things interesting. A prime exmaple: the LG G3.

In short, Samsung is merely becoming a “me, too” company, and the Galaxy Alpha is evidence of just that.