The map shows off the spectrum holdings the two would have if they combined. But it doesn’t reflect the towers that already exist.
Published 26 September 2017, 21:50 EDT

Sprint and T-Mobile individually doesn’t cover as much ground as AT&T or Verizon do in the United States. There’s plenty of potential when it comes to the spectrum licenses each hold, but a lot of that potential remains to be built. Even with Verizon’s rural network roaming agreements dying out, the carrier still wins the coverage match clearly.

As a merger between the fourth- and third-largest national networks develops in the background, we begin to wonder what a network with six bands of LTE will look like. Fortunately for us, mobile network research firm Mosaik has done the work and has combined all blocks of spectrum the two own and put the results onto a map, obtained by BGR.

A lot of the purple you see comes out of T-Mobile’s 600MHz and 700MHz portfolio while the denser cores are bolstered by Sprint’s 2.5GHz blocks. And even though, GSM and CDMA don’t work together that well, if the two can take a few years to rework existing licenses for LTE service, they’d work well together. The debt structure between the two companies may also work out better in a merger, rumored to be all stock.

One Mosaik executive did hedge on Sprint’s contribution, though, as it may have to give up some of that prized 2.5GHz airspace to satisfy regulators. And besides that fact, it will also take years to get 600MHz up to snuff. 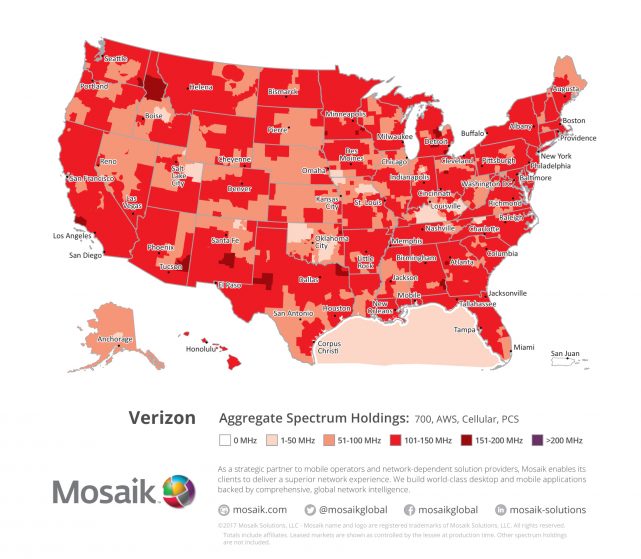 Sales of the iPhone 12 Mini have been lackluster primarily due to the pandemic hitting the core markets it was targeted at.