MEMS and your phone: what is it, what’s there now, and what’s coming?

Find out what the big deal is about MEMS phone parts, and see how they help your handset function.

Trying to keep on top of all that’s happening in smartphones and tablets can mean being exposed to a whole lot of technical jargon. You need to appreciate the difference between A9 and A15 cores, or between HDMI and MHL. Recently, I noticed a term coming up in a couple different stories I was writing, and a quick look back through the Pocketnow archives reveals we’ve never really talked about it in any depth. Now’s as good a time as any, so if you’ve been wondering what all the fuss about MEMS is, settle back and prepare to learn just what’s going on here.

The acronym MEMS stands for microelectromechanical systems, tiny chips that don’t just contain solid state semiconductors, capacitors, and resistors, but microscopic moving parts. The idea’s been around for a long time, but they’ve really taken off in popularity over the past few decades as manufacturing processes caught up with the theoretical stuff.

I can understand if this basic idea of mechanical parts in your phone gives you pause – after all, we’ve learned that moving parts tend to fail far in advance of electronics; what’s more likely to leave you stranded on the side of the road, a flat tire, or the spontaneous failure of you car’s fuel injection controller? But at the sort of microscopic level we’re talking about, the effects of various physical forces don’t necessarily have the same impact they do at larger scales. 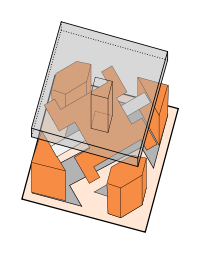 A perfect example to illustrate this is the digital micromirror package used in DLP-based projectors. When in operation, millions of little mirrors act as pixels, selectively reflecting or not reflecting a light source – and in order to do that, they need to physically move. The thing is, there’s no little hinge attached, and instead a tiny support rod twists back and forth – its ends anchored in place – to move the mirror.

You ever bend a paperclip back and forth over and over? It doesn’t take too long at all before the metal fatigues and it just snaps right in two. Even though these micromirrors have little rods that are being twisted back and forth dozens of time a second, they don’t break, because at this scale the effects of fatigue are seriously diminished – practically to the point of being inconsequential. So just because we’re talking about physically moving parts doesn’t mean MEMS components are destined for an early death.

In fact, the phone you’re using now (as well as its predecessors) almost certainly contains MEMS parts that have been buzzing away worry-free for months, if not years. All those accelerometers and gyroscopes you use to play Send Me To Heaven non-phone-destroying games? Boom: MEMS devices that measure the forces on a rapidly vibrating structure, or a little lever arm, to detect changes in motion.

Remember those high dynamic microphones HTC and Nokia got in a little public tiff over earlier this year? You guessed it: more microelectromechanical systems. In fact, mics don’t even need to be so fancy to be MEMS, and you’ll find such components in many phones.

So, our phones are pretty reliant on MEMS parts already, even if you never knew they were there. But I’m not bringing them up now out of any sentimentality; where’s the future headed with MEMS, the very reason I’ve recently found myself writing about the topic?

Well, there was talk of a MEMS-incorporating camera for the Nexus 5. In retrospect, that doesn’t look like it’s going to happen, and the rumor sort of got away from us, but the idea is still neat, and just itching to get used in phones. The trick here is that we replace the normal focal adjustment on a digital camera package with something using MEMS. Normally, the way focus is controlled works akin to how a speaker produces sound, using a coil of wire and electromagnetism. While that’s perfectly functional, MEMS offers the sort of incredibly fast, precise control that’s out of the reach of simpler systems, while also consuming less power.

We also heard about what MEMS could mean for display technology. In an LCD, current causes the liquid crystal to polarize light, and combined with a fixed polarizing filter, can act as a shutter to control the passage of light through a subpixel.

With MEMS, we accomplish much of the same thing by just physically building an actual shutter – a tiny collection of slits that can be open or closed to control the passage of light. Here, benefits include increased brightness. There’s also another kind of MEMS display in the works that uses optical interference – like the way colors form on the wings of an iridescent butterfly.

This is all just scratching the surface, and future uses of MEMS technology in phones will likely surprise us in ways we haven’t yet considered. Just remember: the “mechanical” in MEMS is nothing much to be worried about, and these components are only going to get more impressive as time goes on.