A couple of improved, octa-core mid-ranger chips and a beefy deca-core, tri-cluster improvement are what lie ahead for many smartphones.

Seeing how its Helio P10 chipset has become a recent favorite with smartphone OEMs looking to equip a proper mid-ranger with the right engine, MediaTek is back at it with a second generation of Helio P products, this time numbered as P20 and P25. It also took time to update its X series with the introduction of a high-end Helio X30 SoC. 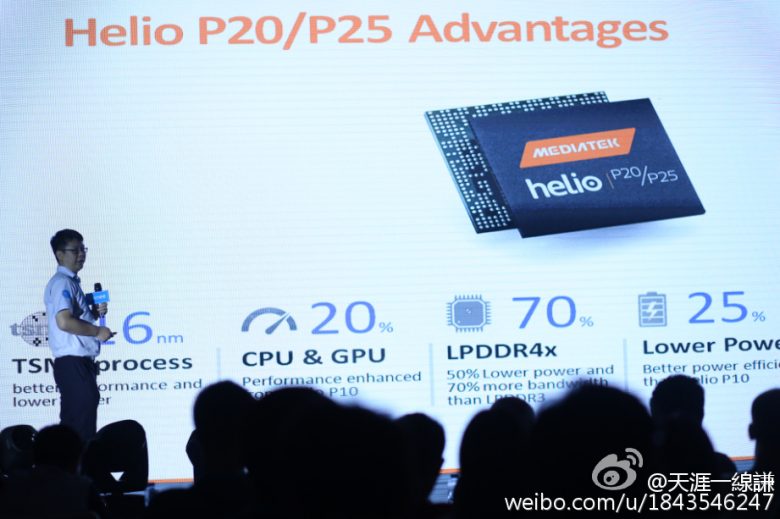 Let’s start off with the P20 and P25. The main advantages to these octa-core powerhouses over their predecessor are mainly in a slightly faster clock rate for the CPU and GPU, a 16nm process from TSMC and support for LPDDR4x RAM, providing for a much faster app-to-app experience. The P25 offers dual-camera support with optical zoom, and enhanced photography processing aspects as well. No hard numbers have been provided.

The Helio X30 takes advantage of TSMC’s 10nm fabrication while keeping its tri-cluster, deca-core architecture. Every cluster is clocked above 2.0GHz, from the four Cortex-A35 cores (2GHz) to the four A53 cores (2.3GHz) to the two new A73 cores (2.8GHz). The X30 can support up to 8GB of RAM (four LPDDR4X bays), 4K video recording and playback at 30fps with its new PowerVR 7XTP-MT4 GPU (850MHz) and LTE speeds within Cat. 10.

It’ll be interesting to see if MediaTek can push further into the US market with these chips as it did into Sprint’s CDMA territory with a Helio P10 in the LG X power.