October 16 is when Huawei will officially unveil the Mate 20 and Mate 20 Pro flagships. The Mate 20 Lite was officially unveiled at IFA as the first of the trio. Until then we’re left with rumors, leaks, and speculation, like the bit we’re looking at today. What you see above is allegedly the front panel of the upcoming Mate 20 Pro (photo above).

It will feature a wider notch than the P20 Pro flagships. That will reportedly allow Huawei to equip the phone with some sort of Face ID competitor for improved facial recognition. In addition to the camera and its supporting sensors and projectors, we can also spot a larger earpiece than on the P20 Pro. This would enable louder, higher quality sound when consuming media, as the earpiece doubles as the secondary stereo speaker. The purported front panel also reveals a curved design and minimal chin.

The source of these photos also claims knowledge of the Mate 20 Pro’s resolution. It looks like Huawei has finally decided to deliver higher resolution displays. We’re allegedly looking at a panel with a 19.5:9 aspect ratio, and a 1440 x 3120 resolution.

As a reminder, the Mate 20 Pro is also the phone which will introduce a weird camera arrangement for its triple-lens system on the back.

The Mate 20 on the other hand (photo below) seems to be a completely different animal. Not only will it have a much smaller notch (probably only housing the webcam), but it will also have a flat design, opposed to the curved edges of the Pro. The chin appears to be even smaller, and the display will have a similar resolution to the P20 Pro, at 1080 x 2240, with an 18.7:9 aspect ratio. 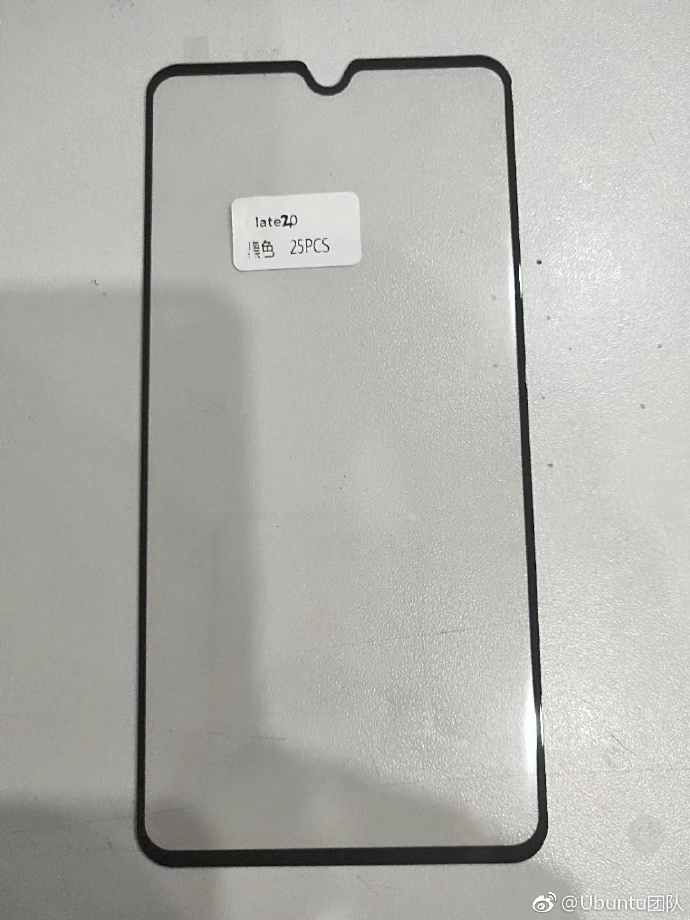