These two pictures of an alleged Huawei Mate 20 Pro dummy are showing off a phone that might end up being one sexy piece of tech.
Published 11 September 2018, 01:00 EDT

We know the upcoming Huawei Mate 20 Pro will allegedly feature a 19.5:9 aspect ratio display with 1440 x 3120 resolution. It is at the same time we found out that the Mate 20 will likely feature a 1080 x 2240 resolution panel with an 18.7:9 aspect ratio. Both devices are expected to launch on October 16 in London, and their leaks are getting more frequent, like these recent front panel pictures.

Matching that alleged Mate 20 Pro front panel report is today’s leak. Pictured above and below is a Mate 20 Pro dummy unit. If it is any indication of things to come, we’re looking at a nearly bezel-free device. Just like the front panel, this Mate 20 Pro dummy features a much wider notch. The design decision could be explained by employing a more sophisticated face recognition system than on previous models. All that tech, plus the front-facing camera and larger earpiece (probably for improved stereo audio) require more space.

Since we’re probably looking at a curved glass on the sides, the left and right bezels seem minimal. It’s the chin that is just a couple of millimeters taller than a true, symmetrical bezel-free phone would require.

Huawei will also allegedly employ the weirdest triple-camera arrangement on the back of the Mate 20 Pro. 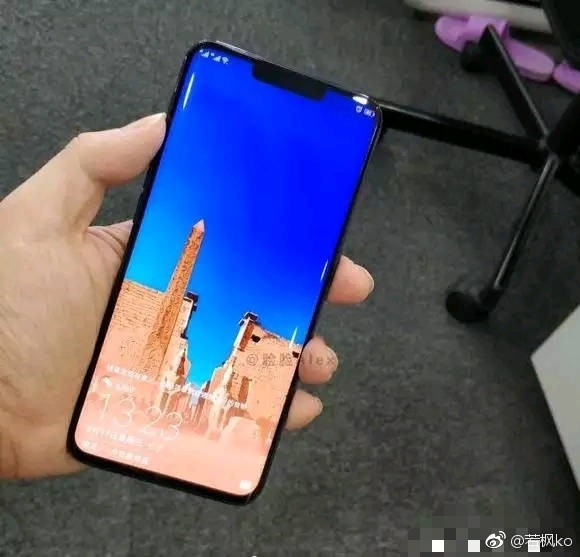 Motorola G60 will reprtedly feature a hole-punch display with a 120Hz refresh rate. Welcome to 2021, Motorola!

A lower entry point, aggressive deals, and wider carrier availability proved to the success mantra for Galaxy S21 series in the US.