Have you ever been curious how your phone is made? We took a trip to Shenzhen China. Manufacturing the R11: Shenzhen Oppo Factory Tour!
Published 17 July 2017, 17:31 EDT

Back in June, I took a trip. This was my first trip to Shenzhen China. The purpose of that trip? Oppo was releasing the R11 smartphone, and invited us to tour the facility where the phone is manufactured.

It was a fascinating display to see the lanes where the phone is assembled, and the processes designed for testing durability and insuring quality.

It’s a humbling experience. Making a phone is not an easy process, and while robots are more involved than ever, there’s still a significant amount of human labor involved. The idea that each and every phone which comes off of an assembly line passed through a dozen human hands before being packed into a box. Then those boxes shipped over an ocean. 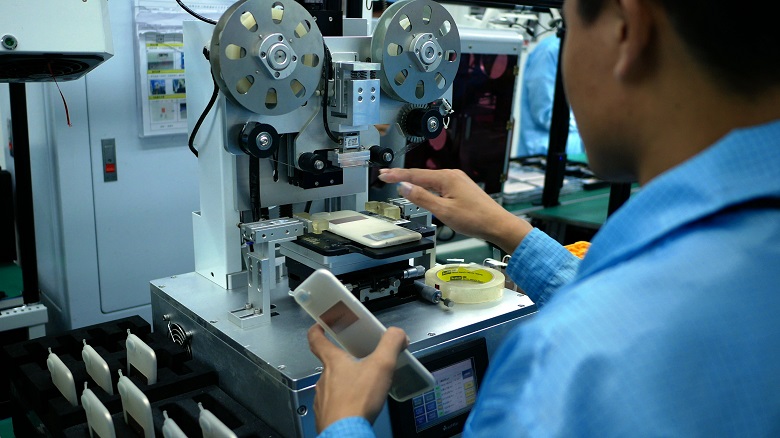 Witnessing this underscores the idea that smartphones are somewhat precious devices. Gadgets which should be cared for, not dismissed casually as disposable products. Imagining this at the scale required to fulfill the current demand for phones is nearly impossible to wrap my brain around.

I hope that this 360° video can deliver some of that feel. Take a second. Look around. This is how your phone is made.

We want to thank Oppo for allowing us this opportunity to take a peek behind the curtain, and you can see our Oppo R11 first impressions here.

I’m not saying it’s the perfect phone, but after a month of use, I seriously think you should give the Samsung Galaxy Z Flip 3 a try.