Preparing for the steampunk apocalypse? You might want to make your own phone. This crowdfunded kit, fully funded, will take you from circuit board to code.
Published 11 October 2018, 07:45 EDT

A Kickstarter project for a do-it-yourself feature phone kit has amassed more than double its cash goal in the first 12 hours of its existence.

Croatian Albert Gajšak, who has also made a similar DIY mobile gaming console kit for the crowdfunding site, is calling the project MAKERphone in the hopes of educating people on electricity as well as programming with Arduino, Python and Scratch.

The kit includes things like a circuit board, RGB LEDs — like the Razer Phone 2, apparently, it glows! — a DAC and volume controller, a SIM recepticle, Wi-Fi, Bluetooth and GSM cellular radios and a low-res color display for 8-bit graphics. An extra tools pack is available and includes a USB-powered soldering iron, solder, pliers, a screwdriver. 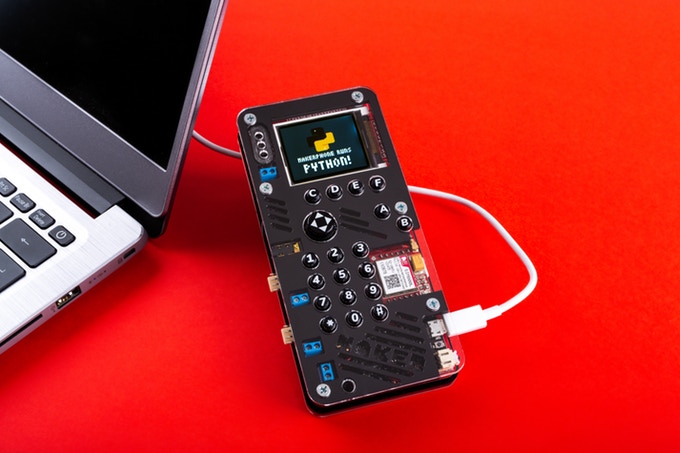 Users are encouraged to customize their firmware however they’d like and create minuscule applets and games — programs made for the prior console project, MAKERbuino, will be compatible here. Programmers can share their open-source work on the CircuitMess world forum.

400 early bird kits were available at the $89 pledge level, though the regular price is just 5 bucks more at $94. Less curious backers can get a fully-assembled version at $99. A materials kit and a tools kit will cost $119 together. Packages of multiples cost more. Those who share the campaign on Facebook, Instragram and/or Twitter will be eligible to win a laser-cut plastic or wooden vanity plate for their MAKERphone.

Check out the latest deals available at Samsung.com, as well as everything that’s coming with the new Discover Samsung sales event