Most importantly, Apple is keeping iOS and macOS separate, though it is trialing an integration of iOS’s UIKit to the macOS AppKit.
Published 04 June 2018, 15:33 EDT

Dark Mode may arguably be the standout feature of the next version of macOS, dubbed “Mojave.”

The new aesthetic applies to docks, windows and menus with the focus zoomed in on moving and still media work. Heck, emails and even XCode looks pretty cool in this mode.

Another subtle change to the look of macOS is Dynamic Desktops, which change the background image for different times of day. Desktop Stacks will sort out the mess of items on the screen with all the contents automatically arranged by date, type, tag or any of several other parameters. 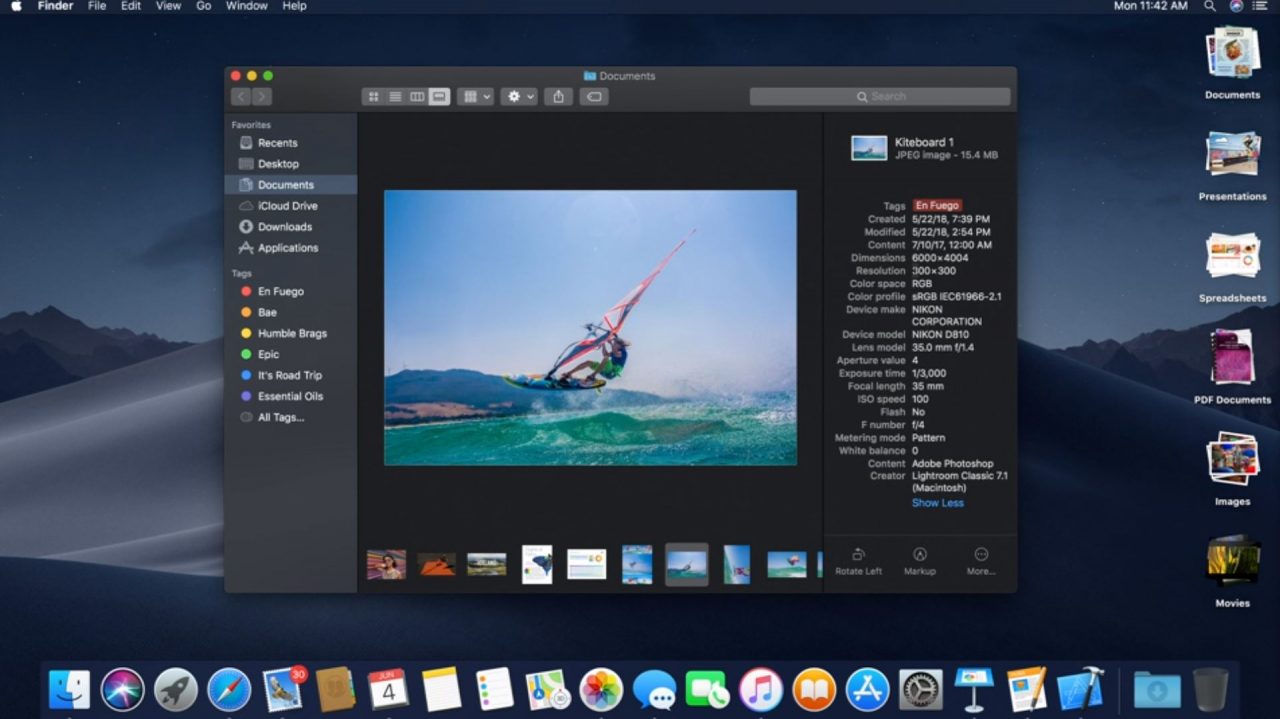 Finder picks up Gallery View with a big preview of text, pictures, presentations and video front and center and a set of thumbnails at the bottom for other pages, photos in the set or a time scrubber. A new “Get Info” sidebar will appear to show any metadata such as EXIF on the right side of the view. New Quick Action buttons appear at the bottom of the sidebar.

Markup has been integrated with Quick Look and Screenshots. Screenshots can also capture video as well that can later be dragged and dropped into presentations and the like. Another drag-and-drop asset source is Continuity Camera: users can take photos and videos or scan documents via iPad/iPhone and immediately insert them into presentations. 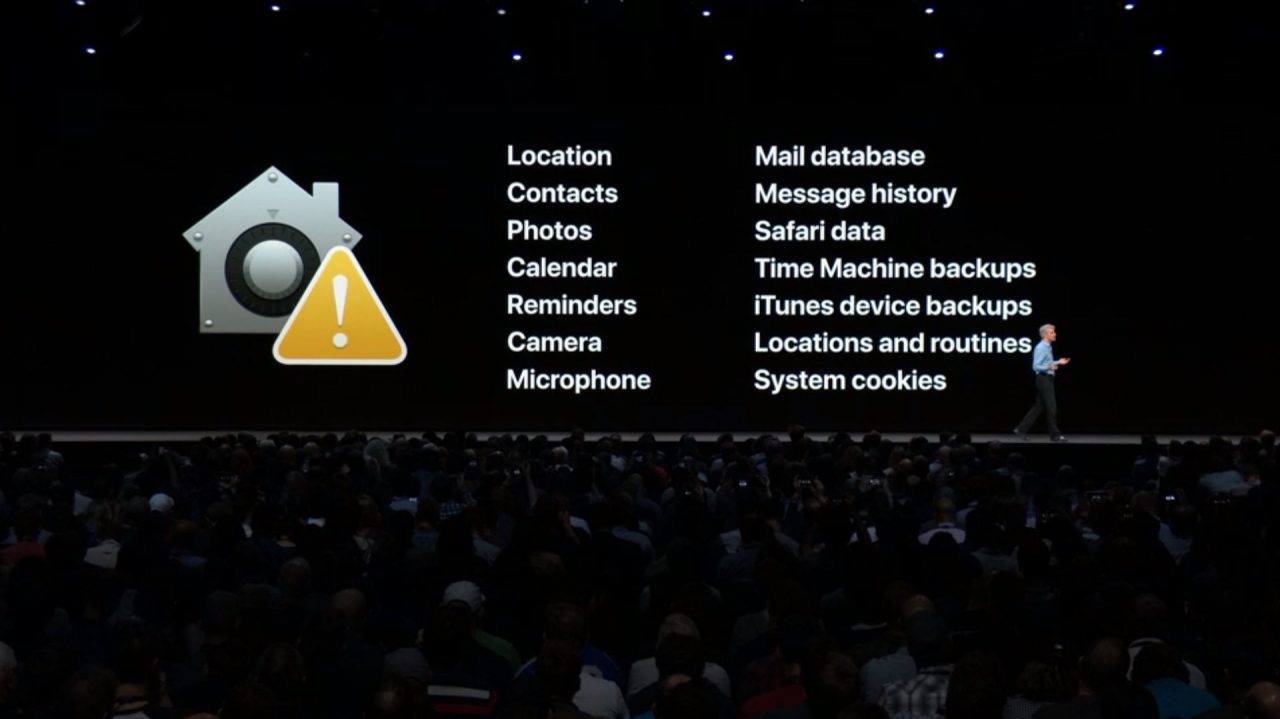 API-level security for every application is also being beefed up, now covering sensitive file sectors as well as the camera and microphone hardware. On the web, Safari will also ask users to allow cookies before activating any on a site — follow-around advertising and comment fields will be deactivated if denied access and there isn’t just an opt-in by default. Legacy plug-ins will be deactivated and system fonts will be used instead of custom ones to reduce any user profile fingerprinting.

The Mac App Store has been revitalized with editorial content about the hottest apps, video previews of individual apps, clearer readings of ratings and reviews and a new API for such feedback. Microsoft Office 365, Adobe Lightroom CC, Panic Transmit, Bare Bones BBEdit will join the Mac App Store soon. 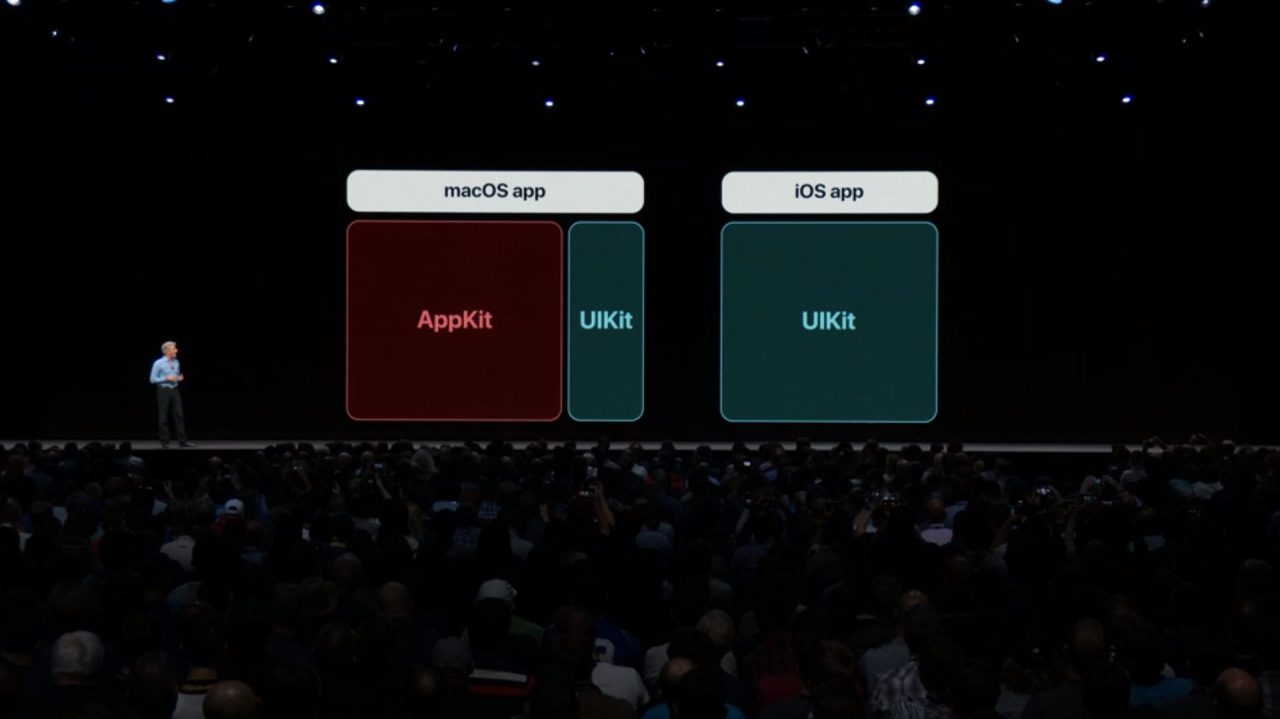 Most importantly, SVP of software engineering Craig Federighi firmly denied that iOS and macOS would ever merge because each have their own power platforms as well as input mediums fit for their purposes from ultra-portability to super-refined editing. Some of those mobile interfaces, though, could be more useful on another platform.

The solution? Integrate iOS’s UIKit to the AppKit set for macOS to allow some iOS-friendly apps onto macOS. Internal testing is ongoing and will last for years, but a preview of the solution will come to most developers in 2019. Voice Memos, Stocks and Apple News have also been brought over to macOS, just as they’ve been brought to iPad. Apple Home is also making the move to the desktop and laptop for smart home functions.