To date, options have been sparse for CDMA users in search of a truly high-end Windows Phone. 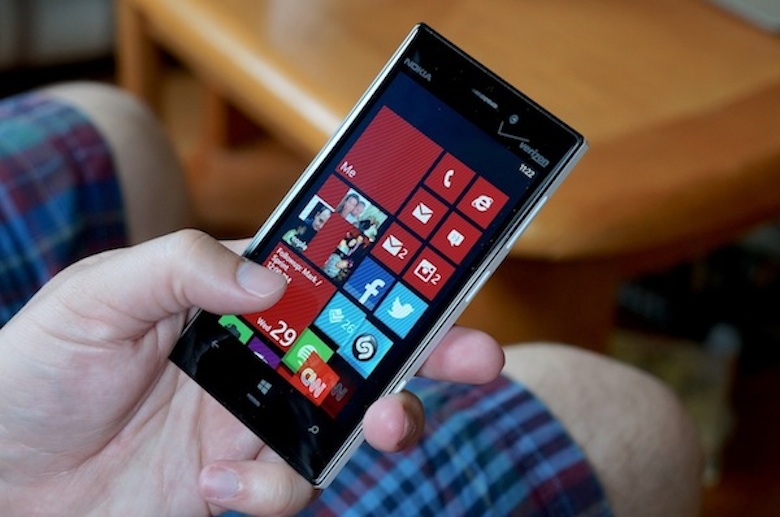 The most high-end Windows Phones Verizon has offered are the Nokia Lumia 928, and the Windows Phone 8X by HTC. Sprint has the HTC 8XT and Samsung ATIV S Neo.

There have been a few other forgettable models offered by the two CDMA carriers here in the States, but CDMA subscribers have not been treated to a truly spectacular, boundary breaking Windows Phone handset … ever.

Nokia and Verizon Wireless want to change that. The two companies came together to produce the Lumia Icon, a rough mixture of a Lumia 1020 and 1520 with a brand new look. How does the Lumia Icon stack up to its Windows Phone brethren and its biggest foes? We’ve spent a total of eight days testing a probing the Lumia Icon. Our full take on the latest Nokia device is below!

Pros · Pricing/Availability · Conclusion · Scored For Me

The hardware on the Lumia Icon is nothing short of spectacular.

Design, as per usual, is a subjective matter. The design of the Icon is utterly minimalistic and simple. It’s all one color – either white or black – and has a matte finish. And beside other Lumia devices, the Icon looks out of place. It features hard edges and sharp corners, not the typical rounded edges food on most Lumia devices to date. It’s very serious, industrial, and to the point.

Some might call it boring, but we’re rather fond of how the phone looks and feels in the hand. The subtleties and attention to detail truly put it over the top. The glass around front tapers near the edges, creating an alluring bubble effect, as if it’s a water bubble about to burst and flow over the edges – not unlike the DROID DNA. The metal trim around the edges is flat and matte finished, and the backside is and ever-so-slightly curved piece of matte polycarbonate.

Stark and industrial are easily the most accurate descriptions of its design, but the only word to describe its build quality is spectacular. The phone is extremely solid and it has a nice amount of heft to it.

You certainly won’t forget it’s in your pocket, but it’s not excessively heavy. Its closer in weight the Galaxy Note 3 than other 5-inch smartphones: 166g. But its footprint is average for the display size. It’s 136.9 mm tall, 70.9mm wide, and 9.9mm thick. With exception to thickness, this is nearly identical in size to the Galaxy S 4.

If you’re impressed by the outside, it’s innards will impress you even more.

The display is one of the most stunning parts of the Icon’s hardware. It’s a 5-inch 1080p ClearBlack AMOLED display, and it offers some incredible side visibility, black levels, contrast, and, of course, supersaturated colors. At 441 pixels per inch, the display is incredibly sharp, it’s balanced, and bright. Outdoor visibility, thanks to what Nokia calls Sunlight Readability Enhancements, is above average.

Plain and simple, the Lumia Icon is one of the best built Windows Phone handsets to date. In fact, we’d venture to say this is the best example of build quality, attention to detail, and specifications you can currently get in a Windows Phone.

We’re very pleased with virtually all aspects of this phone’s hardware.

The software situation is nearly identical to what we’ve seen on previous Nokia-made Windows Phones.

The Lumia Icon is running the latest version of Windows Phone 8, update 3, with the Nokia Lumia Black update, as well. That means all of Nokia’s value-adding features and applications are installed. Well, almost all of them. It ships with: App Folder, Here Drive+, HERE Maps, Nokia Beamer, Camera, Creative Studio, Cinemagraph, MixRadio, and Storyteller. It also comes with a few Verizon applications, such as VZ Navigator and Verizon Tones.

Per usual, all pre-installed applications can be removed.

The unfortunate side of the software story on the Lumia Icon is that one of Nokia’s most-loved feature, Glance, is missing. This means no notifications appear on the display when the phone is in standby, and double-tapping the display in standby will not wake the device up. Nokia says this feature isn’t included due to a hardware restriction, and it isn’t certain if the feature will be made available in the future.

As far as the application situation on Windows Phone, it’s definitely improved over the last year or so, as many more major third-party developers have adopted the platform. But it’s still nowhere near the level of finish, polish, or offering of its biggest two competitors, Windows Phone and iOS.

For the app enthusiast and power user, the application offering may still be a bit light, but the ecosystem and app situation are slowly improving.

If we haven’t made it clear enough already, we love the Nokia Camera app. It pairs some great features – like manual white balance, focus, exposure, and shutter speed controls – with extreme ease of use. You can quickly switch between Auto and Pro modes with a single on-screen button, and expanding all the Pro controls is done by dragging the on-screen shutter button to the left.

And the output of the camera is generally just as satisfying as the user interface is to use. We spent the last eight days snapping pictures of literally everything – not only to test the performance of the image sensing, but mainly because it was just so fun.

When you have a pocket-sized camera that is capable of taking such impressive shots, it’s hard not to whip it out at every presented chance to take a picture.

The Icon’s imaging chops may not be quite as impressive as its next of kin, the Lumia 1020 with its 41-megapixel sensor, but as we learned in the comparison, it’s a very close second. The biggest difference isn’t going to be image quality, but rather the amount to lossless digital zoom (or post reframing) you can do. And if you only ever use the default 5-megapixel images, you may never notice the difference.

The Lumia Icon’s images were very sharp and clear, thanks to oversampling, and the auto white balance and autofocus seemed to be more reliable and accurate than with the 1020 in our testing. Low-light mode performed quite well, capturing a fair amount of detail in near pitch black, though noise levels were quite high using the automatic settings.

Although it wasn’t always perfect, we were rather impressed with the images taken with the Icon much of the time. The one feature Nokia’s Camera app still lacks is an automatic HDR mode instead of exposure bracketing, which requires superimposing three images in post processing.

Video quality with the Lumia Icon was also rather impressive. Colors were notably more saturated in video capture, and it appeared slightly warmer. The optical image stabilization helped in reducing jittery footage, but it did case some warping to occur when walking or being extra shaky.

The audio quality is one of the most impressive aspects of the Lumia Icon. In fact, we recorded 100 percent of the audio for our video review entirely with the Lumia Icon. Unfortunately, a bug in Final Cut Pro X caused the audio to clip excessively. The raw audio was far more impressive, as you can see in the untouched clip above. 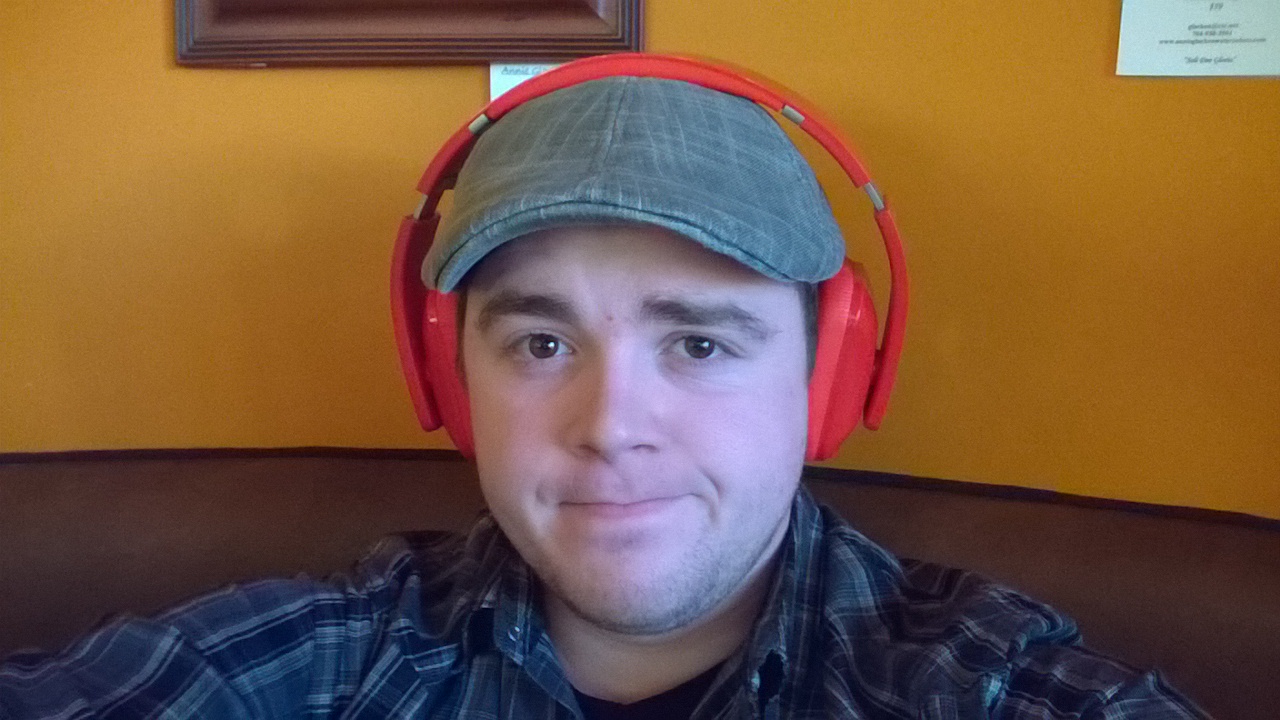 The front-facing camera isn’t anything terribly impressive, but it does its job just fine – blurry selfies and low-res video calls. At least you’ll sound great during those calls, if nothing else.

The Snapdragon 800 SoC, as we’ve seen countless times now, is an impressive piece of kit. Pair that with the already-smooth performance of Windows Phone, and its polish is only multiplied.

Truthfully, most users will never see the benefits of running the Snapdragon 800 over, say a Snapdragon S4, in day to day performance. In our comparison with the Lumia 1020, we found the Icon and 1020 to be comparable in performance. The Icon edged out the 1020 through things like synthetic benchmarks and gaming, as the Adreno 330 GPU brings some much improved gaming capabilities. Unfortunately, without a ton of games to take advantage of such a powerful CPU and GPU combination, the effects of the Icon’s internals are somewhat muted.

Take note, though, that these internals will be very helpful for the future-proofing of Windows Phone and any future games that may come to the OS.

Verizon’s data speeds and coverage here in the Charlotte metro area have been superb. In our testing, we’ve averaged 18.26Mbps down and 10.46Mbps up. The absolute slowest uplink speed we’ve encountered in testing was 7.43Mbps, and the fastest was 12.08. The fastest downlink was 22.56Mbps and the slowest was still impressive at 13.19Mbps.

Call quality was also great. The four-microphone array made voice quality on our end super clear, cutting out a significant amount of background noise. The earpiece speaker could be a tad louder, but we generally had no trouble hearing callers, and everyone said we sounded great and rather clear.

On the topic of speaker quality, though, the rear speaker could definitely use some more oomph. The opening around back is quite small, and the output itself is very tinny with little low-end. It should suffice for watching videos and other multimedia, but we’d suggest plugging in some headphones for a better music listening experience.

Battery life on the Lumia Icon has been stellar. We’ve been putting it through some abuse over the last week, doing heavy testing throughout our comparisons, and snapping roughly 80 or more photos each day, syncing three Gmail accounts, two Twitter accounts, two Instagram accounts, and several feeds. We’ve benchmarked, web browsed, and gamed, and we have yet to kill the Lumia Icon in a single day. We won’t say it isn’t possible, but on a standard day, you shouldn’t need to plug the Lumia Icon in to make it through a full day of usage, though you may want to top off before going out to a late dinner or other festivities in the late afternoon.

The Lumia Icon launched on Verizon Wireless here in the States on February 20 for $199.99 with a two-year agreement. You can also get the Lumia Icon on the Edge program for $23.06 per month for 24 months. Sans contract, the Lumia Icon will set you back $549.99.

If we’re to be completely honest, the Lumia Icon is easily one of the most solid experiences we’ve ever had with a smartphone. Battery life, performance, camera, call quality, data speeds, and nearly everything in-between are consistent, reliable, and above par.

Not everyone will be on board with the understated, minimal, and boxy design. But it’s impossible to overlook the sheer quality in the handset. It’s undeniably premium, and that’s immediately clear when you pick the device up for the first time.

The biggest disappointment remains to be the Windows Phone ecosystem. It’s gradually improving, but at a snail’s pace, compared to the growth of Android’s and iOS’s digital content offerings – apps, games, movies, music, books, etc.

If you can deal with the growing pains of the Windows Phone ecosystem, the Lumia Icon is a serious competitor to some of the best handsets on the market today. Its image sensing capabilities are truly inspiring, and performance is impeccable.

If you’re a CDMA user and you’ve been holding out for a serious Windows Phone handset, this is the phone you’ve been waiting for. 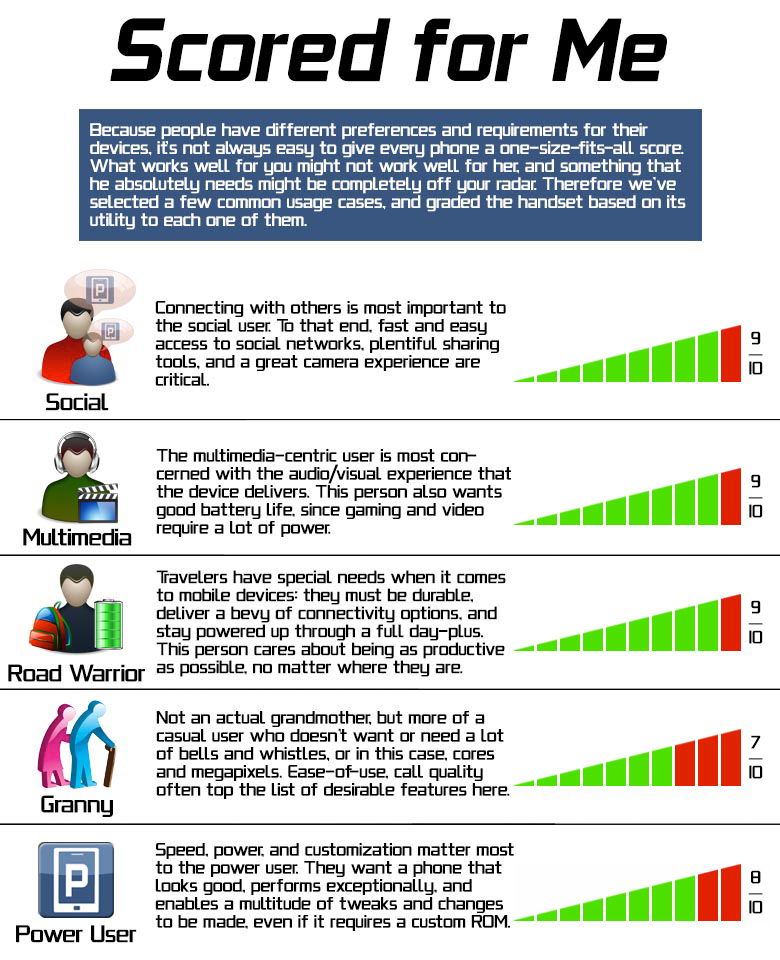