The Nokia Lumia 920 is the pinnacle of Windows Phone camera performance. So why doesn’t it have features the older Galaxy S III and HTC One X do? Read on for the top missing features from this PureView device.

Windows Phone might not offer the sprawling landscape of device choices that Android does, but when Microsoft rebooted the platform with version 8 a few weeks ago, it did so on the back of some very prominent hardware. Samsung’s ATIV S offering, unveiled at IFA 2012 in Berlin but since delayed, looks to bring the powerhouse specs of the Galaxy S line -and presumably some of Samsung’s massive marketing effort- to Microsoft’s platform. The Windows Phone 8X‘s bright colors, Beats audio, and best-in-class front-facing camera are capturing lots of attention for the Taiwanese-based HTC as well. Even China’s Huawei is getting in on the action with its vibrant Ascend W1.

But despite the bulk of Samsung, the clever branding of HTC, and the novelty factor of Huawei, the real star of the Windows Phone show continues to be Microsoft’s now-veteran partner, Nokia. That’s not just because the two are locked in what the cynical might call a “death embrace,” either: while the refocused Nokia is entirely dependent on Microsoft’s platform for its survival, it hasn’t played the part of a leech. Rather, the relationship has been much more symbiotic, with Nokia adding real value to the Windows Phone platform in the form of custom apps, carefully crafted hardware, and enhanced functionality.

One of the most touted differentiators, in the case of the Lumia 920, is its camera. Fitted with an optically-stabilized 8.7MP BSI sensor behind a Carl Zeiss ƒ/2.0 lens, Nokia’s flagship Windows Phone device features the premium –though controversial– “PureView” branding, despite lacking the more advanced optics of the 41-megapixel 808 PureView. The camera module adds thickness and weight to the device in exchange for delivering what’s supposed to be a best-in-class shooting experience on a Windows Phone. 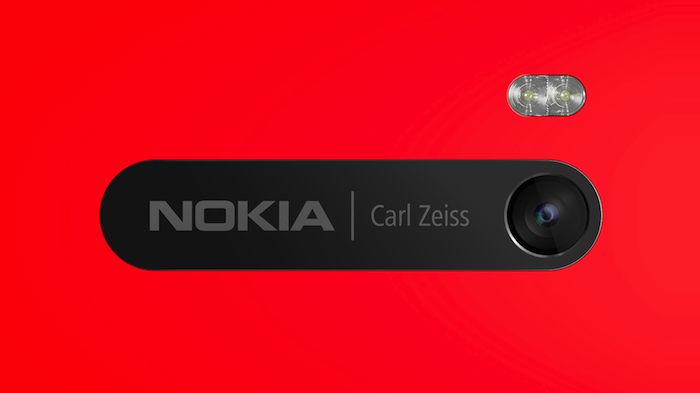 And it delivered. As we mention in our full review of the Lumia 920, the camera is indeed an excellent one, blowing the 8X out of the water in a low-light performance faceoff. It’s safe to say the Lumia 920 features the best camera available on a modern Windows Phone.

The problem is, we don’t live in a world dominated by Windows Phone– far from it. The Lumia 920 has to contend not just with competition on its own platform, but with the excellent shooters on devices like the iPhone 5 and Samsung Galaxy S III/Galaxy Note II. Nokia’s camera brings a lot of heat to that fight on the hardware side; its low-light performance is excellent, and its optical image stabilization is one-of-a-kind. But it’s lacking on the software front in some crucial ways.

Here’s three features Nokia and Microsoft need to add to the Windows Phone experience so the Lumia 920 can truly live up to its “PureView” branding. 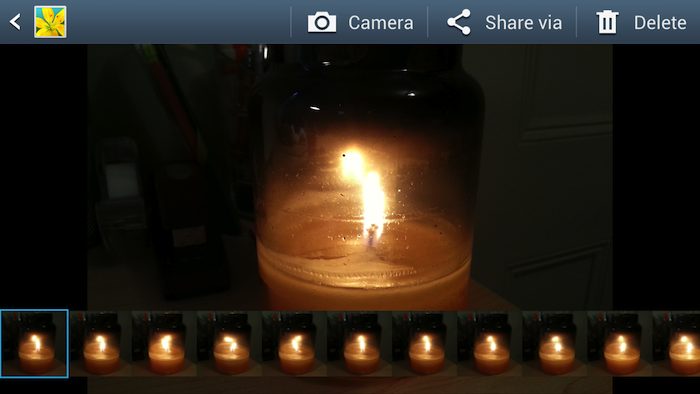 Long a recipient of the snobbish crowd’s derision, “continuous high speed” or “burst shot” is a camera feature allowing multiple photos to be taken in quick succession. On devices like the HTC Droid DNA, that means shooting 4 pictures per second, up to 99 shots in a row. On phones like the Galaxy Note II, it’s a 6 frame-per-second burst up to 20 photos in a row. And on the Lumia 920, it’s impossible.

Some would argue this is a novelty feature of low importance. That’s an assertion I would have agreed with … before I started using the Galaxy S III’s Burst Shot on a regular basis. Maybe it’s lazy, this machine-gun approach to getting the right photo by sheer brute force, but it’s resulted in quite a few excellent group shots that otherwise would have been marred by someone’s blink or goofy mid-sentence face. And that’s without the hassle of opening a specific mode like Samsung’s Best Face or Nokia’s equivalent “lens,” Smart Shoot. Plus, it’s great for action shots in sports games or other fast-paced activities, or time crunches when you really need to capture that ferry boat photo just before it passes in front of the sun.

The good news: Nokia announced back in June that its Camera Extras suite for Windows Phone 7 would be ported to Windows Phone 8, and we’ve already seen some features from that portfolio make their way to the 920, like Panorama and the aforementioned Smart Shoot. So in theory, burst capture should join the Windows Phone 8 feature arsenal soon. Given the state of some third-party apps that purport to furnish the capability, I hope official support comes sooner rather than later: as happens with some Windows Phone 7 titles, the aptly named “Camera Burst” app crashes immediately upon launch on my 920. 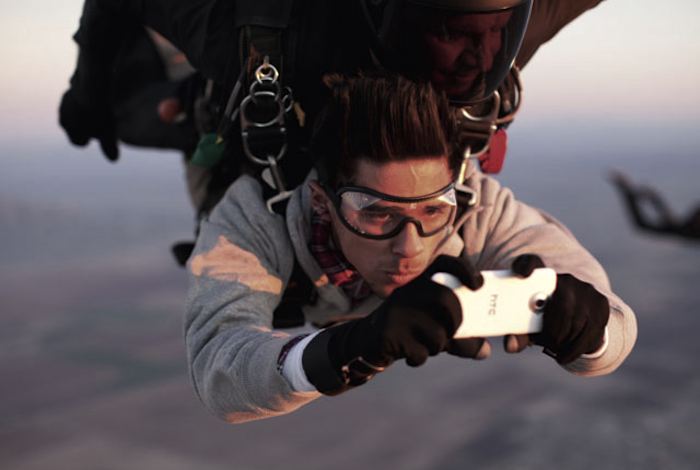 This is a feature that allows for users to take still captures while rolling video, and it’s something I never, ever use. In fact, I once found it so pointless that on a recent episode of the Pocketnow Weekly podcast, I had to ask my colleague Jaime Rivera why anyone would want such a thing. Jaime, who benefits from the perspective only having children can provide, pointed out that for once-in-a-lifetime moments, like college graduation ceremonies, users might want to have both a video and some photos of the momentous occasion. Thanks to that dose of paternal wisdom, I now understand and appreciate the concept. But in my view, that’s not the principal reason Nokia should be rushing to add the feature.

The real reason still-shots-during-video should be on the short list of additions is because of rivals like HTC. No matter what your views are on the company or its products, if you live in the western world, you’ve probably seen the video ad referenced by the screenshot above. In it, skydiver/BASE jumper/model Roberta Mancino jumps from an aircraft while photography student Nick Jojola tries to get the “perfect shot” while also recording video. It’s not a situation that most ordinary users will ever find themselves in, but it’s a commercial that HTC’s been aggressively pushing since the launch of the One X back in the spring. Even if you know next to nothing about mobile-phone photography, odds are you know this is possible. That’s why, though it’s more a prestige issue than anything else, the Lumia 920 should have it onboard.

HDR, short for High Dynamic Range imaging, is one of the unsung heroes of modern photography, at least in terms of smartphones. Unlike their more elaborate, dedicated counterparts, smartphone cameras don’t have interchangeable lenses, and only some feature manually adjustable settings like exposure and white balance. These tweak-able options make taking photos in adverse lighting conditions slightly easier, but changing them requires drilling down into the camera viewfinder’s menus, and isn’t a quick process.

HDR, as I covered extensively in my tutorial on taking great pictures with the Galaxy S III, is a much simpler means of taking photos in situations with lighting extremes, where automatic exposure control can’t be counted upon. Selecting the HDR option on a modern smartphone takes multiple shots in very quick succession at varying exposure levels, then uses software to stitch them together into one photo. That all happens in about two seconds. This means you can use a Galaxy Note II to take a shot in essentially the worst lighting conditions ever, a bright window in a dark room: 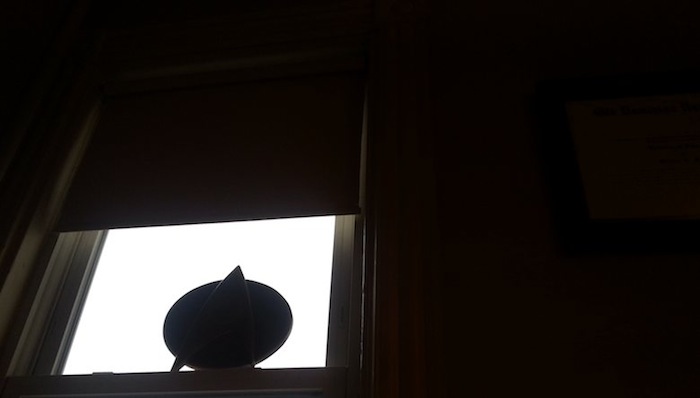 … and turn it into a shot that, while in this case is still terrible, at least lets you see what’s hidden in the shadows: 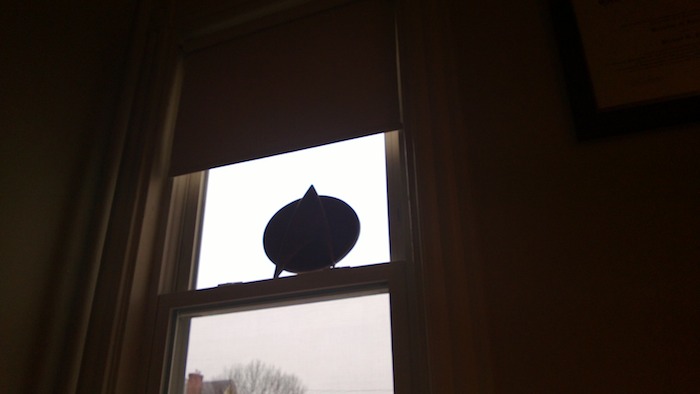 … which a flash makes more tolerable, but in a much harsher, less-balanced manner than HDR: 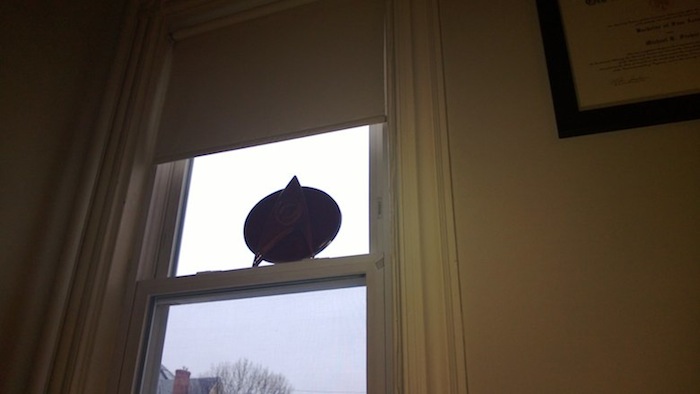 To its credit, the Lumia 920 also offers a shooting mode called “Backlight,” which helps a lot, but which also blows out the image and lends some of the dreaded “purple haze” to the scene. 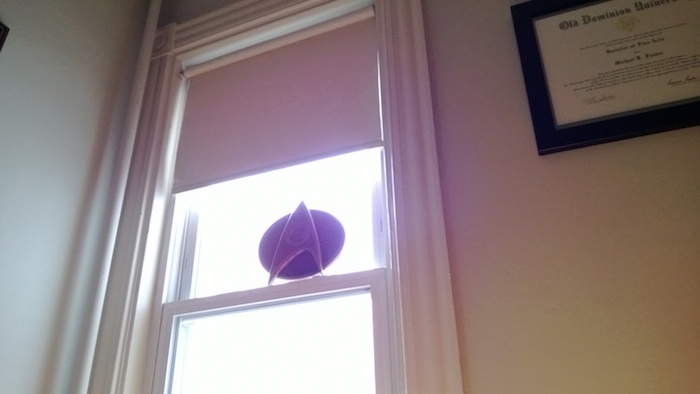 So the Lumia 920 has options galore to deal with challenging lighting situations, or with scenes where boosting midtones is preferable. And for all its merits, HDR is sometimes used as a crutch or cure-all when it’s not the best tool for the job; in some ways the Lumia 920’s fine-grain controls are better. But in the right situations, HDR is irreplaceable as a tool for creating beautiful images. And it’s something that the average user is steadily growing more cognizant of. The concept of HDR smartphone photography was first popularized, on a wide scale, by the iPhone 4. That was in 2010. There’s no reason why buyers of a flagship smartphone from Nokia, the long-recognized leader in smartphone optics, should have to rely on third-party apps for this functionality in 2012. 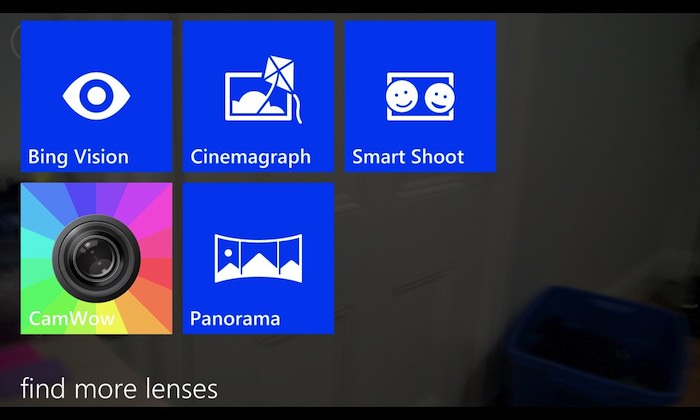 The good news is that all of the above are software shortcomings; we’re not dealing with hardware deficiencies, which means that new functionality can arrive in the form of over-the-air updates and new apps from Nokia, like the above-referenced Camera Extras. The Lens functionality built into Nokia’s Windows Phones is also an innovative and fun means of hosting these features, and I look forward to the day when my Lens screen is stacked with camera options like the ones mentioned here.

The bad news is that the market isn’t standing still, and while Microsoft may have all the time in the world to make Windows Phone a success, that’s not necessarily true of hardware partners like Nokia. These are features that Windows Phone can’t afford not to include, particularly on a flagship phone bearing the PureView badge. As far as it’s come since version 7, Windows Phone still has a lot of ground to cover to meet feature parity with its Android and iOS counterparts, and that’s as true in the camera app as anywhere else. Here’s hoping Nokia and Microsoft don’t spend too much longer relying on fancy hardware to make up for software shortcomings.

While we’re at it, I’d trade all -literally, all- of the above for a Windows Phone Instagram app. But that’s a rant for another day.