Nokia should have built a Windows 8 Pro tablet

Why is there no Lumia 2520 Windows 8 Pro edition? Read our thoughts on where this tablet misses the mark, and why Nokia made the choices it did.

Nokia’s announcements today have come and gone, and while we didn’t end up seeing every last little product we heard rumored, the big ones sure landed. That means that the first Nokia Windows RT tablet is now official, the Lumia 2520. And what a tablet it is: 1080p display, 2GB RAM, LTE connectivity, and the stalwart Snapdragon 800 powering everything.

But is it really everything it could be? Nokia says the tablet “takes everything you’ve got in your desktop or laptop and crams all that into a device that’s only 8.9mm thick and weighs a little over a pound.”

Well, I don’t think that’s quite true, and the distinction hinges on the one big flaw with the 2520: for nearly everyone out there, “everything” they’ve got on their PC also happens to include a full-blown operating system capable of running apps without restriction. That’s simply not what you get from Windows RT.

Why, oh why, Nokia, didn’t you develop a full-on Windows 8.1 Pro tablet, like the Surface Pro 2? 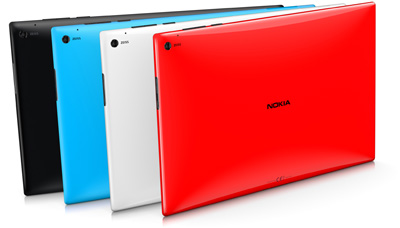 It just seems like a seriously missed opportunity. Especially when paired with the Nokia Power Keyboard, the 2520 becomes a machine just asking to run some more capable software. Sure, I can think of a few things to do with the two extra USB ports it provides in Windows RT, but there’d be a heck of a lot more possible uses if we were dealing with full-on Windows.

Granted, that would mean a different architecture – goodbye, Mr. Snapdragon – but there are some plenty worthy Intel chips to do the needed heavy lifting. Maybe throw in some extra RAM for good measure, and more flash never hurt anyone, but the 2520 is a hop skip and a jump from being a real dream tablet.

So, why did we get the 2520 as we did? Well, the tablet’s price is already kind of middle-of-the-pack at $500, and considering its competition, that doesn’t sound too unreasonable. But if the upgrades I’m talking about would push that price much higher, even just up into the $600 range, the tablet could become a more difficult sell. That $500 number is psychologically important, and it’s very easy for it to become a “paying too much” line in the sand. 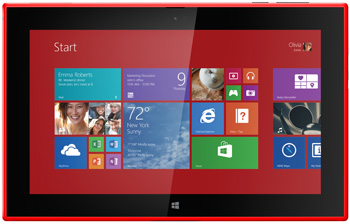 But maybe that’s just a part of it. We heard a while back that Microsoft might be trying to get Nokia to cancel its tablet plans, for fear of harming Surface sales. What if instead, Microsoft tried to make the best of the situation, and directed Nokia to bring some more positive attention to Windows RT.

Think about it: if the 2520 were a Windows 8.1 Pro tablet, it would just be another nail in RT’s coffin. Everyone would see that as Nokia, Microsoft’s golden boy, shunning the already troubled platform. It would be a different story if we got both RT and Pro versions of a Lumia tablet, but skipping RT altogether in favor of Pro would just be a slap in RT’s face.

The really smart move would have been for Microsoft to put Windows RT to rest this year as Windows 8.1 hit the scene, but it’s steadfastly been doubling-down on the platform. Considering its mired first year, that means that this is do-or-die time for RT, and Microsoft needs to drive it into consumers’ minds that this is a valid, competitive tablet OS. Maybe the way to do that is exactly with what Nokia’s brought to the table with the 2520: an attractive, capable RT tablet at a decent price.

I’m just not sold, though. I think it’s clear with the arrival of super-cheap full Windows tablets as we’ve been seeing from the likes of Dell, Lenovo, and Acer that Windows RT has already lost its footing. It’s no longer the case that RT is the more affordable or budget-minded choice; instead, it continues to lumber on as just the less capable choice.

In the end, I’m disappointed in the 2520, simply wanting it to have been something more. Sure, I can rationalize why it might have come out the way it did, but that doesn’t have to mean I’m happy about it. Nokia just should have steered clear of Windows RT altogether.