What the Lumia 2520 will mean for the Surface 2

With a Nokia tablet expected to launch in less than a week, who’s going to triumph in the Lumia 2520 vs Surface 2 battle at retail?

We’re in the home stretch now: less than one week to go until Nokia World in Abu Dhabi, when rumors claim that half a dozen or more new Nokia devices will make themselves officially known to the world for the first time. Sure, it feels like a lot of that has leaked already, but as recent development’s like yesterday’s rumor about the Nokia Guru make clear, there’s still plenty of room for surprises.

One model in particular we’ve been expecting for Nokia to debut is the company’s first Windows 8 tablet, presumed to arrive as the Lumia 2520. At least, this would be a prime opportunity to introduce us to the model, and we’ve seen an uptick in 2520 leaks over the past week, with some seemingly legit renders (as well as some of less certain provenance) turning up.

What I can’t help stop wondering about, though, isn’t necessarily what this new tablet would mean for Nokia, but instead what Microsoft must be thinking about this launch.

Let’s not split any hairs here: the Surface RT was a dud, and Microsoft would very much like to avoid seeing history repeat itself with the Surface 2. It can talk all it wants to about this tablet dropping the RT name in order to stem user confusion, but I ain’t buying it: the company’s actions don’t reflect its words, and I don’t think we’re seeing a “Surface RT 2” mainly due to a desire to distance this tablet from its predecessor. 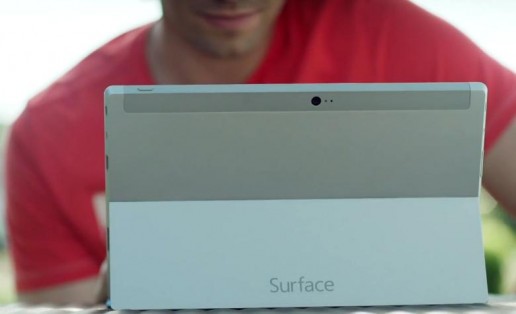 Now, pre-orders of the Surface 2 are currently underway – Microsoft has talked about how stellar the level of interest is, and how many Surface varieties have been threatening to sell out, but that could easily be more about PR than any reflection of reality – and we won’t know for sure how consumers react until the tablet hits shelves.

In case you don’t recall, that’s happening on… wouldn’t you know it, October 22, as well.

So if we’re reading this right, the same day Microsoft’s Surface 2 becomes available to the public, Nokia could announce its own Windows RT tablet. If rumors and leaks surrounding the 2520 have been accurate, we could be looking at a 10.1-inch 1080p display, 2GB of RAM, and a Snapdragon 800 SoC. Choice of processor aside, that’s very much in line with the Surface RT – heck, we’ve even heard that the 2520 could get a kickstand.

With the two so similar, it’s the differences we need to put under the microscope. The Qualcomm Snapdragon 800 is a well-respected SoC, powering flagship after flagship this year. The Surface 2’s NVIDIA Tegra 4, on the other hand, is a bit of a wild card; despite popping-up in a handful of models this year, it hasn’t really developed a rep as a killer chip, and user frustrations with previous Tegra models may spill over into negative public perception of this silicon – really, kind of like the whole “RT” mess in the first place.

Everything else being equal, if you spelled-out those specs to me, I’d be choosing the Snapdragon-based tablet, easy. But most consumers don’t think of things like SoCs to begin with. How will they react? 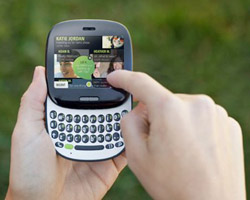 Microsoft doesn’t have the best track record with mobile hardware. Even looking past the Surface RT, the next most recent Microsoft-branded entry might just be the two Kin models from a few years back. It’s my understanding that some dictionaries are considering adding “Kin” as a synonym for “massive failure” in upcoming editions.

Nokia, on the other hand, is a company where it’s been hard (not impossible, sure) to find fault with its hardware. Say what you will about Windows Phone the platform, but Lumia devices have generally been very well received, and we’ve seen Nokia successfully target both higher-end and more budget-minded markets. Again, if I’m buying a tablet and know nothing more than that one model is made by Microsoft and one by Nokia, chances are I’m going with Nokia.

We’ve certainly heard rumors that suggest Microsoft is aware of opinions like mine, and they’ve suggested that the company could have been trying to cancel Nokia’s tablet plans, as part of its acquisition. From the looks of it, though, either that didn’t work, didn’t happen, or Microsoft changed its mind.

When it comes down to it, the tablet which comes out on top of this could easily be determined by pricing. The Surface 2 starts at about $450, for the 32GB model. While the 2520’s pricing is still unconfirmed, we’ve heard at least one rumor looking for it to be closer to $500.

Even costing more than Microsoft’s offering, that could be close enough that the idea of shelling out an extra $50 for a tablet perceived to be higher-quality seems perfectly reasonable. If, god forbid, Nokia manages to undercut Microsoft’s pricing – well, that’s game over for the Surface 2, right then and there.

Maybe we’re missing something important here – maybe there’s an aspect of the Lumia 2520’s design that hasn’t yet emerged in leaks – but based on all I’ve seen to date, the Surface 2 is going to have an uphill battle if it wants to stay competitive in the wake of the 2520.